Wakanow raises $40m, one of the highest single rounds by a non-online-retail business in Nigeria 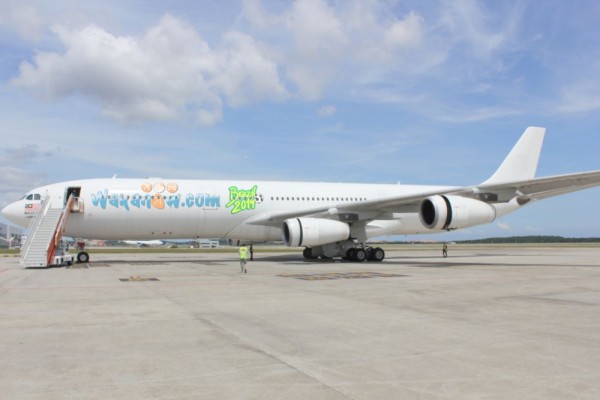 Wakanow, an online travel agency focused on West and East Africa, has announced securing a $40 million investment from The Carlyle Group.

The equity investment, which particularly came from Carlyle’s Sub-Saharan Africa fund (of which recently acquired Diamond Bank was a beneficiary), will help strengthen Wakanow’s market, “accelerate innovation and deepen its systems and processes to realise the vision of a truly world class online travel agency with African roots”.

The funding is coming amidst allegations that Wakanow has struggled to pay staff salaries for the last 4 months. Earlier in the year, the company was rumoured to be “facing financial challenges following an economic recession that has ravaged the aviation sector”.

If any of these rumours were true, then it appears that the Carlyle Group’s capital injection is timely.

Wakanow also ties Andela for the highest single round raised by a non-online shopping business in Nigeria. As far as funding values for single rounds are concerned, online shopping businesses have always led the race in Nigeria. Jumia Group tops the chart with its €120 million ($150 million) Series C round from Rocket Internet, followed by Konga’s $41 million Series C in 2015.

Founded in 2008 in Nigeria by Obinna Ekezie, Wakanow has grown to be one of West Africa’s leading full-service online travel companies, providing its customers with a one-stop online booking portal for flights, hotels, holiday packages, and other travel services.

This is not the first time Wakanow is raising institutional funding. In 2014, it quietly secured investment from African Capital Alliance. While the value of that round remains undisclosed, it gave Wakanow enough financial muscle to reportedly acquire Oya.com.ng, an online bus ticketing startup, for $2.5 million in 2015.