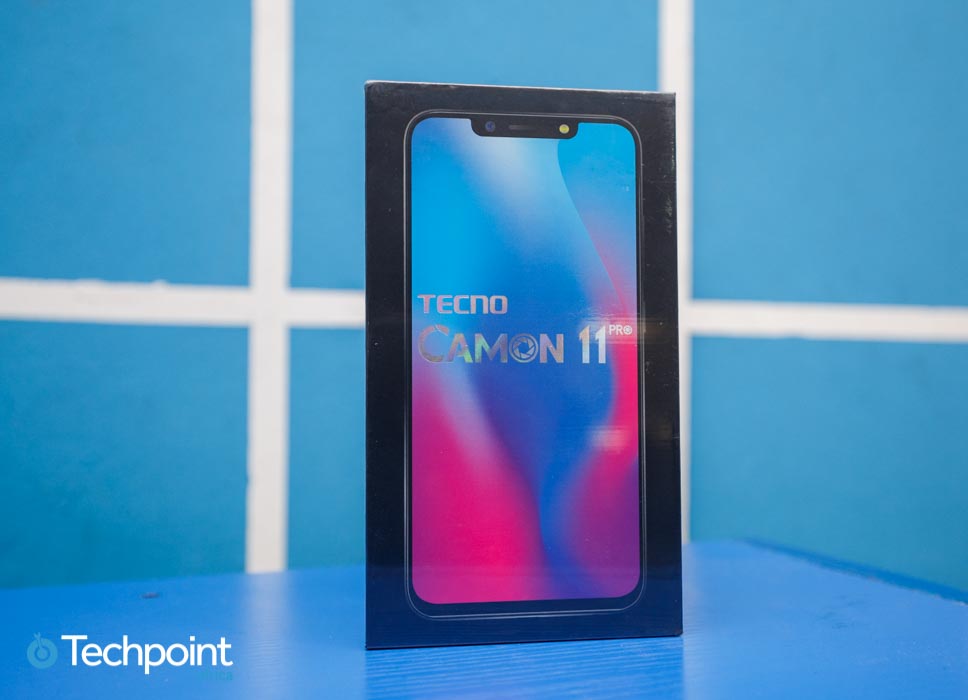 It’s been more than a year since the global launch of the TECNO Camon X, TECNO Camon XPro  and 4 other devices.

Suggested Read: Everything we know about the TECNO Camon X and 4 other phones announced yesterday

As the new addition to the series boasts improved specs and hardware, a review copy of the TECNO Camon 11 Pro is here for the looking.

In usual style, after the first box is slid out, the phone is placed atop the other

All these came inside the the black packet

…is on the inside flap of this packet

SIM and memory card holder on the other

Speaker grille, USB port, microphone and earphone jack are underneath

The 24 MP Camera, speaker and flash are all on the notch

The dual  — 16 MP and 5 MP  — cameras,  are above the flash on the back of the TECNO Camon 11. Fingerprint sensor sits adjacent the flash to the right.

At first glance, the TECNO Camon 11 Pro has an uncanny resemblance to the Huawei Nova 3i. And can be mistaken for the iPhone X.

On the other hand, it is a design leap for TECNO Mobile, with the notch as its most noticeable addition.

Its beauty and compelling body colours are intentional; it is quite a looker.

The double rear cameras are another glaring addition that adds promise to this phone. Otherwise, the TECNO Camon 11 Pro is quite similar in specs to its predecessor; the TECNO Camon X.