How Ibadan-based Crop2Cash is digitising the agric value chain, one crop at a time 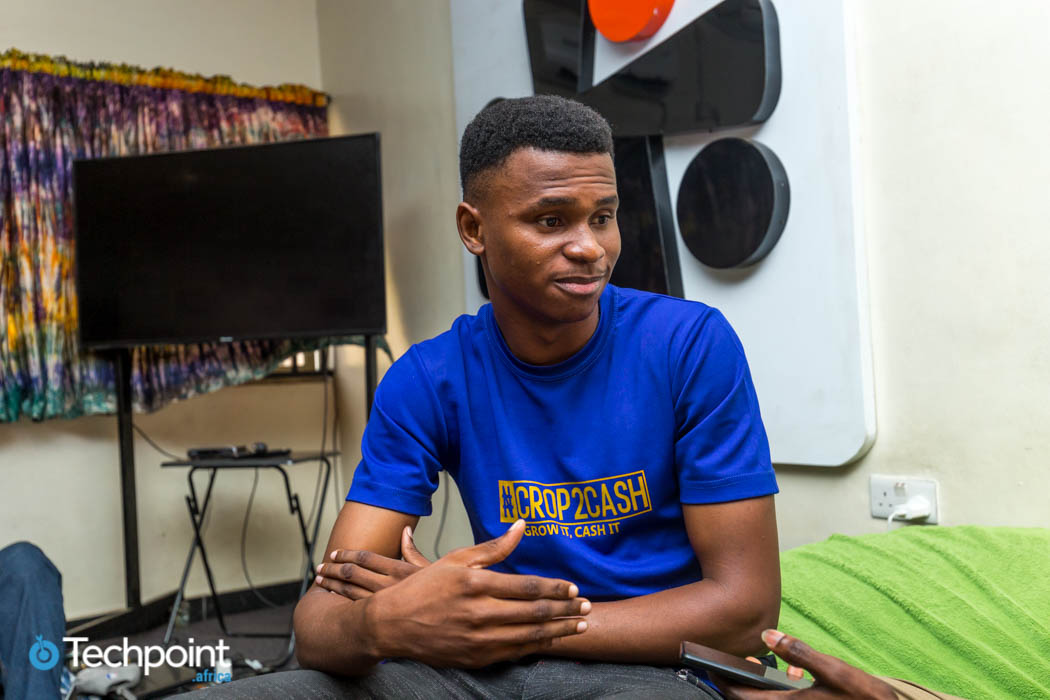 As of 2013, the Food and Agriculture Organisation (FAO) estimated that food wastage was valued at $750 billion annually. And according to a 2015 publication of McKinsey, food and agribusiness form a $5 trillion global Industry (PDF) which will keep getting bigger.

The twelfth item of the Sustainable Development Goals is ‘ensuring sustainable consumption and production patterns’ and the Food and Agriculture Organisation (FAO) is working on coordinating major global initiatives and projects to tackle food waste and loss, partnering with international organisations, the private sector and civil society.

With much-needed attention in the agricultural value chain, Michael Ogundare believes the sector is in the right place and time for technology to make it better.

“We want to be solving problems in every part of the supply chain.”

Ogundare alongside Emem Essien and Seyi Alabi co-founded Crop2Cash — the winning startup of the FCMB-Wennovation Hub Agri-Tech Incubation Startup Demo Day 2018 — towards addressing the challenges in the agricultural value chain.

Crop2Cash is an Ibadan-based startup which officially launched in May this year. Its major product, Supply Base helps agro-processors to completely manage the end-to-end of their supply chain. The startup is less than a year old and its end goal is to become the global leader among solution providers for the agricultural value chain.

“A lot of companies are doing their best to solve problems in agriculture, especially for farmers,” Crop2Cash CEO, Ogundare says. Hence, Crop2Cash is not directly solving the problems of the farmers but that of the biggest market for the farmers — the processors.

Ogundare claims that most of the agro-processors still make use of the likes paper and excel spreadsheet in managing their inventories which they can’t seem to get any insight from.

As it is, these methods of record-keeping are only adding more to the workload as these companies can’t really keep track of the quality of farm produce or the time of the year that has the best quality.

He cites an example of a company the startup visited where a single department maintains a spreadsheet that has over a thousand sheets with tens of rows and columns. Definitely, making anything out of this kind of spreadsheet would be tasking, if possible.

Presently, Crop2Cash has fully digitised the value chain of two food crops by building tools for the processors, easing activities like weighing, quality control, extension department among others. The solution is built in such a way that all the information in every department of a processing company is connected, thereby allowing anyone to get insights from all departments a lot easier and faster.

A process that would normally take a minimum of two weeks is now taking just a couple of minutes. The added advantage for the farmers is that they don’t have to wait for days to get the payment for supplying a processor, courtesy of an entirely digitised process.

And the processors don’t have to invest in any IT infrastructure to use Crop2Cash solutions as they are built as a progressive web application (PWA). PWAs are web applications that load like regular web pages or websites while also offering functionalities like working offline, push notifications among others.

This is taking into consideration the field agents and other workers of the processing companies.

“If you solve the market, then you get access to the market and that way, you can build a channel for the farmers themselves.”

Paper, excel spreadsheets and enterprise resource planning (ERP) solutions like SAP are considered as the major competitors of the company. The comparative advantage, Ogundare says, is that Crop2Cash solutions are specifically designed and built for the agricultural value chain.

This solution is addressing a problem that’s peculiar to the entire agricultural value chain irrespective of the country.

Crop2Cash not only works with the processors, but they also have a relationship with farmers — right on the farms — in a bid to have a clear knowledge of their harvest cycle among others.

Ogundare reveals that the agritech startup is working with farmers and all extension agents of the Kebbi State Agriculture and Rural Development Authority and Kebbi Agricultural Supply Company. Crop2Cash’s involvement would allow stakeholders to track farmers and their production easily.

Eventually, processors that need the data from the farmers and their production cycle would be provided access which would enable them to make informed decisions.

For example, if it’s been established that there are 200 farmers that are expecting a harvest of 2000 tonnes in a particular season. This kind of information prepares the processor for the harvest which will, in turn, minimise wastage of farm produce if any.

The agritech startup recently spent a week in Kebbi State educating quality control experts and extension agents on how to use its platform.

Just as the late founder and CEO of Apple, Steve Jobs, rightly put it, “people don’t know what they want until you show it to them”. Apparently, the processors that Crop2Cash has been working with so far are not aware of the problem in their sector and they are embracing the solution.

The major challenge for the startup since launching is funding. Ogundare claims that getting to work with farmers in rural areas is quite expensive. To address the funding challenge, the startup resorts to using partnerships.

“We’ve realised that all of these things that funding could solve, can also be solved with partnerships.”

So far, the agritech startup is in partnership with the Kebbi State Government, the German Development Cooperation (GIZ) among others.

Towards its mission of becoming the global leader, Crop2Cash is currently working with major rice mills in the country. And having perfected the value chain of rice and maize, the startup is already making plans to add other farm produce — both food and cash crops.

With a short-term goal of expanding beyond Nigeria, the startup is already in talks with rice mills in South Africa and Pakistan but Tanzania is likely going to be its first port of call as it’s planning to launch in the East African country by 2019.

“Why not agriculture? This is the right time to play in the sector,” Ogundare said, in response to the question of the choice of agriculture for the startup.

Even the federal government of Nigeria has since claimed to be on a mission to make agriculture the new oil for the country.