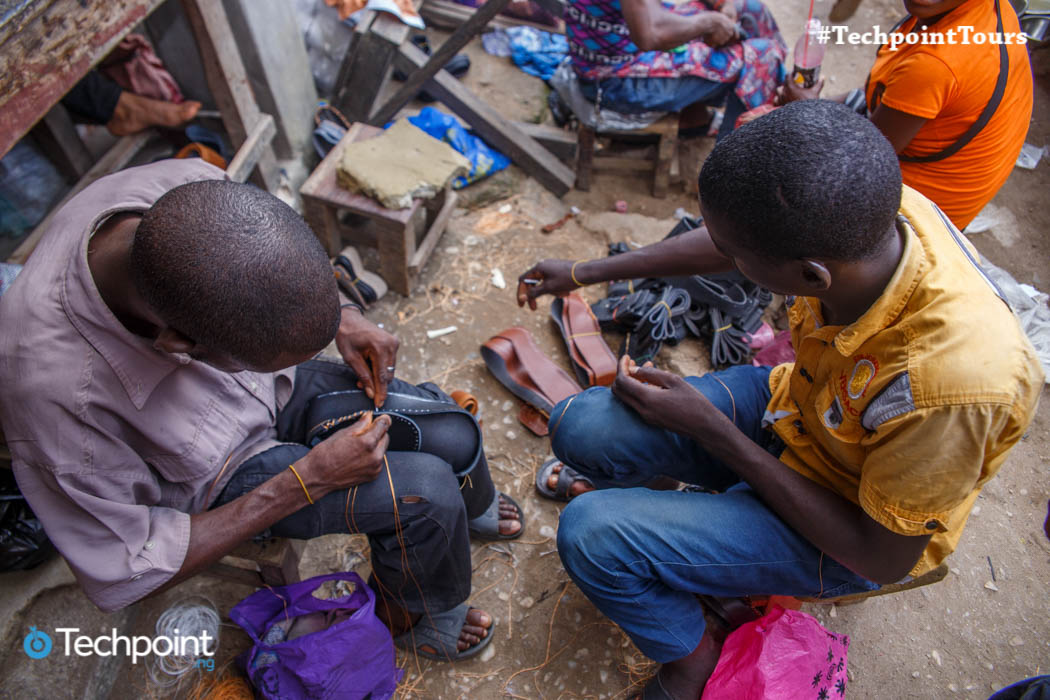 Much has been said about the uniqueness of the Igbo Apprenticeship system popularly called ‘Imu-Ahia’, which literally translates to ‘to learn market/trade’. It has been considered as perhaps, one of the major factors that helped pull majority of South-Eastern families out of poverty within 30 months of the Biafran civil war.

There have also been the calls for a restructuring and mainstreaming of the apprenticeship system in accordance with the contemporary realities of business funding, processes and training.

Learning a trade has always been the norm with the Igbo people of South-East Nigeria. An Igbo person believes in controlling his financial ‘destiny’ and the best way to guarantee this was through commerce and venture into business.

However, the end of the civil war and the harsh 20 Pounds Policy of the Nigerian government made the adoption of the system inevitable as poverty hampered business funding.

A brief comparison with the apprenticeship system in the South-West (predominantly Yoruba) region reveals an interesting divergence.

Here, the apprentice, upon completion of their apprenticeship pays the master a ‘freedom fee’, buys drinks and throws a party according to his/her financial abilities before they can graduate and get on with their trade officially. The period of apprenticeship is usually 2 – 3 years on the average.

The apprentice is usually presented with a certificate. The apprentice does not necessarily live under the care of his/her boss and is responsible for his/her own feeding in most cases.

Conversely, in the Igbo apprenticeship model is a departure from the above. Apprentices join an established business person, leave their parents/family to live under the care and supervision of the master.

The apprentice is often closely related to the master. They do not travel home during festivities to their family without the consent of the master even if the master and family are in the same city.

Igbo apprentices also do other domestic chores in the house like car washing, ironing and cleaning whenever they are not in the shop. They are appraised based on not just work ethic while learning and growing the master’s businesses but on performance in non-business related areas like respect for the master’s spouse/family etc.

At the end of the apprenticeship, they are compensated with a take-off fund which they use for shop rent, goods, equipment (if needed) and in some cases, accommodation for a given period of time.

This does not in any way prevent collaboration with the master despite being a competitor. In fact, in some cases due to the apprentice’s weak buying power, a master can assist with goods procurement for a former apprentice to help them reduce overhead importation/exportation cost.

You may wonder the reason for the high success rates of the ‘Imu-Ahia’ system despite the absence of structures and processes like Seed Rounds, Equity Splits,  Venture Capital and so on.

First, as awkward as it may seem, apprentices avoid the malicious use of the master’s resources as it is believed that such actions could inhibit success in their own future businesses. This fear engenders honesty during the years of service as every proven act of theft, diversion of fund and flamboyant use and wastage of business finances terminates the arrangement.

There are cases of apprentices managing a business branch with little to no supervision. This ownership mindset that the success of the business is also theirs in the long run encourages them to commit enough sweat equity into it.

Second, no master would want to incur the wrath of the community back home,by failing to keep to the terms of apprenticeship after the agreed number of years of service.

Following this is the fear of labelling. To be seen as a master with a reputation for not settling apprentices is a tag that lasts generations and the fear of the apprentice’s ‘chi’ (a person’s personal deity in Igbo traditional religion) affecting the master’s fortune for not keeping their own side of the bargain after years of service. This informs the reasons behind accepting a small settlement package given with the master’s blessings rather than a fat but grudgingly-given one. To the Igbo person, the ‘Imuahia’ relationship is spiritual before being financial.

There have been calls to merge this successful system with the contemporary practices of running and funding businesses especially startups. There are areas where both systems could explore and make  necessary adjustments. For a successful adoption of practices on both sides, there are certain questions one should ask and areas worth thought-out responses and policies.

Let’s consider the number of years put in. Businesses like Andela and Lambda Schools have made the process of acquiring a (technical) skill measurable and interesting with a compensatory model for both the teacher and the taught.

The tech and corporate community may not have the resources to house, feed, mentor and compensate a trainee with a given amount to start a business or what we generally term an ‘MVP’ over a period of 5 – 7 years.  The Igbo model guarantees this and in some cases, housing before the apprentice finds their feet in business.

Following this is a consideration of our anti-trust or competition laws, if any. In a world of Non-Disclosure Agreements (NDAs), Non-Compete Clauses and Trade Secrets, which business would open up its core business practices and clients to an apprentice who would be a competitor in the near future without a demand for equity or stake in the apprentice’s business?

In the Igbo model, some apprentices start representing the business at negotiations and importations with foreign trade partners within the first 3 years.  This gives room for trust, confidence-building and exposure.

Importantly, how do we protect an apprentice whose time and sweat has been invested in a business for a given number of years? This is in the unfortunate event the business goes belly up. What metrics would signal a successful apprenticeship that would be fair on both parties? In the Igbo apprenticeship model, settlement timelines are missed and are compensated for as well.

Pivot and brand/product extensions are normal in business. It then begs the question, what becomes the fate of an apprentice in the eventuality the business pivots to a different product or service offering? Is the apprentice bound by the arrangement to continue even when they lose interest or passion for the new path?

Education costs money. Fresh graduates with newly-minted degrees have aspirations placed on them by families, friends and the society. These aspirations and hopes are majorly financial. There then is a need to find a structure that makes this model appealing enough to put gratification and the need to earn immediately by the side but rather learn. This requires a buffer sort of, on both sides; the organisation taking up the graduates and the graduates willing to learn.

This would need the intervention of the government with the right policy instruments like legislation and allocation of the right resources in form of subventions and tax incentives.

This should include but is not limited to, insurance covering the businesses taking these apprentices in and the right legal templates that make these arrangements a simple to read and understand for the interested apprentices. These and other options are worth exploring for a model that has worked for almost a century, if not more.

Chinedu Okoro is a policy analyst and a tech enthusiast. He co-hosts the BTLP Podcast and tweets via @Nedu64.