3 months after its inauguration, the Presidential Advisory Group on Technology and Creativity seems to be stalling 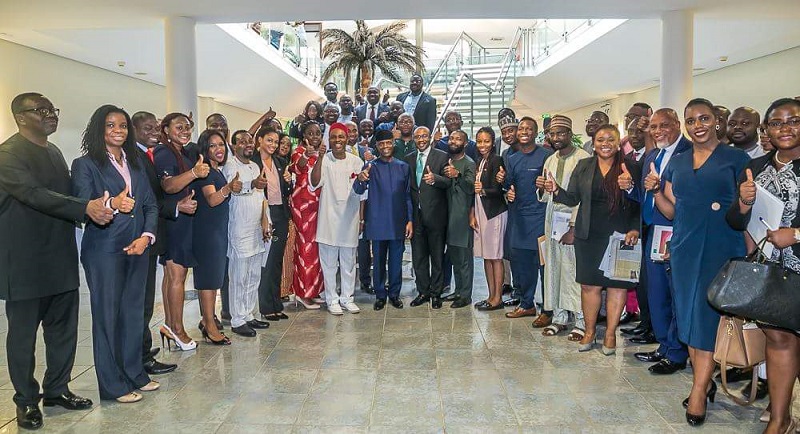 On June 11th 2018, exactly 3 months — and 2 days — today, Vice President Yemi Osinbajo inaugurated the 50-man Presidential Advisory Group on Technology and Creativity. Not much has been seen or heard about the group ever since.

An article had earlier critically examined the makeup and agenda of this group. And the fears listed in said article are seemingly unravelling, howbeit slowly.

Suggested Read: A critical look at the Presidential  Advisory Group on Tech and Creativity

According to multiple sources within the advisory group, it is yet to even convene its members since inauguration.

“Believe it or not, after the announcement was made, the group has not met to continue the conversation that led to its formation in the first place. It sounds like a terrible joke, but is true,” Emeka (not real name) says.

James (not real name) confirms this. According to him, after the inauguration, some members of the team went with VP Osinbajo on the famed Silicon Valley tour. That was reportedly the last activity involving the group, till date.

“Members are supposed to get meeting details and general agenda via email, but nothing yet. As we speak, I can assure you that no member of the team has gotten a mail or notice of any sort.”

“The intent and strategy of forming this group is right — as with most things — and I laud the government for taking initiative, but if I am being honest, the implementation is completely lacking as always,” Emeka continues.

In the Vice President’s announcement on Facebook, he said the group will “add value to the existing policies by coming up with an inclusive and all-embracing roadmap for promoting the technology and creative sector so that they can create jobs, contribute to growth and improve the well-being of Nigerians.”

How can a roadmap be created if the group has not even formally met or communicated in 3 months after inauguration? Is there a real goal for this group or is it just another publicity stunt?

Emeka thinks something is cooking as there are consultants hired to match members with different roles and themes.

But the question still revolves around the same theme; can meal preparations go on in the absence of the cooks?

Program Coordinator for the Advisory Group on Technology and Creativity, Edirin Akemu says the group has been focused on outlining initiatives to tackle and that concerned parties have been contacted.

Edirin says the VP’s visit to Silicon Valley and Los Angeles was the group’s first activity.

“The main objective of that trip was to increase awareness of the opportunities inherent in Nigeria. The US Nigeria Council corporate venture fund and an increased engagement with foreign counterparts are all fruits from this trip,” she adds.

Suggested Read: There is a new venture fund from Silicon Valley for Nigerian entrepreneurs

“Since then, the group has been divided into 3 and will be led by representatives from both the public and private sectors. Their focus areas will be; innovative infrastructure, financing and regulations for the creativity and technology sectors.”

According to her, the next meeting of the council will be in early October where the VP will get updates on initiatives and roadmaps from the group and how to move forward.

She said even though the group has not been in the news, evidence of work will be visible as time goes by.

On whether it is normal that most members of the group have not been reached out to in over 3 months of inauguration,

“I am not saying it’s correct, but I won’t say it’s completely unusual either,” Edirin concludes.