After $12m ICO, Kora wants to become the first $5b tech startup in Africa 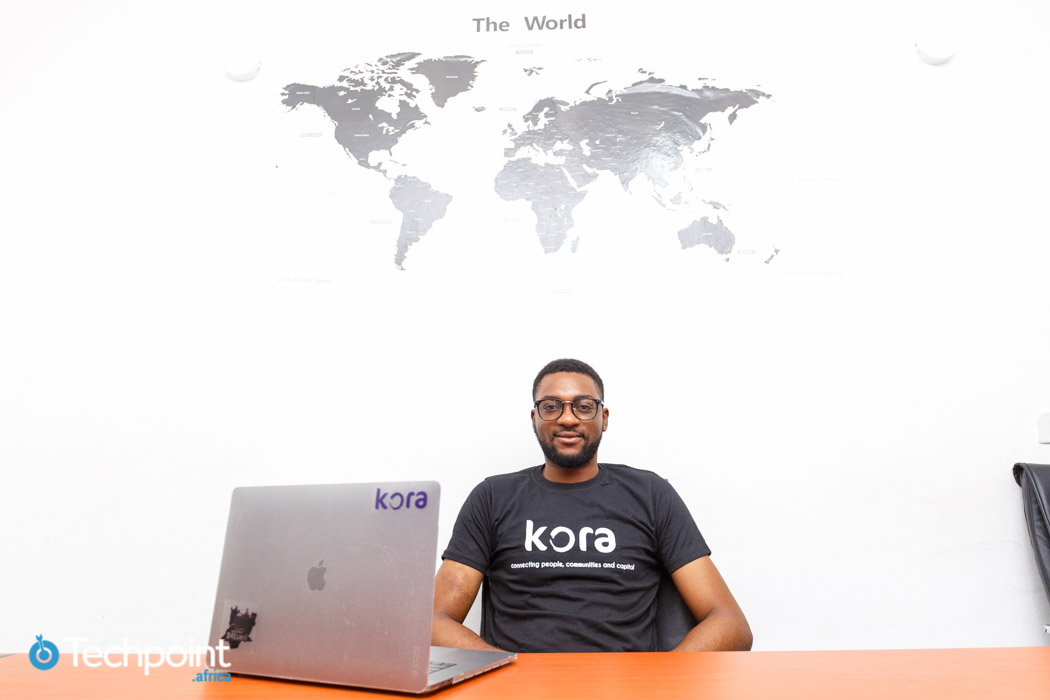 There is still no clear path for blockchain and cryptocurrency in Nigeria as the regulatory body – the Central Bank of Bank (CBN) – has been warning Nigerians against venturing into it.

The apex bank is still figuring out ways to regulate or provide a framework for blockchain in the country, but this doesn’t stop companies from using the technology to offer solutions for businesses and people alike.

One of such companies is Kora Network, a startup that’s utilising blockchain to enable people to send money to each other.

Dickson Nsofor — while working in New York, USA — usually found it difficult to make remittance back to Nigeria.

“It was faster to drive cash to Ghana than to transfer money using a digital channel. And I thought to solve this problem,” he recalls.

A Covenant University alumnus, Nsofor is the founder and CEO of Kora, a cross-border financial service platform built for Africa.

Kora enables people to send money to each other irrespective of the distance between them, and at a cheaper rate. Utilising blockchain technology, Nsofor and his team have found a way to significantly reduce the time it takes for settlements.

Kora’s remittance service — cross-border payment — which will be going live in September 2018 has been in test phase since March this year.

Down the line, the startup is looking forward to adding other services to its offerings. With current target users being the banked and underserved populace, there are plans to later tailor its services to the unbanked population in Africa.

There is also token system through which users are incentivised for using its remittance services. Which is similar to the points that some commercial banks in Nigeria give their customers for using any of their online channels for transactions.

There are still push backs from African governments regarding the blockchain and cryptocurrency. But for Nsofor, blockchain is a backend infrastructure technology which the regulators and businesses shouldn’t be scared of.

Recognition and acceptance of the technology would ensure that the African continent doesn’t end up adopting it too late.

Nsofor advises African governments to allow and be open to the exploration of this technology.

Head of African Operations at Kora, Gideon Orovwiroro who attests to the lack of knowledge of the technology on the part of African governments, considers regulation as one of the major challenges for the startup.

“A lot of African governments would rather adopt the sit-and-look approach, as opposed to being proactive which is keeping the continent back.”

Pending when blockchain regulation catches up, Kora is deliberate about working with licensed mobile transfer operators, mobile money operators, money service business as well as the banks, relying on the various regulatory frameworks guiding these players.

Getting a Payment Solution Service Providers (PSSP) licence is part of the future plans of the startup.

Nsofor attributes the lack of African Internet billionaires to the inability of Africans to catch the Internet bubble during its early days.

Kora raised $12 million in an initial coin offering (ICO) in May 2018. And with the goal to build the infrastructure that does the money transfer, Kora is looking forward to becoming the first $5 billion tech startup from Africa within the next 5 years.

Also, in the nearest future, Kora wants to have a major stake in the financial service market: controlling micro-credit, micro-insurance, credit scoring among others in Africa.

“The end goal is to be the leading Pan-African digital banking solution provider from Africa by 2022. We want to be controlling payments, remittance and digital banking across the continent.”

All efforts are geared towards ensuring ease of financial communication within the continent with no distance or currency barrier.

Global Internet companies with payment features are already looking into Africa, a move which Kora CEO considers great for the startup as it would be a case of competing or getting acquired.

Kora is positioning itself to be ready for the global internet companies when they arrive in Africa.