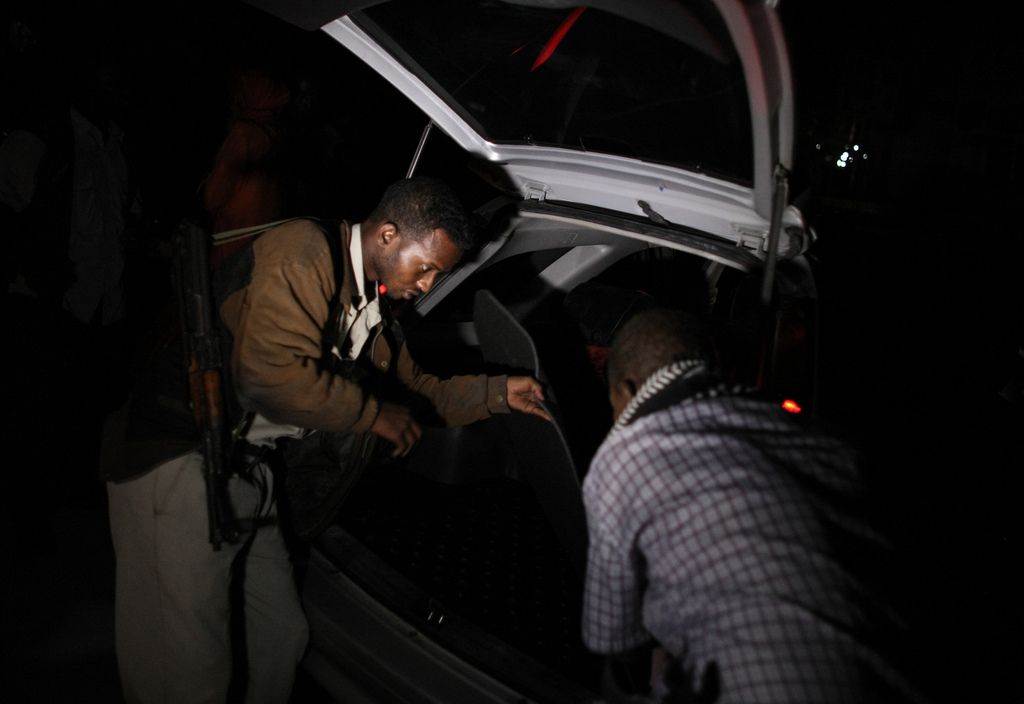 After long months of calling on the government to end the misconduct of officers of the Nigerian Police Special Anti-Robbery Squad (SARS), Nigerian youths have gotten the break they have been pushing for through the #EndSARS campaign. Well, almost.

This week, Acting President Yemi Osinbajo directed the Inspector General of Police to “overhaul the management and activities of SARS”.

Following persistent complaints and reports on the activities of the Special Anti-Robbery Squad (SARS) that border on allegations of human rights violations, I have directed the Inspector General of Police to, with immediate effect, overhaul the management and activities of SARS. pic.twitter.com/xliQS1CRBN

We WON Guys! #EndSARS #ReformPoliceNG @julietkego @Tutsy22 @DrJoeAbah Time to build a new. The #NewNigeria is real. Congrats to @PoliceNG as we begin to reform. Out with the Old and welcome the New. 👏🏼👏🏼 #OsinbajoDelivers pic.twitter.com/jHlyjbirsn

We can do things if we work right and together. #EndSARS #ReformPoliceNG pic.twitter.com/ZYq40mrH1k

Not so fast, what does “overhaul” really mean?

Biko, the overhaul word dey confuse me, does it mean there will no more sars? #EndSARS

Osinbajo's letter on the overhaul of SARS is looking like a political PR to boost approval ratings for Buhari. All that has come off the letter is a change of name.
An overhaul is about sacking the toxic people who made up SARS. SARS isn't just a name, it is the people behind it.

Osinbajo's PR is deceiving you guys. It would be laughable if it wasn't so serious. Again, the letter directing for the "overhaul" of SARS is just hot air. All you need to do is remember Ogoni cleanup which the same Osinbajo launched in 2016.

Yes, the Acting President, Prof Yemi Osinbajo has asked IGP to overhaul SARS, but the question is, WILL THAT STUBBORN TRANSMISSION F.C MANAGER OBEY THE ORDERS??? #EndSars #OverhaulSARS #ReformPoliceNG

Did the Ag. President ask the IG of @PoliceNG to overhaul the management and activities of #SARS or to simply change the name? I'm not understanding this.

Someone, please educate me.

Africa Facts Zone has decided to name Social Justice Advocate, Segun Awosanya, the CEO of AliensMedia and Convener of the #ENDSARS campaign as the AFZ Person of the Year for the 2nd year in a row. #ENDSARS calls for the end of the human rights abuses committed by crime unit, SARS pic.twitter.com/k8r9pzhGoo

Finally, Osinbajo has agreed to check VAR on #EndSARS

He has also issued them a YELLOW Card for their FEROCIOUS tackles.

The World is Happy.

And we hereby congratulate our Legend and Team Captain, @segalink for this Historic win.

Anyways I'm particular about what is gonna happen to YOMI SHOGUNLE… He needs to be removed!

How's Yomi Shogunle, is everything fine at home? 😂😂😂#EndSars pic.twitter.com/Es8Z2dD1FT

I just saw SARS beating a grown man into their bus. What exactly did they overhaul or am I missing something?

Barely 24 Hors After The Ag President Yemi Osinbajo Gave Directive To IGP On #EndSARS, SARS operatives are currently having their way and extorting in Surulere, Lagos.

Yes, the Acting President, Prof Yemi Osinbajo has asked IGP to overhaul SARS, but the question is, WILL THAT STUBBORN TRANSMISSION F.C MANAGER OBEY THE ORDERS??? #EndSars #OverhaulSARS #ReformPoliceNG

Am I the only one unbothered by SARS overhaul on paper??
The same govt that allegedly increased allawee for corpers?
The same govt that vowed to centralize internship this year and passed a circular to that effect?
Naaa…let me save my excitement for when its actually done…

Those that campaigned for #EndSARS I hope they will continue until they get what they are demanding for? Overhaul SARS is for #ReformSARS people

Will SARS really be overhauled? Only time will tell. While we wait, check out other trending topics on social media this week. Spoiler Alert: There’s a story from Kenya.

This week, Victor Moses, Nigeria’s Super Eagles player and Chelsea FC winger, announced his decision to retire from international football. According to the 27 year-old, he made the decision to focus on his club career and family. Read below.

Thanks VICTOR MOSES 🇳🇬 ! @VictorMoses you were a true Nigerian ! Unlike Dele Alli , Ross Barkley and the other fools that decided to play for England … pic.twitter.com/Nyd0IGU4Qs

Honestly, Victor Moses retirement isn't surprising to me. Body language and background information in Russia pointed to this decision. I saw it coming, in fact the decision came late.

Thank you Moses for all the memories, All the best!!

Thank you Victor Moses. You are a HERO!!!

How old is Victor Moses that he is announcing his retirement from 🇳🇬 international football. Every wan dey comot their hand for naija

There is no doubt Nigeria/Nigerians will miss Victor Moses but it's sad that we didn't prepare for this kind of exit.

At 28, Moses shouldn't be quiting international football but we have to respect is decision.

One of the best on his day. Good luck Moses. #PoojaFootball

Strange decision by Victor Moses to retire from international football.There is a lot excitement & promise around this set of Eagles & they could go on to do great thin.But he has a family now & the opportunity cost of those international breaks is family time.We will miss him.

It was a pleasure to play alongside such a great player. You have served your nation well and will always be remembered. Good luck in all you do🇳🇬🦅🙏@VictorMoses pic.twitter.com/b7gVutJf7T

Thank You For Paving The Way For Us. You Achieved So Much For Our Country. It Was A Pleasure To Play With You, Wishing You The Best Big Bro @VictorMoses 🙏🏽🇳🇬 https://t.co/cMH4uELPdD

Victor Moses’ retirement may not be the last we hear. Others likely to follow. Surprised it took this long #Team9jaStrong

Why did Victor Moses retire from international football at 28?
When there's nations cup next year? Nah, he shouldnt have

Someone made a thread of Victor Moses’ achievements for the Super Eagles. Read it here.

Is Duncan Mighty a legend?

Remember last week’s argument on whether Wizkid revived Duncan Mighty’s career or not? Well, this week’s gist doesn’t exactly paint Duncan Mighty in a legendary light, at least in the opinion of many Nigerians.

It all started when a video of Duncan Mighty almost prostrating for Davido went viral. Watch it below.

Duncan Mighty attempting to prostrate for Davido is either humility at it's peak or the most hilarious thing I've seen since teletubbies. 😂😂😂😂 pic.twitter.com/XAVR5piGV8

Apparently, Davido flew to Port Harcourt to shoot the video of the song he recorded in collaboration with Duncan Mighty and Peruzzi.

Spent two weeks defending Duncan Mighty with all my might, only for him to go thank Wizkid profusely on TV, & almost dobale for Davido. 😒😒

Duncan Mighty is falling the hands of his supporters lmaoooo

Duncan Mighty fans see him Vs how he sees himself. pic.twitter.com/0lVE6FU3wF

Duncan mighty is officially no longer phs first son. We give that title to Timaya, someone that has a sense of self-worth and would not go and disgrace us outside. Thank you.

Duncan Mighty is still one of the greatest

Duncan Mighty is up there with 2 Face in my head. Argue with ya mommas

Duncan Mighty trending 📉 again. I really don't know why but I saw Davido and Prostrate 😟 pic.twitter.com/GqhPVcaBO8

God is no respecter of Age, Time, Wealth or Statues.

Duncan Mighty was Overwhelmed with what God is doing in his life.
It brought him to his knees, he didn't to @iam_Davido as a human being.

He was humbled by God.

Wene has been too overlooked..
God REMEMBERED HIM!!

"Duncan Mighty" was not bowing to Davido because he feels inferior, the gesture only shows how appreciative he is. Davido's reaction was just perfect too. #Gratitude #PlaymodeMusic #VATA2019Declaration #UNICAF pic.twitter.com/yAx2yPEkHj

About d video posted online abt Duncan Mighty prostration 2 @iam_Davido,let me clear it. He was just grateful Davido came 2 feature on his song, stress over with d whole cost of fuelling his private jet but never still’ll charge him 4 d feature. It's just a thankful generous act.

Kenyan Taj Mall to be demolished in 14 days

Yesterday, the Kenyan government gave the owners of Airgate Mall (formerly known as Taj Mall) a notice to demolish the building within the next 14 days. According to the government’s multi-sectoral committee, the building is hindering the expansion of the Outering Road, located in Nairobi.

Taj Mall notice of demolition issued.
Tenants have until 30th August to vacate the mall. The building will also be demolished ‘at the owners risk and cost’. pic.twitter.com/hUnuAkkkWG

Ramesh Gorasia, the Managing Director of the mall has dared the government to demolish the building. Read all about it here.

Taj Mall owner Ramesh vows not to demolish his building and dares whoever is pushing for the demolition to stop hiding and show his face. pic.twitter.com/dvvf1O6Efa

The most glaring reason why the Taj Mall need to be demolished. Painful Sacrifices must be made for the country to develop. pic.twitter.com/Xlf0qXxpnA

This is the aerial view of Taj Mall. How will Gorasia even defend himself? pic.twitter.com/0wdUckv0eA

Just watched the Taj Mall owner calling the demolition notice nonsense and the committee stupid while questioning Uhuru’s legitimacy. From where does this man draw all this arrogance? This what happens when you give foreigners to much space in your countries. Is Kenya, Indian’s?

The way Taj mall owner Ramesh talks you may think he owns this country. Such people should be deported back to their countries, here in Kenya we respect the law and government institutions.

That Taj Mall notice is NONSENSE. You don't give grabbers notice. They didn't give us notice that they wanted to grab. #STOPTheGrabbers

How hon. Sany operators are preparing themselves on forthcoming Taj Mall demolition. pic.twitter.com/ryhh5i8sk2