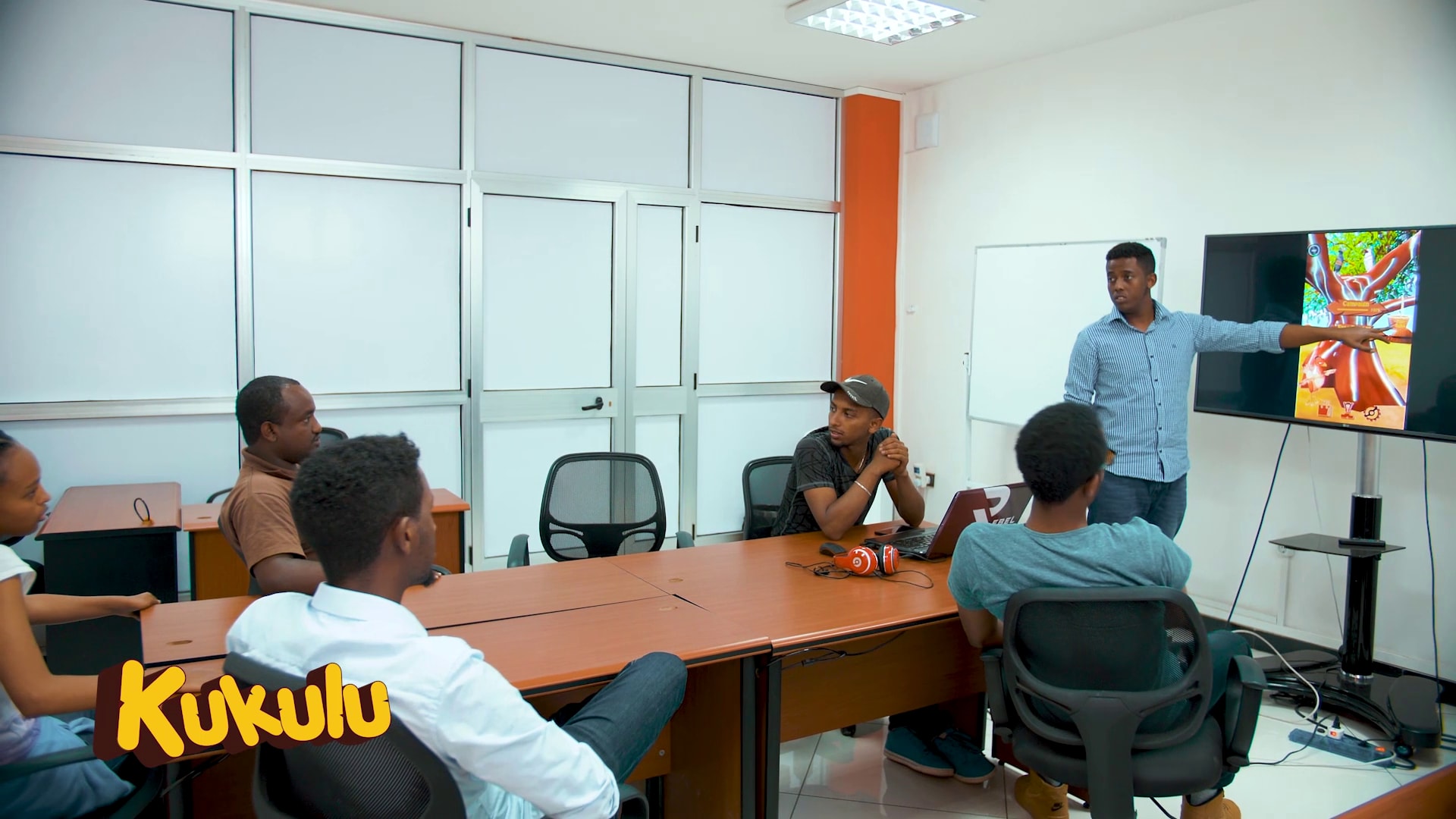 “On a holiday morning in the magical land of Ethiopia, Kukulu, the brave chicken, is about to be slaughtered by her captive farmer. Can you help her escape and run for her life?

And so begins the epic magical adventure of Kukulu, Ethiopia’s first 3D runner created by Qene Technologies, also the country’s first game development company. Since Kukulu was released in April 2018, it has garnered over 3000 downloads and a 4.8 rating score on the Google Play Store.

Dawit Abraham, the CEO and Lead Game Developer, alongside his cofounders, Samrawit Demeke and Henok Teklu established Qene Technologies in January 2017 to create fictional superheroes that Africans can relate with. Releasing Kukulu a year after was one of many steps to achieving their goal.

Gaming, as an art form is one of the most intrusive today because technology has expanded the canvas upon which artists are able to paint and tell their stories. The result of a Grand View Research released in January 2018 projects that the global gaming industry would be worth $171.96 billion by 2025.

In order to tap into the potential of the industry, many game development companies are springing up across Africa and Dawit Abraham wants to make sure Ethiopia is not left out.

Up until April 2018 when Abiy Ahmed, the new Ethiopian prime minister came into power, the country was not exactly the most favourable place to start a business, let alone an Internet company. For years, the Ethiopian government imposed a restriction on the use of the Internet and didn’t budge despite the series of anti-government protests.

However, under the new leadership, the country is undergoing a series of reforms that are making things easier than they used to be.

“If we had released this game six months ago, we would have had a significantly lower number of downloads because Internet was restricted throughout Ethiopia, due to the regime. But a lot has changed with the new prime minister.” Dawit told Techpoint

Asides the unfavourable business environment, Dawit and his team, like many African startups, faced the challenge of funding their operations while building the game. They were able to overcome their initial funding challenges when they were incubated by Gebeya, an incubator and investment facilitator within Ethiopia.

While they were incubated, the Gebeya team provided Qene Technologies with funding, a workspace and business-oriented training that helped them scale beyond the initial stage. All that was left at the time was to build a team that would deliver a top notch game.

“We had the quality standard of the international games to compete with because everybody here plays Subway Surfers and Temple Run so we had to make sure that we build a product that is just as good and even better”.

Even though there have been 2D games released by individuals in Ethiopia before 2017, the lack of an existing gaming industry in the country saw Dawit and his cofounders face some major challenges in talent acquisition. While building the first version of Kukulu, they had to outsource most of the aspects of the project to graphics design companies outside of Ethiopia.

Between the beginning of 2017 and now, the Qene Technologies team has grown from a founding team of three, to a team of 15 professionals from different fields all working tirelessly to keep the company on its feet.

“One person falls into a lot of categories. A team of 15 people is actually a huge one for an indie gaming studio. There are a lot of games made by four or five people, we’re lucky to have this big team but it’s not as big as those games that have 100 or 200 people working on them. So we still have to make sure that one person moves things around a lot to make sure that all things that are required for the game are being done”.

While the rest of the team focuses on updating Kukulu and working on building other games, the business team is plagued with finding new ways to monetise the game since game monetisation is one of the major challenges that face the African gaming industry.

Currently, Kukulu is free to download and play to the end of the first level. To unlock the full game which has three levels in the prerunner mode, players would have to pay $1. They also generate revenue through ads and in-app purchases.

“It’s actually starting to generate revenue. We have already made an amount that is actually very surprising for us, considering the number of downloads we’ve had,” says Dawit.

However, there’s still a challenge of convincing many Africans to part with $1 to play the game. At the moment, most of the revenue generated is from outside Africa.

“We have people who have a lot of problems generally in life and you give them this game and ask them to pay for something as insignificant to them. It’s really hard to convince them but things are not the same now as they were a year ago or two years ago. Africans are going in that direction where they are able to afford $1 for their entertainment”

Dawit is confident that the game economy techniques put in place in Kukulu to make it interesting and worthwhile to purchase will ensure the generation of more revenue.

According to Dawit, Qene Technologies wants to keep building African games that will compete internationally and inspire young artists and developers to create their own gaming companies.

“We want to prove that the gaming industry is actually going to work in Africa, to make sure a lot more developers venture into game development”.

Being the lone gaming company in Ethiopia is obviously too unchallenging for the Qene Technologies team, they are working hard to inspire some competition.