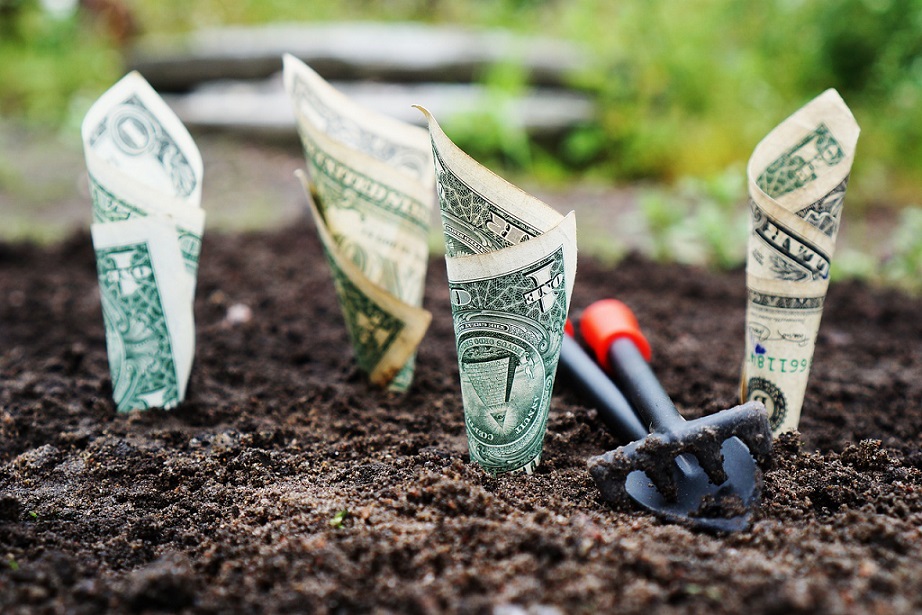 As an investor, deals come from everywhere. We first found out about CowryWise from Twitter; an account I follow had retweeted one of CowryWise CEO, Razaq Ahmed’s tweets about the startup.

I was immediately intrigued because two years prior, I had thought about a similar idea and called the project “Pennywise”. Upon visiting the website, I was impressed by two things — the quality of the UX/UI design and the fact that they had managed to do it without charging any fees for early withdrawals.

Like most people, I personally had struggled with saving consistently in the past and here was a solution that made it incredibly easy. I created an account and started saving in under 2 minutes; it was that easy. I followed Razaq on Twitter and Razaq sent a DM asking if I would want to chat over Pepsi (instead of coffee, which I found funny). We met and I encouraged him to apply to Microtraction.

The average African does not have access to personal finance and wealth management services as they are either unserved or grossly underserved. Traditional financial institutions have made saving money and growing wealth costly and unattractive to individuals who are outside their target high net worth bracket.

Historically, people have also found it difficult to save and plan their personal finances with traditional bank savings accounts; they thus lose out on the opportunity to build the foundation for a secured financial future.

CowryWise provides a platform for personalised financial services with a high interest rate only available to the top 1%. The service is available on multiple channels (web, mobile and chatbot) with a focus to reach millions of savers in a cost-effective way than traditional financial services providers.

They currently offer up to 4x the return an average saver earns from banks while they still maintain a profit spread of 5% to 10%.

What made us excited about the market

As investors, we believe you can’t build a venture scale company in a small market. A good proxy for us is:

(ii) if it is growing fast year on year.

Despite being an underserved market with an unattractive saving experience, the deposit base in the system is around $50B, with an addressable market of around $20B.

This has been growing at a 20% CAGR over the past 20 years. CowryWise’s initial target market (tech-savvy young and middle aged Nigerians) is estimated at around 15M+ and growing at 3% per annum.

However, what we like about this market opportunity is just how big it is. Africa has an estimated population 1.7B, and by 2050 we would have added another 1.3B people. We believe access to basic financial services is a fundamental human need and there is a massive opportunity to make it easier to save and democratise wealth management for every human on the continent.

Why we believe in/backed this team

There is a very popular concept that is called Founder-Market Fit and it literally indicates the match between the founder(s) and the problem they are going after.

The core idea behind this is if the team in question is part of the top 1% of founders in Africa that could solve this particular problem. We ask ourselves, what is it about them and their past experiences that makes them an exceptional fit to go after this particular market? There can be many criteria for founder-market fit, but for our evaluation, these three; experience, passion and purpose, are very important to us.

Edward had previously worked at Interswitch and African Advantage, where he was responsible for building and working on MTN’s USSD product which meant that from day one, they were able to build technology that will allow them scale towards the average man or African on the street.

Razaq, the CEO had previously worked as an Investment Analyst at Vetiva Capital Management and Meristem Securities which are two top financial services in the country. He has a first class degree in Economics from OAU and at the time of qualification was one of the country’s youngest Chartered Financial Analyst (CFA) Charterholder.

Looking at their background and having had conversations with them, I felt both founders had not only the right mind set but the skillset, the understanding of the problem and market opportunity. Most importantly they understood that financial engineering was equally, maybe even more, important than just the technology of their product.

Product Quality refers to the perception of the degree to which the product or service meets the customer’s expectation. The CowryWise product is a well-designed product, very easy to use and actually solves the problem it set out to solve.

I had been a CowryWise users for many months, long before we invested in CowryWise and beyond any catastrophic black swan incidents, I’ll be a user for a long time. It has actually improved my saving habit and I have seen significant returns so far.

It might be psychological but it’s really cool to see your balance increase on a daily basis…it’s like a “mini-credit alert”.

The biggest competitors of CowryWise are the banks. The reason why the banks cannot offer these kind of returns to their customers is because they have real world assets and employees that increase their cost to service per customer which in turn makes expenses higher.

So because CowryWise is a technology company, they have been able to pass off those expenses as returns to the customers. If the banks were to offer those returns to their customers, they will get hurt as they are basically reducing how much money they have to service their fixed assets as well as passing off potential “income” to customers.

It is impossible for them to have this kind of product. This phenomenon is know as “deflationary economics” and is a super power for startups who have it. Therefore we see direct competition, coming from similar startups in the market.

Compared to companies in the market, they don’t charge a penalty for withdrawals. You have the flexibility to create locked and unlocked saving plans with locked plans earning up to 10% and 15% per annum which you can literally see grow on a daily basis.

There are no hidden charges, SMS fees, no account maintenance fees, and they mean it. So from a competition standpoint, I felt there was an improvement on what was currently being offered at the time in the market.

At Microtraction, we like to see companies build their product, get to market and acquire some customers.

At the time CowryWise had just launched but they were growing 14% WoW and had processed a 6-digit dollar savings amount without any major marketing push. 50% of users were saving and 70% of those were recurring, and their users were saving almost 4x as much on average than their competitors, all within a relatively short time frame.

At that instance, I knew that on a very small scale and with the number of users they had they were off to the right start and I had every single conviction in my mind that this could be something exceptional.

With CowryWise the opportunity is massive. They are offering a wonderful product that solves a genuine problem which is also difficult for the existing competition to offer, creating a sustainable moat. They need to scale very fast over the next 12 – 18 months and continue to increase the customers they have on the platform to achieve “escape velocity from the black hole that is, hyper competition”.

I‘m convinced that both Razaq & Edward are just the right founders to enable the average African on the street save, grow their wealth and build a better future for themselves and family.

At Microtraction, our long term mission is to accelerate Africa’s transition to a sustainable and developed economy. We do this by investing in entrepreneurs who leverage technology, capital and innovation to try and solve some of the largest problems on the continent. If you are working on solving one of these problems, we should talk!