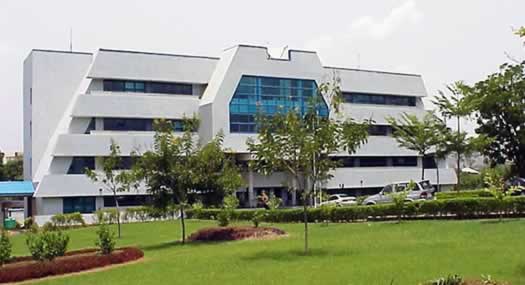 In line with diversifying the Nigerian economy and recognising the role of ICT in making it a reality, the federal government of Nigeria has established one form of ICT infrastructure or the other. Often times, these projects are poorly executed or abandoned altogether after millions of public funds have been wasted.

In April, the government revealed plans to build a national ICT park and exhibition centre in Abuja as part of the preparations for the 4th Industrial Revolution which is predicted to happen globally in the nearest future. Similarly, a plan to “build a $1 billion-dollar ICT company” to boost indigenous technology was revealed by Acting President, Yemi Osinbajo earlier this month.

These plans, however grandiose, are evidence of the Nigerian government’s commitment to promoting the ICT sector. ICT has the greatest potential to surpass oil and gas as the core source of national income in Nigeria in the nearest future. According to a report by the National Bureau of Statistics, the ICT sector contributed 11.57% to the total GDP in the fourth quarter of 2016.

While some of these projects initially come off as good ideas, history has taught us that the Nigerian government is all talk and no action.

In December 2016, Adebayo Shittu, the Minister of Communications, revealed the plans of the federal government of Nigeria to establish an information and communication technology (ICT) University in 2017.

The aim of establishing the university as disclosed by the minister is to provide a training environment that would produce enough skill power to boost the Nigerian ICT sector.

To achieve this, the federal government aims to transform the Digital Bridge Institute — an ICT institute with 6 campuses across Nigeria– into the proposed ICT University.

Earlier this month, the minister inaugurated a committee charged with coming up with a roadmap for the proposed University which would take off in September this year. Members of the committee include ICT professionals and education experts.

Stakeholders of the ICT sector have however expressed their displeasure concerning the absence of relevant ICT players in the committee. Mr. Ben Dikeorgu, a computer instructor was quoted to have said “in this committee, where are the app developers, the ICT journalists who have been championing the development of this sector for decades; where are the new media specialists? These people cannot be brushed aside in a framework that would establish ICT University in the country. This is pure technology business and should not be left entirely in the hands of those who used to be tech giants but obviously not relevant in the new world order”

While not completely disregarding the impact that the university could have on economic growth, should it be a priority now?

Despite the compelling need to give the present university curriculum a makeover, the Nigerian government still pays no attention. It appears that the government has completely given up on traditional Universities which should not be the case.

When Nigerian leaders make “moves” to review the curriculum, it makes little or no impact, hence, the reason behind the growing population of half-baked Nigerian graduates. In the recent world University ranking, the “best” Nigerian school was ranked 1335. This reflects the poor state of the Nigerian educational system.

Speaking on the proposed ICT University, the Minister of Communications, expressed his optimism on the impact of the University on the growth the Nigerian ICT sector. However, with just 6 campuses across the country, the University cannot cover the number of Nigerian students who can benefit from a standard ICT curriculum and conducive learning environments.

Instead of building an ICT University, the government should focus on reviewing the ICT curriculum of tertiary institutions across the country. When Nigerian universities begin to produce world class graduates, the Nigerian economy would grow.