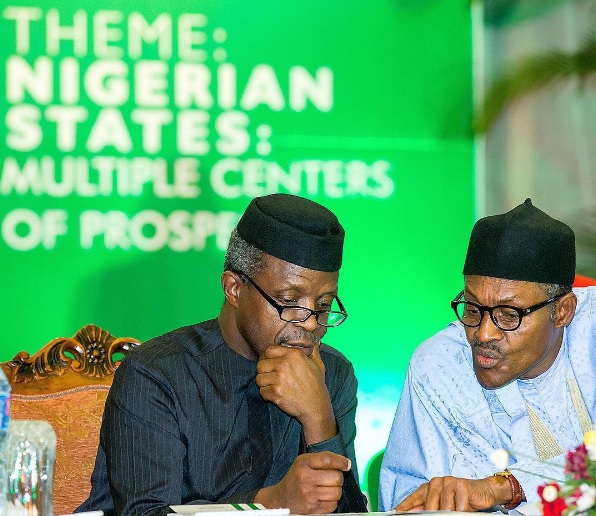 In recent months, I have read enough about the Federal Government’s conflicting positions to know where they truly stand – including the bad, the good and the ugly side of things.

Of particular interest to me is the ₦500 billion Social Intervention Fund which the Federal Government set up under the direct supervision of the office of the Vice President. I am aware that the smartest brains are behind this project. However, I don’t think this money will be well spent, nor will it achieve any major benefit to the economy — despite the good intentions of Government — based on how it is structured.

Let me explain; the first critical question to ask is “what values are created after spending half a trillion Naira?”

When you do a breakdown of the funds, you can see how little of the ₦500 billion is allocated to capital or growth projects; things like the YES initiative (₦10 billion), building of 12 ICT hubs at about ₦15 million each and the STEM programme).

Suggested Read: A look at the 2016 budget: What’s in it for tech development in Nigeria?

If you watch closely, it literally seems that the bulk of the fund is for aids: feeding school children, and monthly allocations to those regarded as indigents. While it is morally difficult to argue against supporting the less privileged, “how far do you think that the government’s approach of giving aids to its own people instead of empowering them will accelerate the economy?”

Raise your hands if you think that aids and support can eradicate poverty or cause real economic growth. I talk from the hindsight that most African states received aids from US and Europe, yet, none of such aids transformed the African economy like when the average citizen is empowered with skills. The message at that level is “not to give aids, but to partner…..”. Andrew Rugasira, CEO of Good African Coffee said it better on CNN, as he noted that “the solution to Africa’s economic challenges will only be met by Africans innovating and creating valuable products, services and brands at source”. The same analogy applies to this ₦500 billion “handout”, as it seems that the bulk of this money will be spent as aids, and there are so many things that could go wrong, just like the recently scrapped fuel subsidy.

One of the most incredible mathematical equations I learnt is the compound interest. The equation emphasises the impact that time has on the value of money. So, we are not only destroying the value of the ₦500 billion, we are also not taking advantage of what its future value could be, if spent wisely.

The way forward is that government should put more money (more programmes, more framework, more resources) to encourage and support the youth to innovate, and solve local problems with global excellence. This will come at a cost to government. That is why I am of the school of thought that government should double up critical investment on socially empowering initiatives that focus on building talents that solve national problems. To do this government should be willing to do the following:

Mr President believes that agriculture holds an immense potential for the growth of our economy. Yes, I agree, but I am biased towards technology because tech entrepreneurship is responsible for the growth of the most developed economies of the world.

This tweet by Emeka Okoye shared an interesting stat on the potential of ICT.

And the former minister of ICT shared a tweet that captioned where we should double down on as the way forward.

How about GOING FORWARD with information and communication technologies? https://t.co/eFhgXXMdIt

Suggested Read: A look at the 2016 budget: What’s in it for tech development in Nigeria?

While some of the recent initiatives of government  in tech are commendable; like #StartupFriday, Aso Villa Demo Day(AVDD) and the Technology Exchange programme (i.e GOTEX), we still have a lot we can learn from other nations, including supposedly “developing” economies like Chile that started a tech acceleration programme dubbed StartUp Chile. Startup Chile annually brings the best startup founders to launch their programme in the Latin American country, and India, who are are building a government that relies on Technology. There are other examples we can learn from, as indicated by Efayomi Carr in his review of the YouWin programme; a social programme which a World Bank report and an expert analysis adjudged as the world’s largest business plan competition and a viable job creation tool.

We should implement more of these social initiatives and build a structure to sustain them long enough to make them a critical part of our GDP acceleration programme. This is where I believe we should spend the better part of Nigeria’s intervention fund and make policies to make it happen, so that we (the youth) can create the future for Nigeria.

This is third in a series of posts where I share my views. The first part shares my insight on how startups in Nigeria can grow to Unicorn status and the second, an open letter to the Minister of Communication