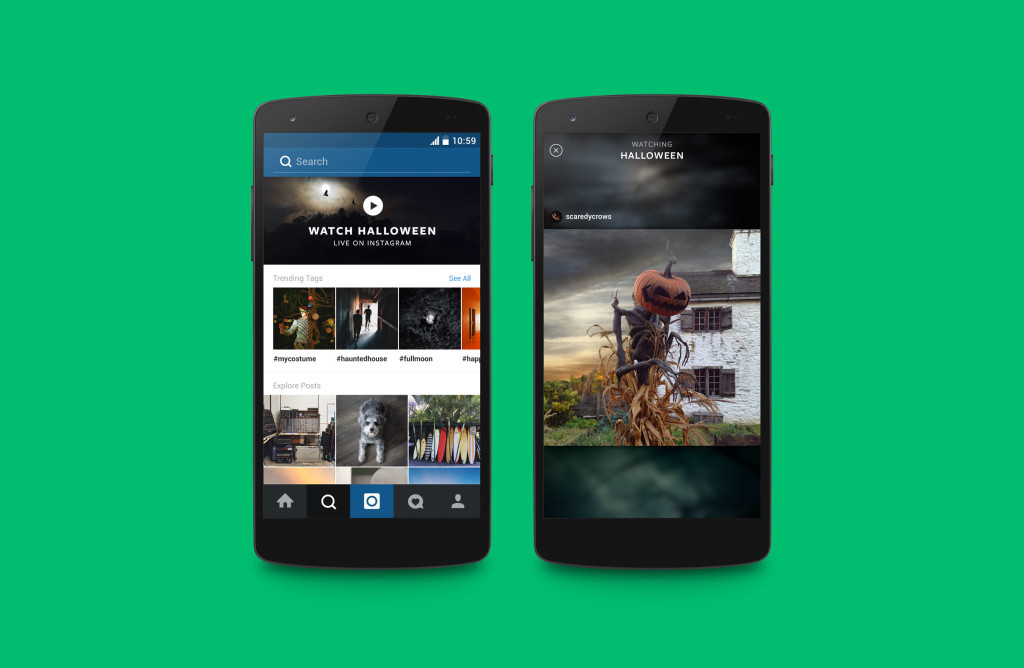 Instagram has launched a video channel to rival SnapChat and possibly Twitter “moments” and what better time to launch such a feature than the brink of Halloween which is quite popular in the US and off recent in Nigeria.

The new video channel is a curated feed of events which shows you the best/top videos from various Instagrammers. The new feature can be accessed through the photo sharing app’s Explore tab.

Instagram is steadily becoming the new Twitter for news and happenings around the world as it seems to be  successfully using images to replace words for faster communication, coupled with the fact that it’s easier to use than Twitter. And this is clearly evident in its recent growth rate of over 400 million active users surpacing Twitter’s 320 million active users.

You would recall that back in 2013, Instagram debuted the recording of videos on its platform, allowing
users to assemble 15-second clips which has since been able to rival Vine and the likes. It is also worth knowing that 80 million photos are shared every day on the photo sharing network.