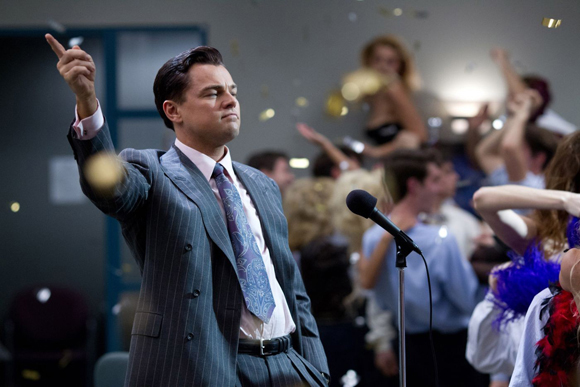 Editor’s Note: This article was originally published as ” The Pirates of Nigerian Twitter”.

If you were looking to promote your brand, product or idea on Twitter, the most desirable option would be to get it to trend locally. Now, unless you’re very influential, getting your idea to trend organically is ever elusive. Yes, Twitter gives you the option of promoted trends but they cost a fortune. It doesn’t look like there’s any hope for the average Nigerian Twitter Joe does it?

Over 10, how strict is your boss? #HBDKingSmash

They go by many titles – Publicist; Online Promoter; Hypeman and – my personal favourite – ‘Trendstarter’.  They’re not difficult to find on Twitter; a simple search with the above keywords will take you to them. You often don’t have to go looking for them – they’ll always “nff, kfb” their way into your mentions, usually spotting eye-catching avatars, if you know what I mean. It comes as no surprise that their followers are usually in excess of tens of thousands.

Services offered by these guys range from sponsored tweets to rapidly increasing your (real) follower count. But nothing they do amazes me more than their trend starting services. These guys have somehow managed to circumvent Twitter’s trending algorithms with 99.999% success rate. The average trendstarter is involved in making at least 3 trending topics on Nigerian Twitter a day. They’re that good.

The trendstarting community is like a cabal. No trendstarter worth his/her salt works alone. In fact, you’ll find that they mostly follow each other. Together, these guys will get any topic trending within an hour from inception, after which it goes on autopilot, staying on the trend list for as long as 24 hours, before disappearing There are usually 3 groups of people involved in getting a topic to appear on trends (click for full size) :

Regular users (primarily from the large pool of trendstarter followers) who are only interested in killing boredom by answering the supposedly random questions. Just like the pawns in chess, they are the soul of the endgame.

The whole idea is for the trendstarters to  leverage on their teeming followers to get as many people using the hashtag, in as short a space of time, creating a sudden buzz that causes it to trend. The number of tweets required to trend is dependent on the sense of engagement, sentiment and how many other real topics are trending around the same time. So it is very crucial that the pawns respond to questions in form of quoted retweets. From my observations it only takes as little as between 400 to 1000 tweets, replies and retweets to hit jackpot. It is that easy.

Local Twitter trends are supposed to be a reflection of what’s truly engaging users within a given region. Not so much these days. At any given time, as much as 50% of what’s trending on Nigerian Twitter is engineered by trendstarters. That all but kills the pure Nigerian Twitter experience. I believe I am speaking for most here when I say: worldwide trends are mostly unrelatable and the default tailored trends are even worse (if I needed to know what’s hot within my circles, I would visit my timeline or lists). So it just sucks that the one major reliable source of relevant information on Twitter – Nigeria trends – has been tainted by trendstarters. How many times have you curiously followed up on a strangely trending topic only to end up more confused than you initially were?

They’re also really bad for business. I don’t imagine that those who patronize these trendstarters make any tangible return on investments. Here’s what a typical organic trend looks like, on a graph VS an engineered trend:

These 3 topics trended over the past 24 hours. Notice how #MinisterialScreening (orange) climbs steadily, until it peaks on 10th of October and continues to be discussed even after disappearing off the trends list. #HBDKingSmash and #HennessyBeatBarCrawl on the other hand appear from “nowhere” and disappear just as suddenly, kinda like a dying patient’s pulse rate. Now why would anyone shell out as much as 17k for such poor levels of engagement? The trendstarters don’t care about the product, they care about their wallets. It’s only logical that once the chosen hashtag trends, they move one to the next thing.

From my observations, the way the Twitter algorithm works, people are featured on top of search results by this order of preference

So when I see #HennesseyBeatBarCrawl trending this morning, for example, I’m thinking: “oh new event? Let’s see what it’s about”, so I click. I’m expecting to see 2 things I get from regular trends:  Hennessey’s official account highlighted in the people section – so there’s at least potential to attract new followers – and a link to the event page. But instead what I see is 3 random top tweets (well not so random, they’re all by trendstarters) featured at the top and thousands of unrelated tweets.

I still don’t know what the Hennessey Beat Bar Crawl is about. Epic fail. And this is what happens on a daily basis.

I agree with you, most things I see on twitte as top trends, I wonder how they ever started , not minding how they reached the top.