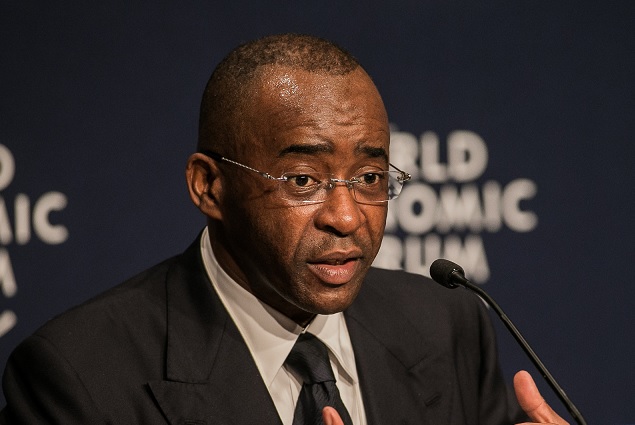 Econet Wireless holds the record of being the first GSM operator to go live in Nigeria. This was way back in 2001 when they were only two operators, the other being MTN. Over the years, the company has undergone so many changes of name and management that we can hardly keep up.

Strive Masiyiwa, CEO and Founder of Econet Wireless, recently took to his blog to reveal his side of the story behind the company’s downfall in Nigeria. An extract from the blog post:

I had the privilege of making Nigeria’s first GSM phone call back in 2001 when I called the regulator to say, “We’re live!” Who would’ve believed then that Nigeria today would have more than 167 million mobile phones?!

It all started out as a very exciting new chapter for enterprise in Africa. Shortly after President Obasanjo was elected, the new government announced an incredibly transparent international auction process for three national mobile phone licenses.

To participate in the bid, you not only had to raise money, but there had to be a member of the bidding consortium who was an experienced GSM operator. Econet Wireless met the requirements because of its experience in Zimbabwe and Botswana. Our Nigerian partners, which included state governments, local banks and high net worth individuals, were financial investors. The largest shareholder had only 10%. That was the written agreement.

I managed to assemble a consortium of 22 investors to put up the money needed to bid. Our shareholders were all Nigerian, mostly institutional investors including leading banks and two state governments, Lagos State and Delta State. The license cost us $285m and was the most expensive license ever issued in Africa at the time. This was 2001.

We considered the investment not only about putting together a network, but also about building a nation. We knew it had the potential to transform Nigeria’s entire business and social architecture.

Most of our investors had between 1-10% shareholding. Econet Wireless Nigeria had only 5% of the shares, but that was fine because it was 5% ownership of a very big pie.

As the “technical partner and operator,” Econet was the company with the expertise to build and operate such a business. Our financial investors recognised this, and also allowed us to receive 3% of the turnover as our fees. This was standard practice in the industry.

We were one of the winning bidders and they gave us just six months to set up business and get our network operating. We were under a lot of pressure but our network was live two days before the others! Customers were pouring in. We were number one in the market with an estimated 57% market share.

Then came the fateful day when I was told that our company must pay a total of $9m in bribes to senior politicians (in state government) who had facilitated the raising of the money to pay for the license.

I refused to authorise the illegal payments. Meeting after meeting was held to try to get me to agree, but I would not. The money would not be paid as long as Econet was the operator and I had signing authority.

James Ibori, the Governor of Delta State, was demanding $4,5m be paid to him in his personal capacity. He was one of the most powerful men in the country and had a reputation for violence. When he heard that I was refusing to approve payment he issued an ultimatum:

“Pay or I will chase you and your people out of the country.”

The shareholders met and voted Econet Wireless Nigeria out of management. They cancelled our management contract. James Ibori and his colleagues personally attended the meeting to remove us. After the meeting one of them (a prominent local businessman even today) came up to me and said: “Unfortunately for you, God does not have a vote.”

I had to withdraw all my staff and their families: 200 people in all. We left Nigeria.

Most of our people had to be retrenched. The loss of the contract almost drove us to bankruptcy as a group.

They invited a big international operator to replace us as technical partner and operator. They changed the name of the company from Econet to V-Mobile.

Within days of their arrival, the managers of the new operator signed off the payments demanded as bribes.

A few noble Nigerians had both the integrity and courage to carefully collect all the documentation on the movement of the money, and pass it all on to me.

There’s a saying worth remembering in uncovering the trail of destruction that is corruption: “Follow the money”…

I bided my time… then I wrote a letter to the United States Department of Justice!

The post, which is only one in a five-part story, has been republished on Facebook with quite an interesting number of follow-up comments. What do you think of his shared experience? Please let us know in the comments section