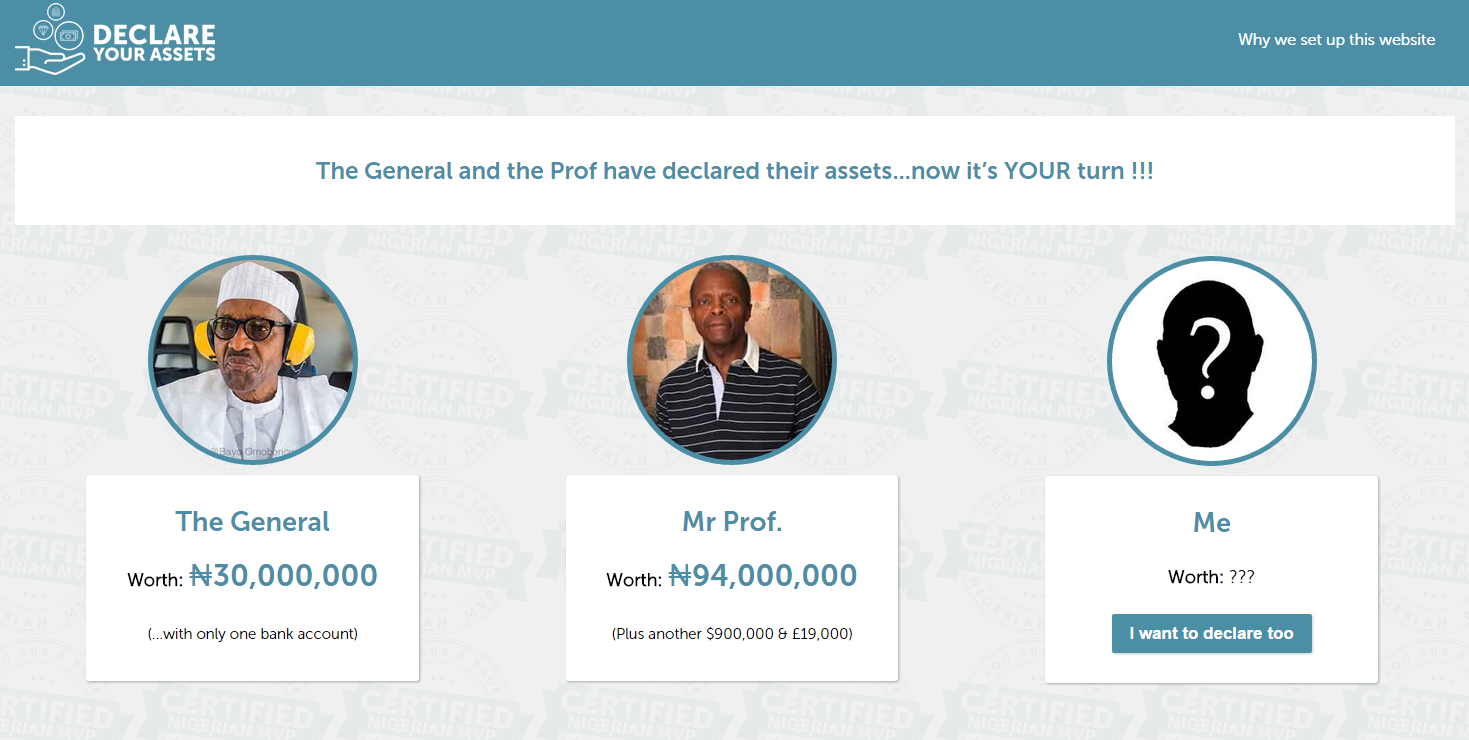 You might remember the bride price app from Anakle that went viral and got raving reviews both from satirists and feminists alike, well your friendly neighbourhood correspondent might have found another piece of viral in a hopeless place ?

Shortly after the President of Nigeria and his Vice publicly declared their assets, Nigerian Twitter went into an excited frenzy, which resulted in Union bank trending because the President banks with them. Many people hoped the bank would catch on the free endorsement from the President on social media. They didn’t.

But this digital agency company has made light of the declaration of assets event with their funny Q&A asking you to declare your assets, including if you have a Union bank account and if you have a “bae” or not.

Apparently, having a partner and your bank influences how wealthy you are. You can declare your assets here.

The questions are funny and will leave you beaming till the very end. To be honest, I answered the questions to the best of my ability. If you’re rich, it just oozes ?. Try it now.