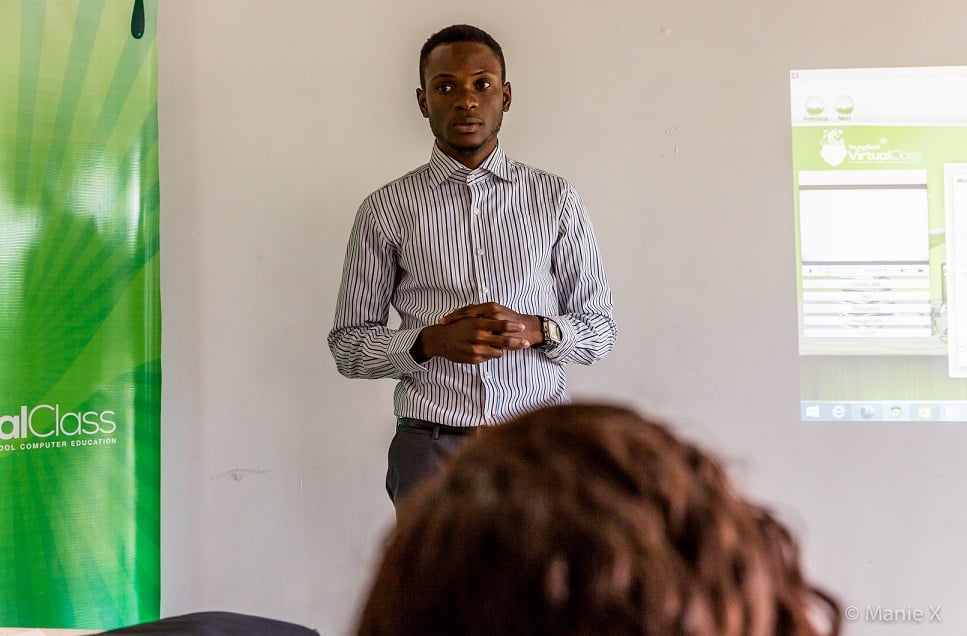 Over the week, I had the opportunity of chatting with Youngsoul founder, Adeboye Oshinaga who shared some insight into the company’s role in the Nigerian educational system, the challenges as well as its prospect in talent development in the nation and by extension, the continent.

Youngsoul is one of the startups supported by Lagos-based accelerator, 440.

Youngsoul started out being a technological solution designed to revolutionise the Nigerian education system, by implementing certain features using web to make education much more accessible and of greater quality.

Back then, Youngsoul with a much different concept within 8 months grew to become a community of about 10,000 users, becoming more of a social network, drifting away from the earlier concept and mission of the platform.

And then, there is no revenue model attached to the business aside advertising but of course, the giant of the social networking space, Facebook, already had millions in users then and doing millions of dollars in advertising.

“One key concept in trying to transform the education system using technology as a tool in Africa is the need for a very strong economic model around the solution.”

The Federal Government of Nigeria came up with a policy that made computer studies compulsory in schools, putting pressure on schools with no ICT department in place. Seeing the opportunity, Youngsoul being a previous player in the sector saw the need to design similar products to its previous solution that would help secondary schools in the country meet the demand of the policy among other deliverables.

“We provide three things – we’re providing the platform, VirtualClass that enables e-learning, the content and our interactive testing.”

Aside these three, the company also plays consulting role for schools that want to shape the process of content delivery through their online media.

One of the earliest products from the education startup is an interactive DVD, first in the country. The DVD allows a high level of interactivity, relying on the computing power of DVD players to deliver education content.

The idea for the DVD was conceived taking into consideration that not every home has access to PCs. However, the DVD initiative had poor distribution as its greatest challenge. The company is currently working on a couple of partnerships as well as distribution deals to have the DVD distributed across the nation.

“It’s not enough to be passionate – there has to be a case where you are addressing the need of a group of people who are willing to pay for the product.”

The product supports offline activities and its pilot phase proved that students that were tutored using VirtualClass scored 50% more in test and also recorded a better retention rate than those tutored the conventional method.

After launching in January this year, more than 20 schools have adopted the solution. One can definitely attribute the low rate of adoption to the government policy which is no longer at play. And some schools identified the solution as a necessity, while some private schools take it as an add-on, especially schools with a full-fledge ICT department.

The interactive testing feature is built to test for the objectivity of the particular topic. If the objective of a particular topic is learning how to programme, the students would be tested on how to write code, and not just asking what a programming language is. The testing module is not going multiple choice only.

Talking about the content available on Youngsoul, Adeboye affirmed that the company works with subjects experts and owns the copyright to every content on the system.

Apparently, the only subject offered at the moment is computer studies which to the startup is more like a minimum viable product (MVP) before having other subjects on board.

In the pipeline of the five-man team startup is a product which is an extension of its current offering, designed to transform skill acquisition in the country and the continent at large.

“We are trying to take ICT education directly to a different set of audience – those that would use it and can pay for it as well.”

Targeted at secondary school leavers, fresh graduates or those who need to get a specific knowledge in the ICT industry within a short period of time. Every course on the new initiative would be designed for a one-month session after which certificates would be issued to participants.

The new Youngsoul platform is set to launch by the last quarter of the year. Having identified the importance of telecomm companies as a distribution channel, the startup is looking forward to working with telcos so as to reduce adoption barrier that could be attributed to distribution.

Also in the startup’s pipeline is having foreign institutions’ content localized to serve the Nigerian audience.

Funding is perceived as a challenge and this is in the view that the investors don’t really know when you need funding the most and they are not betting on the entire ecosystem either, mostly playing the numbers’ game on the current revenue basis.

“I think the model for seed funding in Nigeria is quite broken irrespective of the number of banks or angel investors. The reality is that you have a good idea with even a prototype, there are not so many options for you in terms of investment. And you just end up with just a single investor wanting to take up half of the company for a ridiculous amount.”

Adeboye lamented on the rate at which investors chunk up equity which in the long run limits startups’ capacity to grow large as it must have already been compromised.

The initial approach to grow adoption was to have computer labs in every schools financed by banks while the company put the virtual class solution in place, and this is really cost intensive and the policy mandating ICT studies in school is no longer at play.

Also tasking for the company is the issue of getting the right talent as Adeboye is of the opinion that some of the best people in the industry don’t make choices because of what they want to achieve or contribute to the ecosystem but the fact that they have to survive.

The initial source of funding for the company was contributions from the founders, followed by a patient loan of about $20,000 as well as seed funding from 440NG. The startup is in talk with potential investors for early stage funding.

Despite currently running on seed funding, Youngsoul at the moment generates revenue from its VirtualClass solution.

“Companies with similar solution need to work together to ensure that the right model works – the real success would be determined by the model that works.”

By the last quarter of the year, the startup must have proven that the business model is scalable which will in turn make the idea a bankable one. Within the same period as well, YoungSoul looks forward to closing up distribution deals with publishers. This is with the belief that it would drive reach to hundreds of thousands of students as well as hundreds of schools within a space of 6 months.

Another milestone that the startup wants to achieve by the end of the last quarter is serving about 10,000 paying users on its yet-to-be launched platform, a number that’s expected to grow to a million users in 2016.

In the nearest future, VirtualClass school product would be adopted for mobile, making learning activities accessible on the go.

The company’s core solution is projected to be more in its contribution to talent development in the Nigerian education system, by allowing experienced teachers to train their fellow teachers, this is in addition to the training exercises by the company.

“Our real success would be when public schools are actually using VirtualClass.”

Adeboye Oshinaga holds a degree in Computer Science with Economics from Obafemi Awolowo University, the then youngest person on Dragon in 2008. And he has in the past worked in towards revolutionising the education sector in the country.