App of the Week: Microsoft’s ‘How Old Do I Look?’ 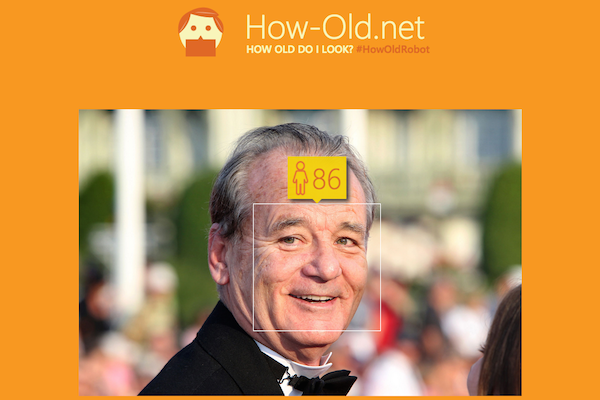 Microsoft has created a pretty fun, but wildly inaccurate website that tells you how old you look just by analyzing your photo. Well, sometimes the ‘How Old Do I Look’ app manages to be accurate, but other times it’s just ridiculously wrong (LMAO at Madonna).

The process is pretty basic. You go to the site here, upload a picture, wait a few seconds, and then the machine gives you a number.

But guessing someone’s age is never really easy or polite, even for an algorithm. So the website does come with a little apology at the end of a guess: “Sorry if we didn’t quite get the age and gender right,” not that it makes you feel any better.

The company unveiled the website at a conference on Thursday as a way to show off its new software. Part of a new initiative called Project Oxford, Microsoft says you could use this face detection technology for tasks like sorting through a large photo collection, but for now it’s currently being used for a bit of harmless fun.

Even Arsenal fans are in on the joke using the app to troll Chelsea, suggesting that they only came into existence when Abramovich came along.

Yes, it is probably fake, but that doesn’t make it any less funny.