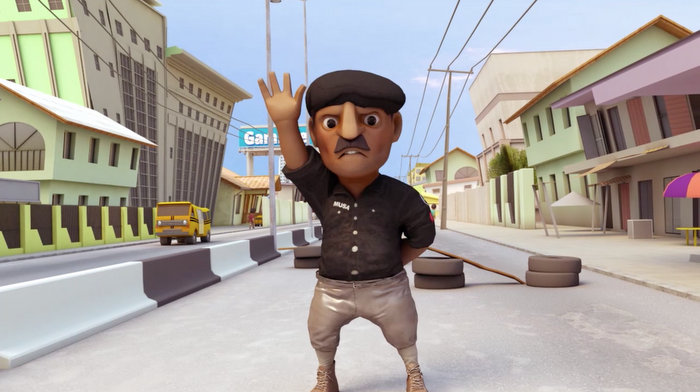 Gamsole has released a teaser video in anticipation of its soon-to-be-released game title, Gidi Run.

Gidi Run is a three dimensional endless runner set in Lagos, and is based the relationship between Policemen and transport workers. The comical video teaser features Musa, a truculent cop who has set up a makeshift checkpoint at which he extorts public transport workers. But he didn’t reckon on Shanko, a dare devil bus conductor that cannot be bothered to stop for even the police. The trailer also introduces Bamidele, another cantankerous cop, and Ebuka, a taxi driver.

Gamsole is not only pushing the envelope with slick 3D graphics, but is also exploring a richer experience with unique and better developed in-game characters. Gidi Run’s characters all have distinct personalities and a rich spectrum of expressions.

The graphics are bad ass!!! I can see Shanko being my fav character already, can’t wait to play this game. Kudos Gamsole team.

Why is it not available on android and iOS too?

Honestly, the last 20 secs of the video could have been put to better use…..like showing actual game play footage.

That was what I was expecting. We watch trailers of games online and that makes you anticipate their release. As much as they tried in the graphics, showing us footage of the game would make people want to get their hands on it when it is released.