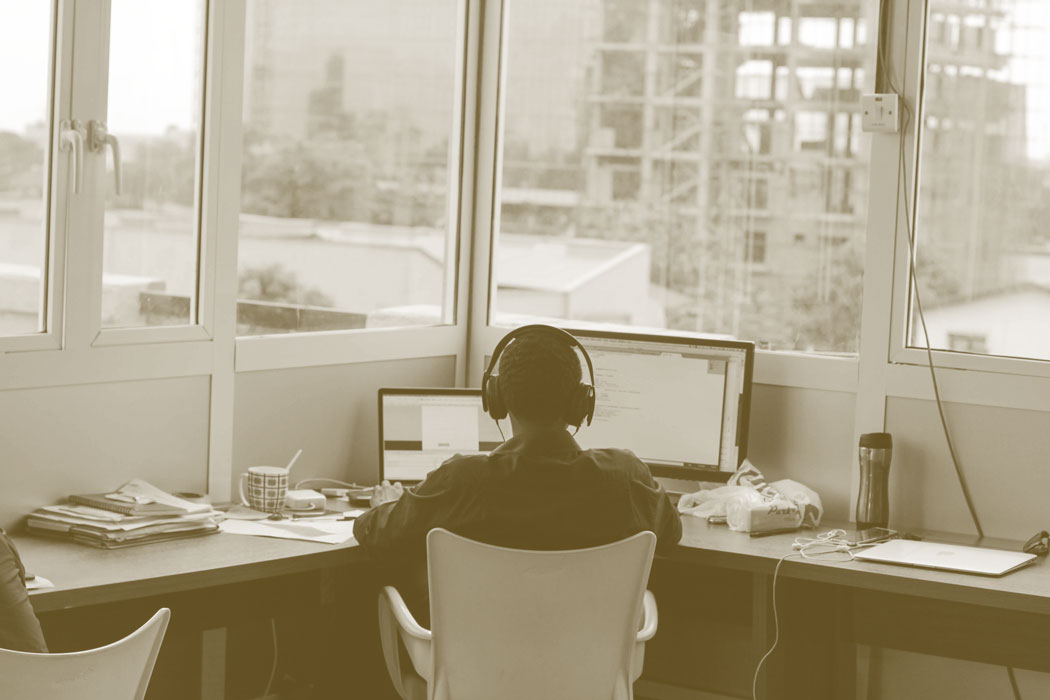 Very recently, it has been a frequent debate about whether or not software developers in Nigeria are underpaid. While some maintain that they are not underpaid and the pay they get only matches their output, others argue that they are highly underpaid, and even that results in the poor quality of apps that are churned out.

I have had a tough time pulling up statistical data about Nigeria (and this should be improved upon), so I decided to augment my fact-sheet by doing a sampling amidst my developer friends. I must say, however, that agreed, that my sample space is largely limited, I am going to assume that it is representative of the true scenario; which should not be much of a departure from the true scenario. Also, my thoughts assume that the typical “Nigerian Developer” lives in Lagos.

Because of easy and quick access to data, I will do my comparison between the United States and Nigeria.

My opinion on the issue is, yes, Nigerian developers are underpaid! My argument covers the two major means through which developers earn –freelancing and the regular 9 to 5 software development jobs.

First, freelancing. To build an app in the US (a relatively simple app, not many features), the price ranges between $5k and $10k according to this post. For those that charge on hourly basis, it could cost about $80-100 an hour according to this post, usually for an average duration of –let’s say 80 hours (about 9 hours a day ~ 9 working days ~ 2 weeks). That gives between $6.4k and $8k.

There is a certain platform that one can use to estimate the prices of apps; here you can check out the prices according to features of the app.

In Nigeria, on the other hand, from my admittedly small sample space, an app of similar configuration as above- simple and not so many features will cost about N300k that’s about $1.49k (at today’s exchange rate of N201.05 to $1).

This pricing difference is very glaring, especially because people will expect products of equal quality.

I was lucky enough to find a salary listing for Interswitch on Glassdoor and it is above the average – about N138k monthly, translating to N1.66m, roughly $8.24k per annum.

So, if we look at a similar company in the US, let’s say Stripe, where an average person according to a reference on this post, earns about $93k per annum, the difference becomes apparent.

By now you must be thinking that it’s parochial and misleading to focus on just the figures without considering other economic factors, such as the value of the currency, inflation rates and costs of living. Well, you’re right; now, let’s make some adjustments.

I am not an economics major and my knowledge of economics is quite limited, but I do know that the simplest measure of comparing a person’s income in one country to another is the Purchasing Power Parity (check the simple English version here). Simply speaking, it tries to estimate the value of consumer goods you can buy in a country with a certain amount, compared to that in another country.

The goal of using this method is to find the equivalent income in various countries. One could go about using the Big Mac index, i-pad index or other measures of PPP to calculate this value. Luckily, there are a number of calculators available online, of which I found these two easy to use:

So, to backup my claim that indeed Nigerian developers are underpaid, I’ll compare using these two tools, how much an average developer earns in Nigeria and how much this earning translates to in the United States.

For clarity’s sake, I’ll illustrate this observation with a table,

Let’s now discuss the table, average cost for building an app in the US is about $7,000, while in Nigeria, it costs about $1,490 (~N300,000). Going by the PPP comparison, adjusting the cost in the US to Nigeria, the app should cost at least $3,000, which means that building an app in Nigeria costs less than half of what it should be (assuming price in US to be the reference).

While, there are even more factors to consider, like cost of Internet access, taxes, cost of transportation, etc. I believe the PPP is sufficient to demonstrate that the prices in Nigeria are low compared to those in the United States.

This is just a summary of my thoughts; I’m very open to corrections and suggestions about them 🙂

Disclaimer: Many of the ‘facts’ here are based on the Author experiences and people’s responses about their personal experiences.

Oluwasegun Famisa  is a tech enthusiast and self-taught software developer with interests in numerous “cool stuff” in tech from arduinos and pi’s to mobile dev. to robotics and A.I. He’s currently an Android Engineer at truppr.com and he does freelancing in his spare time.

Great Post!!! I appreciate the fact that you took the time to use valid data to come to your conclusion.

I love this. Would be great to have a comparison across the industry and a recommendation of what is fair to pay.

Very insightful – however, I think the article is missing some key information. Shouldn’t we be indexing salaries against skill set, rather than against location? This way, we can make our assessments based on quality. We live in a global marketplace and I think companies are increasingly prioritising developer skills over location.

We could do that and still get the same results

I ain’t underpaid, but I’m Nigerian by all standards.

For clarity sake, let me say that “Nigerian” as used in the title doesn’t refer to the nationality alone, but that you also live and work in Nigeria.

If this is true for you, then you are one of the outliers and I’m happy for you.

I am Nigerian by birth, and heritage, though I now live and work in Torrance. Nevertheless, when I was in Nigeria some few years ago, I made a lot of money being a developer. For example, I signed a million-naira ad deal with Blackberry while I was barely 21.

Definitely an outlier then.

I wrote this on Facebook about this article, but I think I should publish here for posterity

For freelance developer, this really depends on a lot of factors. For one, I don’t believe in fixed charge for any and every project (say $60/hour), instead what I try to do is understand the domain which I’m getting engaged in and what value my services is going to be offering my clients & try to charge based off it.

So I do this by asking them questions relating to the project, both in terms of the technology and the effect of it on their business. This also helps me make proper recommendations & build an appropriate solution for the business.

If they aren’t willing to pay my charge, based off the inference I come up with and the value I believe I can offer, I usually let the deal go. I don’t take the “we don’t have money now” excuse. Well if you don’t go get it, or forget the project. Or you could just go find a less experienced developer to handle the project, and that’s OK by me.

Initial charges are actually always open to negotiations (like every other services), up to a particular lower limit and we get to reach some kind of compromise somewhere.

When I see that it’s fair enough for you and what you want to do with the application/codes in your business & isn’t bad for me either. Then we can reach a truce.

So for a similar project, I could charge a rocket-ship price to a client and a bicycle price to another. It always varies. But I try as much as possible to tie it to whatever value I perceive it adds to your business and the period it takes me away from being able to engage in any other thing.

And then, for my dignity, there are price I’d rather not go lower than. Instead I’d consider doing it for free for whoever it is. But then, that would now have to be subject to my own personal timing.

What I realize is that many people just think of stuff they think is fancy, or they like and just try to engage software developers to implement it for them.

Because developers like coding, they almost always don’t think about the costs before they accept projects. The result of this is that a lot of time is wasted by the developer, writing codes that won’t make it to production or that would be trashed sooner than later. Time that could otherwise have yielded better value in many other ways. Also, doing this with someone who hasn’t thought their solution through, constantly changing requirements & breathing down their neck unnecessarily.

This process would help the people who need my service service as an experienced developer to properly & critically evaluate their requirements and see what is actually needed vs what is a “good to have” before engaging a developer.

Great Post man, it lost of information about developer underpaid…