Mark Essien, Abiola Olaniran and Iyin Aboyeji make the Forbes’ 30 under 30 in Africa 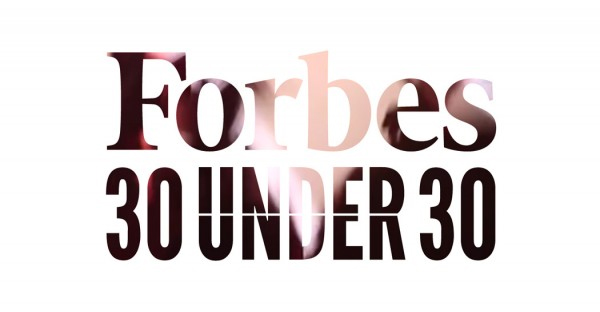 Last Month, Mfonobong Nsehe called on Africans to help compile the list of Africa’s brightest and most ambitious young entrepreneurs for the Forbes’ 30 Enterpreneurs Under 30 in Africa list.

He received about 800 nominations for this year’s tally of Africa’s brightest young entrepreneurs under age 30. Fourteen of the names on this year’s list were featured last year, plus there are 16 new rising stars to watch.

In its third year of running, the list is a sort of guide to the continent’s most noteworthy young entrepreneurs (usually unsung). The list cuts across entrepreneurs (aged 30 and under) who are making the most dramatic impact in Africa today in manufacturing, technology, real estate, media & entertainment, financial services, agriculture, fashion and the service industry.

The 30 Most Promising Young Entrepreneurs In Africa 2015 list has been released; and this year, the list features six Nigerian entrepreneurs:

Essien, is the founder of Hotels.ng, Nigeria’s largest hotel booking website. The online portal allows users from all over the world to book rooms from a selection of over 6000 hotels. The company has so far raised more than $250,000 in funding from Spark Fund among other investors.

Olaniran, 26, is the founder and CEO of Nigerian gaming company, Gamsole. Olaniran founded the company in 2012, and it has venture backing from 88mph, a Kenyan seed fund. The company’s games now have more than 9 million downloads both locally and internationally on the Windows Phone store.

Aboyeji, 23, is a co-founder at Andela, a global talent accelerator that trains young intelligent Africans to be world-class developers and then connects them with top employers around the world looking for top technical talent. Andela’s backers include the founders of Facebook, eBay, and AOL.

Pedro, 30, is one of Nigerian most popular new media entrepreneurs. BellaNaija, the Nigerian lifestyle, entertainment and fashion website which she founded, attracts more than 10 million page views every month from readers all across the world.

He is the founder of Alfa O & O Networks, a fixed wireless internet service provider focused on connecting homes in Benin City, Edo State Nigeria to the Internet in order to reduce the digital divide. He also owns Glazed the Doughnut Cafe, Houston’s first 24 hour doughnut shop. Glazed is on track to pull in revenues of $1.2 million this year and is listed as a top doughnut shop in Houston.

Idaminabo, 29, is the founder and CEO of Achievers Media, the organization which hosts the popular African Achievers Award, an annual event that recognizes individuals and organizations that have distinguished themselves in their contribution towards the growth and development of Africa. The event generates in excess of $1 million in sponsorship revenue annually. He is also the co-founder of Young CEO’s Business forum and was recently appointed as an Advisory Board member of the World Leaders Forum in Dubai.

Yes ooo, and we’re here to report them all 🙂

Eweniyi, thanks for putting this together. We so need this kind of reporting since the west will probably not be as interested in this type of news as much as they are in those issues that make us look bad.

Thank you, Samuel. We hope to bring more of these kinds of news to light.