The Central Bank of Somalia has announced plans to redesign its 1,000-shilling notes to curb inflation 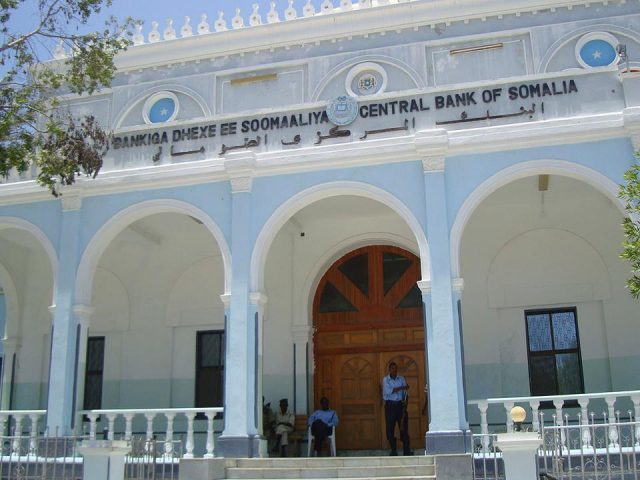 According to the central bank Deputy Governor, Ali Yasin Wardheere, Somalia’s redesigned notes will replace those issued before the civil war began in 1991.

Until the collapse of Somalia’s government in 1991, the regulator claims it maintained Treasury headquarters throughout the country, where it stored both tax revenues and banknotes.

Consequently, the central bank plans to open new branches in the capitals of all federal member states by June 2023, including Garowe, Baidoa, and Kismayo.

According to the Deputy Governor, the branches will assist the central bank in collecting taxes, storing money, and serving as the federal states’ fiscal agents.

The regulator has set up a unit “specifically dedicated to combating the counterfeit money market.”

The unit will also be responsible for maintaining the value of the new money that the central bank intends to print, helping it to control inflation.

Recall that Kenya introduced new notes in 2019, and Nigeria introduced its newly designed notes in December 2022.

In 2017, the Central Bank of Somalia unveiled plans to redesign the banknote, intending to print them the following year.

Besides, Wardheere stated that the Somali central bank has been working with the International Monetary Fund and the World Bank to replace bills and issue high-value currency notes since 2018.

Meanwhile, the Central Bank of Somalia plans to digitise its systems to make it easier for banks to send money to one another.

In August 2021, the central bank established a new national payments system for the country.

Previously, Somalia’s financial system could not meet anti-money laundering and anti-terrorist financing regulations due to the absence of a functioning government and central banking authority.

That prompted Somalis to rely on unlicensed mobile money platforms or face-to-face transactions involving cash or barter to meet their financial needs.

Nevertheless, the central bank said it has been working to rebuild the financial system in recent years, including granting the first licence for mobile-money providers in early 2021 and introducing Visa card payment services in partnership with the International Bank of Somalia.

So, “the new national payments system is the latest step in creating a functional financial system for Somalia,” Wardhere explained.