Mode
How I Work 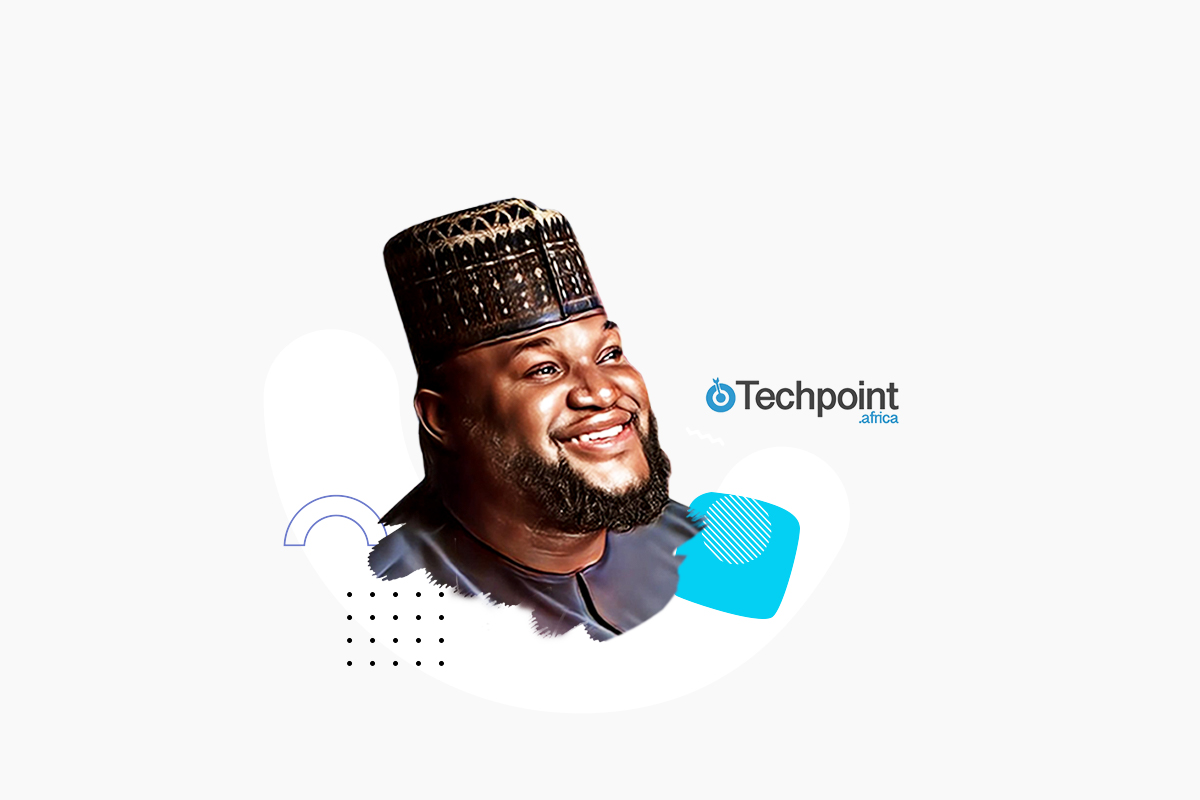 From photographing top celebrities to global leaders, Henry Oji’s rich portfolio and years of experience has made him one of Nigeria’s renowned photographers. On this edition of How I Work, talks about his journey into the world of photography as well as the tools and systems he employs to consistently create quality work.

I started photography in 2012. After my wedding, I traveled with my wife for my honeymoon and on our way back, I got my first DSLR camera. I always wanted to be that guy who would attend friends' weddings with a proper camera; not necessarily professional, but I was never a fan of using iPads and all that stuff. Somehow, I think what was an interest became a strong interest, and then from a strong interest, it became a passion.

The journey hasn’t particularly been easy, but I like to say that God has been very faithful. In the last 10 years, there have been times when it's been exciting, hard, and excruciatingly difficult. But in all, it has been a good journey because both the exciting parts and the difficult parts have led to forming the person that I am today. And I wouldn't wish to have it any better than I've had it.

What does your work entail? Walk us through a typical workday

I'm the lead photographer at Big H Studios. There are other photographers: associate photographers and intern photographers. My role is to coordinate the work across board and to ensure that we deliver the service that people are paying for. So if someone comes into the studio or has been booked for a photo shoot, we want to ensure that the experience is pleasant from the beginning to the end.

From when they either make a call or send an email, there's somebody who books the clients and then we have consultations to acquaint ourselves with the client and also share creative ideas for the shoot. After that, on the day of the shoot, we have assistants who help with the shoot. Once the shoot is done, we send the images to the editing team, but before that, I would handle what many people call color grade or the color work. And after that is done, I would send the pictures to the editing team to finish the skin work. When that is done, the images are sent back to me for final proofing. So it's just to ensure quality control and that all the images meet the required standard.

So a typical day for me at work is really just coordinating and ensuring that everybody who has a unique or specific role is carrying out that role to the best of their ability.

Beyond that, there is also the mentorship aspect. We have an academy called the Follow The Light class and when we have classes, there's also a change in role where I become not just a convener of the class, but also a facilitator and I teach in this class.

I think that as a photographer, you can't do without your eyes. And by eyes, I'm not necessarily referring to your ability to see with your two eyeballs because I also know that there are a few people who are blind and are also photographers. By eyes, I am referring to your ability to see in your mind. That's the first thing that we use to be able to conceive these images.

Then we move to the actual tools that I work with, which are my camera, my lights, Capture One, Photoshop, and my iMac. That's pretty much it.

What’s your favorite shortcut or hack for getting things done?

I think the only shortcut is to just do the work, to be honest. I don't know if we've been able to devise a particular hack. If at all there is a shortcut, I would say, do the work and delegate where you can so that you don't overburden yourself with a lot of work.

What task(s) do you dislike but still do?

From the process of having to conceive the idea, meet with the client, shoot the client, and edit the pictures, my least favorite task would be selecting images, especially wedding images. For an average wedding, you're looking at over 2,000 pictures. So you have to profile 2,000 images and in some cases, out of 2,000 images, you're only going to have to select 200 or 300.

That process can be tedious because you have to make sure that the ones that you've selected are the absolute best.

It's not something that I can't do but it's just not as exciting as all the other tasks that we do.

How do you keep track of what you have to do?

I have a team that I work with. We have a studio manager who handles the activities of the studio: payment of bills, purchase of equipment, and all the other stuff. We have an admin that is almost like HR and handles the day to day activities and the people in the studio. And we have a creative director who deals with creative mood boards, planning and execution of shoots, and personnel management.

Everybody has their unique role and I think when everybody is functioning optimally, everything goes smoothly. So I just depend on my team and if my team is working, then everything is working.

I'm still trying to find that, sadly. I'm not the best person at taking a break. But generally speaking, if I want to take a break, I would travel or do something that is not directly related to photography.

It's not something that I do all the time. I have traveled before; I had a creative block in 2018 and I traveled to a very far place for a conference and came back very refreshed and ready to go.

If you are in a system that is causing burn out or contributing to stress levels, then my advice would be to take a few steps away from the system and do things that are not necessarily related to the system.

Of late, we've been working from home, so I've also started to prioritize rest. Once upon a time, I used to work very late, sometimes into the next day, sometimes I slept in the studio, but I realized that no matter how hard you work, there's always going to be more work. So you have to be very intentional about creating time for rest.

What are you currently listening to, watching or reading?

I'm not big on watching movies or series. It doesn't necessarily make me more mature than anybody, it's just that sometimes I look at things from the perspective of time, and for the kind of work that we do, you can't give two hours to watch a movie if you're owing clients pictures. You won't be able to watch it with peace of mind because you've not been able to deliver.

But when I do watch, I like to watch martial arts and comedy movies. I like to watch comedy a lot because laughing is very important in any type of work. So even now, I watch a lot of Instagram skits – the funny ones. I'm also a fan of Marvel, the Avengers and all that stuff.

For music, I'm always listening to instrumentals. It helps me to calm down because sometimes, there's a tendency to want to be on the edge with the work. I used to listen to Maverick city but I haven't paid attention to any of the new songs. My go-to person right now is some guy on YouTube called DappyTKeys. Other than that, random Christian music and sometimes, maybe when I'm working out and need something upbeat, then I could listen to some Afrobeat Nigerian songs.

Are you reading anything right now or are there things you'd recommend?

I want to read my Bible a lot more. I've been slacking on that. I used to read a lot, I have a library but to be very honest in the last four years, I haven't really gotten back to it. I think I just need to be able to discipline myself to make time and read.

My late brother once said to me, “never share your opinion of other people with other people, because you don't know who you're talking to.”

One of my favorite pieces of advice from my late father was when it comes to money and friends, he said, “do not give a friend money that you cannot forgo because at a point you will have to choose between the money and your friend.”

For any photographer or creative listening, my advice would be to just keep shooting, keep practicing, keep getting better, and that success isn't a destination but a journey.

The last advice would be that every blessing that God gives us is people centered. So it is not for you alone to say, “oh, I have been blessed, let me enjoy the fruits of my labor.” Every time God deposits something, whether it's a gift, finances, whatever it is, it is because he wants you to be a channel to bless other people.

What's the problem you are still trying to solve?

I've always said I want to create a podcast, and I actually gave this year as a target, but I am very far from achieving that. I started this year with a lot of enthusiasm, spoke to somebody about it, got the equipment that I needed, and got the space ready, but we're already approaching the end of July and nothing reasonable has come out of that.

I really want to have a podcast channel so that I can just share life experiences and also invite people who can also share their own personal experiences.

Who would you like to see answer these questions?

Beyonce, because of her work ethic. I'm not a big fan of her music per se or every other thing that she represents, but there was something that she said once that stuck with me. When she was preparing for a show and wanted something done, the organizers and the people who were helping her with the performance said "Beyonce, this is absolutely impossible, nobody has ever done this before, it can't be done." And then she said, that's the reason why we're going to do it.

That has really just stuck with me because success isn't cheap, you have to put in the work and you have to somehow be crazy. I feel like, if she answers these questions, there are a couple of things that she would touch that would inspire so many people, myself included.

Also, Barack Obama. I just really like him a lot and how he presents himself, how he speaks and some of the things that he does. Though, I'm not a big fan of some other things about him.

I'm a huge fan of Ibrahim Babangida (IBB) as a leader. I know many people don't like him but it'll be interesting to hear his views.

And then in the photography world, I would say TY Bello and Kelechi Amadi. It would be good to get to know who they are, what makes them tick, what makes them humble even after they've achieved so much.

Author
I write about media, technology and internet culture.