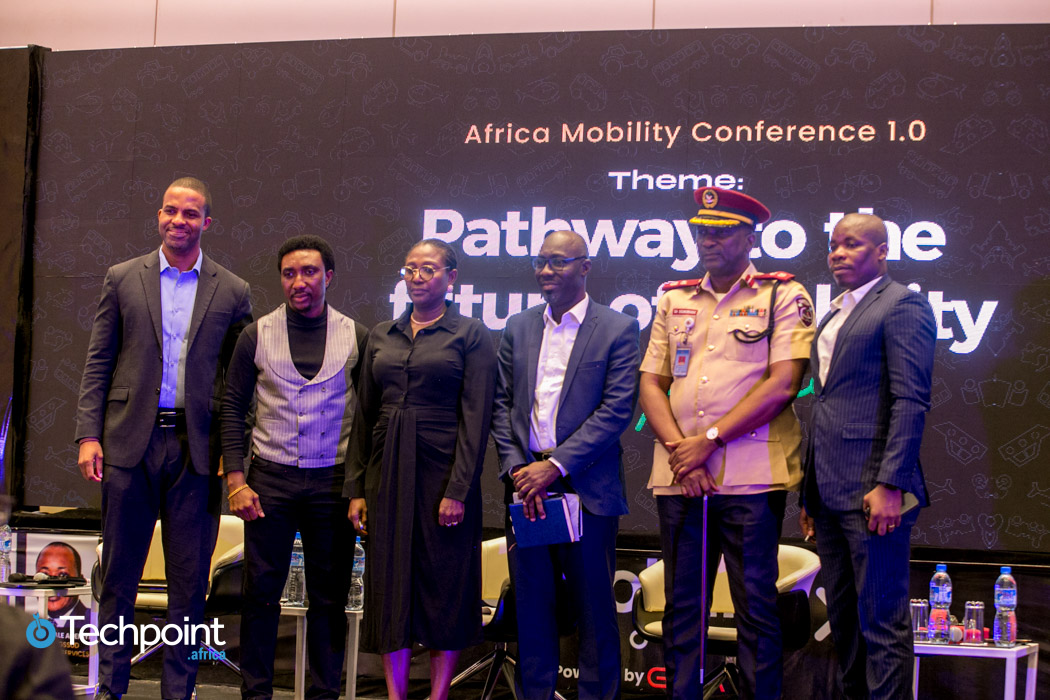 Hosted by Aruoture Rotus Oddiri, News Anchor at Arise News, the event had notable members of the press, stakeholders in the transport sector, and members of the public in attendance.

Engineer Toriola Hafeez, representing the Lagos State Commissioner of Transportation, Frederic Oladeinde, opened the Conference. He said state governments need to partner with the federal government to improve mobility in their states.

Following the opening remark was the keynote lecture by Abimbola Akinajo, Managing Director (MD), Lagos Metropolitan Area Transport Authority (LAMATA). She discussed the need for mobility to become easy for the economy to grow.

Enahoro Okhae and Joseph Osanipin emphasised the importance of infrastructure, saying they are important, and we need the government to help with better roads and policies.

Osanipin opined that the future of mobility is exciting for those prepared for it and scary for the unprepared. He added that policies and investments are the steps to prepare for the future.

According to Osanipin, the future requires huge investments and policies to drive them.

Enahoro discussed the need for electric vehicle (EV) adoption, adding that GIG Logistics is already using EVs for its operations. And he believes it's just a matter of time before they become fully mainstream.

On EVs, Akinajo said that the Lagos State Government, through LAMATA, has partnered with private sector companies who will bring in EVs and infrastructure to power them.

They are also working with the World Bank on a feasibility study to see how they can roll out EVs in Lagos and check all they need regarding infrastructure and other related variables. The aim is to continue to do the State's bidding of ensuring that mobility in Lagos becomes easy for every citizen.

Segun Ogungbemide spoke from the perspective of road safety. He said considering what has been achieved over the years, one would appreciate policy stability. He further stated that discipline and reorientation are required to sustain our policies.

Adeniyi defined sustainability and its importance. The other panellists looked at building sustainably in the face of competition from the government and private sector.

Ebuka Uchendu talked about innovations highlighting the increasing work being done in the electric vehicle space and how it's the future.

These sentiments were also shared by other panellists and some members of the audience.

Speaking to Techpoint Africa, Enahoro said that the goal is to shape the industry's narrative in all elements regarding security, infrastructure, public/private partnership, and technology adoption.

He further said that Chidi Ajaere, CEO, Greatman Legend, and also one of the pioneers of modern mobility systems in Nigeria, saddled the new GIGM leadership with the mandate to ensure that the legacy of leadership, technology, and service is sustained while prioritising people development.

He added that Greatman Legend is contributing significantly to the adoption of technology in the mobility industry and as one committed to crafting the future of mobility in Nigeria and Africa.

This is one of the key catalysts and inspiration behind the emergence of this Africa-wide mobility conference.

According to Enahoro, "You cannot stay outside the problem and proffer solutions to the problems. We have to dip our legs into it."

Enahoro also believes that EVs will eventually be cheaper in the long run and are also better for the environment as there is no emission. He said he was happy with how the conference went as they were able to raise important discussions and get the government's input.

He was particularly excited by the information provided by the Managing Director of LAMATA, Abimbola Akinajo, who said that the agency is working with the World Bank on a study to check the feasibility of EVs running in the State. He is looking forward to a positive outcome because he believes electric vehicles are here to stay.

Answering a question on the future of mobility, Enahoro said, "I think that the future is not necessarily what we create; the future is going to be what happens to us.

"It's either we position ourselves and embrace that future, or we become a relic of a lost age. In the future of mobility, EV is sure, and there is nothing anybody can do about it as we are going to get there."

According to the GIG Mobility CEO, technology will be big in the future of mobility. Mobility will transcend people going from one place to another and move to people connecting instead.

He added that it shouldn't be surprising if GIG Mobility buys space in the metaverse and creates a space for people to connect virtually.

He said GIG Mobility wants people to move freely and easily and attend to other aspects of their lives, such as paying bills and following news, among other things, while using their platform.