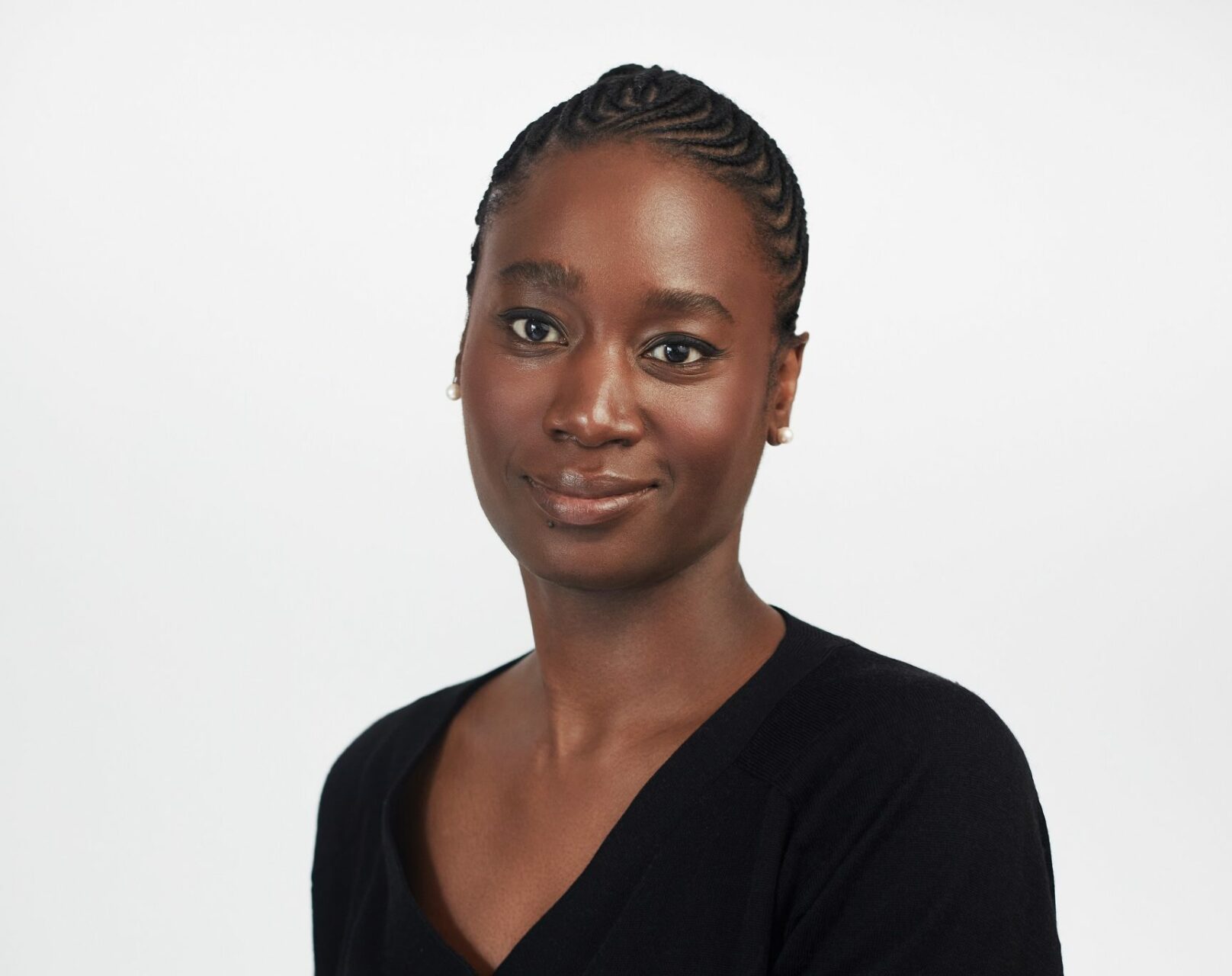 In July 2021, a Nigerian-American was recognised for her innovative work advancing diversity, equity, and inclusion in voice.

The attraction came from building a voice recognition and speech synthesis software for five African languages, which was innovative. As of the time she founded the startup, the market was pretty undefined and unrefined, with no known player in the space focused on native African languages.

To get an idea of how it feels to get the attention of an organisation like Women in Voice (WiV) — an international non-profit based in Seattle — and her plans for it, we had a chat, albeit briefly.

I did get an idea, but I only scratched the surface. I would come to realise that what seemed like a big deal was only a bit of the life of a hard-working woman with a problem-solving attitude, willing to keep shattering glass ceilings.

A few months later, Abake Adenle got to know of my interest in a broader conversation, and she gladly obliged.

On the set Monday evening, I noticed she had a relaxed look that set the tone for what was to be an exciting conversation. We kicked off as casually as it gets with small talks.

“Who is Abake Adenle?” felt like the simplest conversation starter I could think of. And I guess I made the right call because 15 minutes into the virtual chat, I could already picture how one stage of life blended seamlessly into the next.

“I’m relatively content with how my life has evolved. There have certainly been challenges, and I’m sure there’ll be challenges ahead, but I try to take a stoic approach and just let it go.” She paused to refer to the popular Disney sensation, Frozen, before she continued her train of thought, “you can only plan so much. I think the whole thing is to be flexible, proactive, and responsive.”

Abake could have been an academic professor — which she says she never lost the thrill for — but she chose the practical world of finance. With lots of experience in the bag, she checked out years later in pursuit of another adventure.

Currently, she is wading the waters of entrepreneurship while running a startup with a lean team. And she didn’t hide how much she enjoys doing what she does.

In the world of entrepreneurship

She blurted, “No!” amidst chuckles, adding comments about how much she enjoys the flexibility she now has.

If we ignore her inability to enjoy the work-life balance she craved, Abake never had a problem with investment banking — her first foray into the business world — as the commitment required could have happened in other careers.

“I like the idea of owning my time. I also enjoy intellectual freedom. I’m working on something I want to work on,” with an emphasis on the later ‘I’, “not because I’ve been told to work on it, but because I actually enjoy working on it. This is something I value.”

For her, being an entrepreneur is more fluid as it allows her to consider other things and probably pivot. In comparison, with investment banking where she had a core thing to focus on.

“I think I probably belong to the group of Nigerians that have lived in lots of different places but always having Nigeria as their anchor.”

Abake was born in the US, but she lived her first six years in Ibadan and partly Lagos, Nigeria, before going back. At age 11, she came back to the Motherland for her secondary school studies.

By 16, she returned to the US, where she studied Electrical Engineering for her undergraduate studies at Morgan State University, Maryland, before going for a PhD programme in the United Kingdom.

Because Abake enjoys studying, and she felt her knowledge of hardware was not as much as she would like, she decided to do a PhD degree in Signal Processing with a focus on Bayesian Inference from Cambridge University, graduating with good grades.

At that time, there was an attraction towards the finance industry, so she transitioned from engineering to work at Morgan Stanley, a global investment bank. There, she worked as a quantitative strategist.

“My role was to design and develop trading strategies for institutional investors. And I did that for about eight years.”

I joked about guessing why she ditched engineering as an opportunity to work with companies that hold a lot of capital. In her role, she found ways to help large companies into insurance, pension funds, sovereign wealth funds, and asset management and implement investment ideas.

She agreed her time in investment banking helped hone her expertise in business while acquiring commercial skills and ideas, something she wouldn’t have learned in academia.

Referring to her parents’ massive involvement in her life, Abake says her informed foundation continues to play an essential role in the values she holds dear.

“They set a very good example for us in terms of being hardworking, being open-minded, and not being afraid to pursue new opportunities, new ideas and adventures.”

As the last of four children, she mainly owes her love for reading and mathematics to her mum, who made her and her siblings study more while encouraging a reading culture.

Although Abake said that she had never wanted to go into academia, she seemed to me more like a teacher.

Reminding her after she carefully delineated the concept of Signal Processing and Bayesian Inference and its applicability in investment banking and everyday life, she eventually agreed with me.

“A lot of the work I was doing was going with salespeople to meet with, like, the Chief Investment Officer of this sovereign wealth fund or the head of that asset management fund. These are people who were very senior, who may not be experts at math. So I quickly had to learn that you can’t spend all your time describing things in ways that nobody understands what you’re saying.”

Journey into the startup scene

During Abake’s eight years at Morgan Stanley, she developed a mobile app for learning Yoruba, the Speak Yoruba App. It was never part of her plans, but she was inspired after seeing her niece and nephew use an app for learning English alphabets.

“And it ended up doing well in the app store.” That was both surprising and gratifying, but she couldn’t do more due to her schedule.

“I received lots of requests from people asking me to make a version of the app for the African language that they spoke, which was nice and was something I thought I could go into. But I had a job where I was working from 8 am to 11 pm, and it wasn’t realistic to take on at that time.”

I wondered where the mind to build stuff randomly came from, and Abake hinted that aside from how she’s weirdly drawn to studying and solving problems, she enjoyed making houses out of books as a young child.

In addition to that, a particular course during her undergraduate studies — where they were challenged to build something from an idea — was a trigger.

Soon, the time came when Abake finally decided to find a new challenge. Although she had several ideas, she settled with running a business of her own. At that point, she had the opportunity to pitch to Innovate UK for a grant, so she decided to revive the Yoruba-learning app, which is now no longer available on the app store.

“This was probably like four years on from when I’d launched the app. And I didn’t think the app itself was substantial enough of an idea to pitch for a grant. Before then, I’d be thinking about adding features that would require voice recognition and speech synthesis.”

Given how untapped speech technology for the African languages market was as of 2017, there were uncertainties. In September 2017, she got the Innovate UK grant.

What’s the plan for the grant?

“It was for me to develop voice recognition and speech synthesis along with an implementation of a product with two African languages. So, I developed a Beta One for Yoruba and Swahili.

She confirmed her fluency in Yoruba didn’t only come from her stay in Nigeria as her parents played their part.

All that went on for a year. In the meantime, she still consulted in the finance space while looking for funding, but VCs weren’t forthcoming given the undefined nature of the African speech recognition market.

On the other hand, having hands-on experience in the investment space, she was cautious of investment proposals that would take away most of her control in the business.

Bootstrapping for another six months, she went with a bigger proposal to Innovate UK, where the business got up to $500,000 in seed fund. With that, they could expand the beta product offering from a language perspective and use it to build data resources.

“As of now, even though we’re still in private beta, we still have the broadest native African language coverage.”

Compared to when she started, she’s confident in the attention the market now gets. And global companies are also looking to partner, giving it prospects for commercial viability.

Of wild interests and everything in between

For Abake, it has not only been investment banking, engineering, and entrepreneurship.

Interestingly, she didn’t always have an idea of a career to pursue. At some point, she considered management consulting because a family friend was excelling at it.

Then at another time, medicine. But, she changed her mind after an opportunity to scrub in during a surgery at the John Hopkins University School of Medicine during an undergraduate internship.

Abake believes investment banking was better suited to her background and interests. But she’s quick to add that despite having good grades and being hardworking, she has always been privileged to find herself in favourable situations. But in it all, she’s content.

Abake cannot deny that she had exciting moments at Morgan Stanley.

“There was a period where I came up with a strategy which worked across multiple environments. And it was ultimately adopted by a very large European asset manager who was somewhat difficult to deal with. I ended up developing a very good relationship with him and his team.”

This is one of her high points, building something unique, innovative, delivering value, and commercially viable.

But it was more than that.

Abake also experienced racism even though she has always worked in the UK.

Here’s a funny story: Even though she occupied a role very few black women find themselves in, sometimes, she was thought to be a secretary. But she wasn’t deterred by that.

“I think that even though it’s important to acknowledge these things, it is also important not to dwell too much on them. Otherwise, you become burdened with examining misogyny and racism, rather than being effective and productive.”

As an entrepreneur, she’s had to deal with trying to enter mutually beneficial partnerships and getting the right set of people to key into her goals, challenges startups often face at any face of the business life cycle.

Asides from reading, Abake enjoys cooking, travelling, and spending time with friends and family. Although all these are asides other random interests, she would pick but hardly follow through with. However, in a way I find intriguing, she finds fun in exploring wild and varied interests, one of the reasons she enjoys being an entrepreneur.