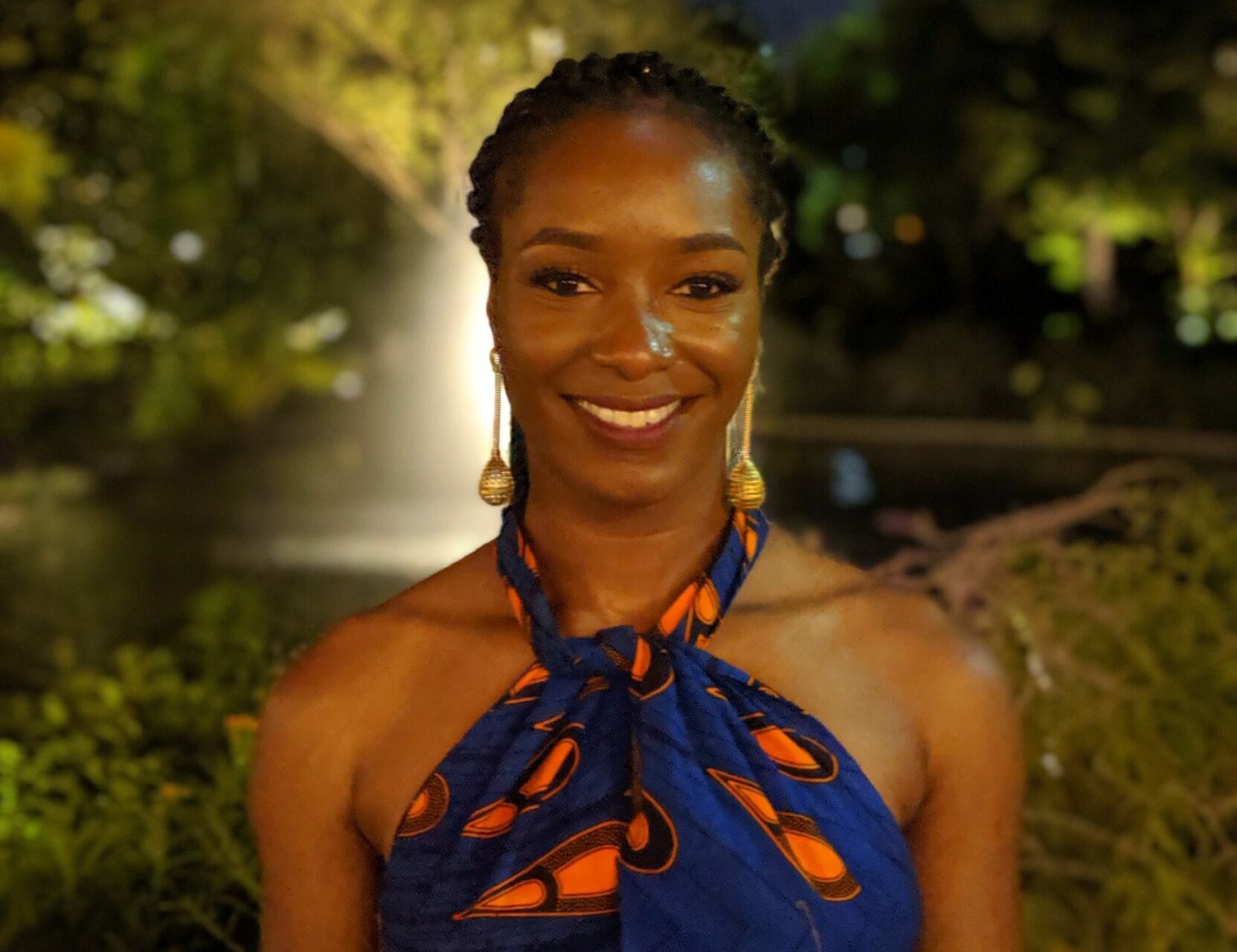 From late 2020 to the early months of 2021, other social networking platforms released Clubhouse look-alike features almost every other week. Those that didn’t, promised to do so soon.

Clubhouse’s launch was characterised by its exclusivity; it was only available for iOS users. But with Android maintaining its position as the leading mobile operating system worldwide, there was high anticipation for Clubhouse’s Android app, especially given its popularity.

But it took the startup 11 months to break the silence and announce that an Android app was already in the works. Clubhouse had brought in a passionate software developer with an affinity for Android products.

Clubhouse launched its Android app 10 weeks after onboarding the developer to give its closest competitor — Twitter Spaces — a run for its money.

Within the first 15 minutes of our hour-long chat, it was apparent what Mopewa Ogundipe holds dear, and it’s safe to say that she’s perfect for her role at Clubhouse.

“I’ve always known from a very early age that I wanted to be an engineer. And it was always a question of what kind of engineer I would be. I’ve always loved programming, and I decided I would do it at some point. I’ve been on that, and I’m still enjoying what I do; I don’t have any regrets there. I can’t imagine doing anything else.”

From our conversation, I discovered that Mopewa’s interest in Android development is still as strong as ever. But let’s find out where she started from and how she got here.

Engineering in the blood

Mopewa was just ten years old when her family relocated to the US, where she had her education until secondary school.

Given how young she was when they left Nigeria, I was surprised to learn that she once spoke with a heavy Nigerian accent. Her efforts to rid herself of the accent were very deliberate as it made it difficult for her to fit into the new environment. I digress.

It wasn’t easy to pinpoint the origin of her love for engineering during our conversation. Was it her love for tinkering? Early exposure to specialised courses, maybe? The influence of two brothers who are engineers? Who knows? But one thing was clear, she was interested in engineering before she got to the US.

If anything changed in high school, she clarified what she loved, which further strengthened her resolve. That was when she was first exposed to programming classes — which she liked because of her interest in maths and her fascination with how lines of codes perform certain processes.

During college, set on doing nothing but engineering, she immediately started actively looking for opportunities to practise. And those opportunities came before graduation.

Into the Android-land in Silicon Valley

“I started doing internships when I was in college,” she began as she explained how a newfound love started, “my first internship was in the summer after my first year in college. They had this internship programme specifically for underrepresented folks in tech. It’s a 10-week programme where they fly you out to their campus, and you get to do Android or iOS.”

She applied for Android. But it was an easy decision because it wasn’t her first rodeo. In one of her high school programming classes, she attempted to build an agenda book app into her first Android smartphone to help with keeping track of assignments.

During her first internship, Mopewa secured one with Instagram — on its Android team — for the following summer. Her first project saw her join the team that designed Instagram’s phone number verification process.

That was huge for her, and since her resolve was to build software full-time, she went for something else in the summer after her third year. At Khan Academy, a non-profit edtech platform, Mopewa and other developers built the platform’s official Android app. She returned after graduation to serve as the company’s Android software engineer for 15 months.

For the next three years, she was at Medium, an online publishing company headquartered in San Francisco.

“Working at Medium formed a large part of my career because I feel like that’s where I grew the most as an engineer. I joined Medium as a software engineer 1, and by the time I left, I was a senior engineer. I learnt a lot to think beyond what you’re building, that this isn’t just about coding. It has to do with teamwork, team coordination, and communication. I think it prepared me for this role,” Mopewa disclosed.

If anything, Mopewa often finds herself in places where she works on products that have a global reach. And for her, that’s the best part about building as she makes a living.

She is quick to add that she owes her consistent progress to supportive communities. From her academics to her career, Mopewa was lucky to find one person to lend a hand at every stage. Integrating into the American educational system would have been extremely challenging, for instance, if a teacher hadn’t taken an interest in her, helped her communicate better, and gotten into a programming class.

On the professional scene, she had the opportunity to work with people who challenged her to do better. And it was one of those co-workers who informed her that Clubhouse was searching for an Android software engineer.

Mopewa joined the popular audio chat startup, Clubhouse, in February 2021, almost a year after it launched and was already considered a Unicorn.

She admits that moving to Clubhouse represents her most significant career move, even though she wasn’t looking for a change at the time.

At the Unicorn, she isn’t only going to focus on building software but also building a team for posterity.

“I don’t think, going in, I necessarily knew that I could do it, but I saw it as an opportunity to stand out and challenge myself. Eventually, it seemed like probably a once-in-a-lifetime opportunity to join the team super early and build,” she chipped in as she perceived my curiosity.

And what did she come in to do?

“They (Clubhouse) wanted everyone to be able to access the app and not only iPhone users. The conversation when I was joining Clubhouse was to build Android and also a team that can maintain it as it grows as a product. My role was to look at what’s on iOS and think about how that might work on Android.”

On an average day, she meets with the team to discuss daily tasks, results from the previous day, strategies on new features, write code, and build.

After spending eight months at the startup, Mopewa revealed how she plans to grow in her current role, develop growth strategies for Clubhouse Android, and be actively part of a growing team.

Mopewa can confidently say she’s an exceptional Android developer even with only seven years of practice, most of which she has dedicated to becoming better and taking on daring challenges.

It is unusual, but Mopewa likes to work. However, she can also be outdoorsy, as she often walks her dog and spends some time at the park. An avid reader, she consumes a lot of literary content when she isn’t working.

Rather than live life afraid or under pressure, Mopewa keeps proving her worth by learning from her mistakes and improving. She lives by a statement made by American author Neale Donald Walsch, “Life begins at the edge of your comfort zone.”

As an exceptional black woman making a mark on the global tech scene, she focuses on being the best version of herself.

Amazing. Well done Mopewa and all the best in your future endeavours!

I wonder who will fix Nigeria, government or people.

This is really sad, despite all these success I hope she does something for her country.

Oga!! Nobody is ignoring his country Nigeria. But just try to do something you will see that ur mother and father are first to be against u, not to talk of the odds of the country itself.

This yeye country that fails to help it’s youth