Improving literacy with mobile phones and tech tools in Africa 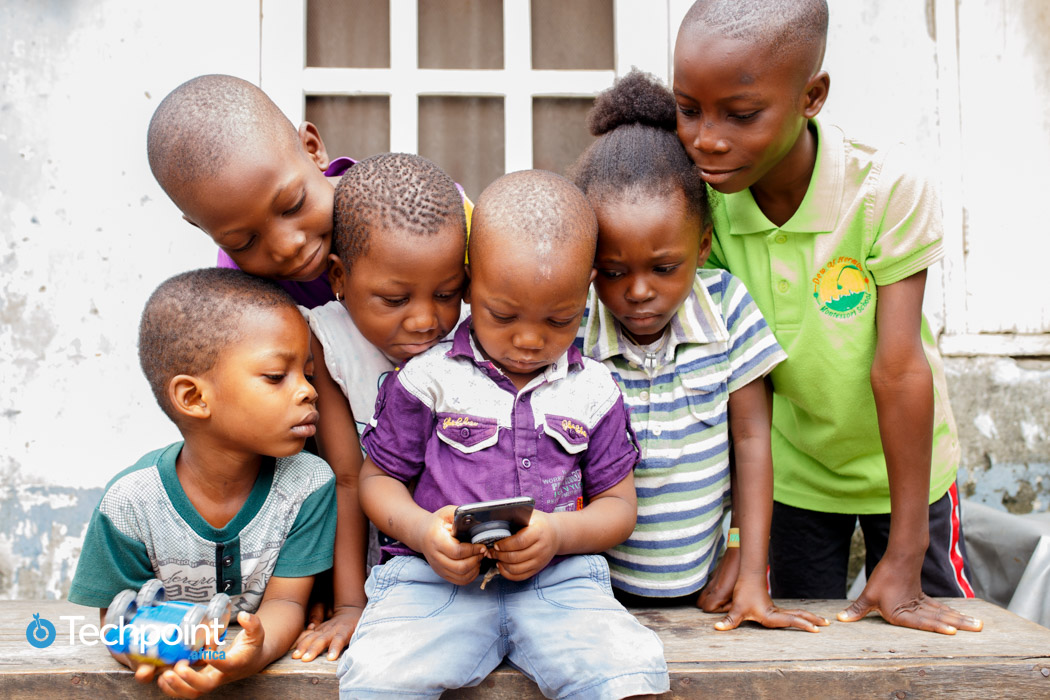 Emeka was eight years old when he dropped out of primary school. He couldn’t read and write at the time, and his environment was not conducive for learning.

“When I was in primary school, I used to think I wasn’t cut out for school. And the fact that I was living in the village didn’t help matters. My classmates would tease me, which would discourage and make me sad,” he recounts.

According to African Library Project (ALP), a non-profit organisation that builds libraries in rural Africa, 22% (30 million) of Africa’s primary-aged children were not enrolled in school in 2019.

The ALP also says that 48 million youth aged 15 to 24 are illiterate, while more than 1 in 3 adults cannot read. This translates to 182 million adults who are unable to read and write.

Per Statista, 66.8% of Africans aged 15 and above could read, write, and understand a simple statement in 2019. With an 80% literacy rate, Southern Africa ranked highest, with Northern, Eastern, and Central Africa recording rates above 70%. In West Africa, however, only 51% of adults could read or write.

Emeka believed he wasn’t cut out for school because he could neither read nor write. Something which could easily have been attributed to dyslexia, a learning disability.

A developmental delay simply means that a child is behind on some developmental milestones; it does not indicate a specific health problem.

Developmental delays can occur in cognition, communication, behaviour, socialisation or emotional functioning, and motor abilities. That children have any of these delays doesn’t mean they can’t match their peers.

Therefore, according to Healthline — an American website that provides medical information and health advice — early intervention and treatment can help a child achieve normal development as they mature. A delay indicates that the child’s learning problems will be corrected if given enough time.

A developmental disability, on the other hand, is a neurological disorder with long-term outcomes. And the World Health Organization (WHO) states that most disabilities have three dimensions: impairment, activity limitation, and participation limits.

When there’s an overlap

Studies have shown that determining whether a child has a developmental delay or a disability can be difficult because a delay can be an early sign of a learning disability, which is not the same as a physical disability.

Interestingly, most professionals can’t detect learning disabilities until a child is old enough to show deficits in courses like math, reading, and spelling.

Despite Emeka’s literacy delay, he could have improved significantly in a better school environment, with supportive parents and early intervention using tech tools. But he only began to make some progress when he was 20 years old after he arrived in Lagos State.

“I didn’t start to learn how to read and write until I came to Lagos about four years ago. You know, I was surprised to see children as young as seven read and write. That prompted me to buy a smartphone,” he recalls.

When mobile phones play a part in literacy

The Borgen Project, an organisation in the United States focused on improving poverty through online and community presence, reported that mobile phones help thousands of people in developing countries learn to read.

For emphasis, a different study by the United Nations Educational, Scientific and Cultural Organization (UNESCO) reveals that hundreds of thousands of Africans use mobile technology for texting.

According to a World Bank report, illiteracy in Africa is caused in part by a lack of books. It states that this situation is amplified by Africa’s rapidly growing student population, resulting in textbook-to-pupil ratios of 1:11 for reading and 1:13 for arithmetic in some countries.

With a smartphone, Emeka’s ability to read and write improved while using Google Voice, Google Translate, and Predictive Text before he could start writing and reading. It also helped that he had supportive friends.

Besides the tools Emeka used, there are many options to choose from.

Formerly Bolo, Read Along is a free Google-developed language-learning app for children launched on March 7, 2019, to help children have fun while learning to read.

Read Along includes an in-app reading companion that coaches children by listening to them while they read aloud, offering assistance when they get stuck, and awarding stars when they succeed.

It works best for children who already have a basic understanding of the English alphabet.

Depending on the settings, those simplified words can replace the original ones, be seen with a mouse click, or displayed next to the difficult words. It appears to be very sophisticated, and the precision of the simplified word choices is exceptional. Unlike some other websites, Rewordify does not just display word definitions.

Furthermore, teachers can use the site to create various learning activities based on the text that students can complete.

Newsela is an Instructional Content Platform that brings together engaging, accessible content with integrated assessments and insights to supercharge reading engagement and learning in every subject. Content on Newsela covers topics students care about that connect to the core curriculum and align with standards.

This app and website, designed for pupils just learning to read and write, does a great job of combining how to read and write engagingly. Letter sounds are taught in small groups and include audio and physical cues for learning — students will hear the sounds and trace the letters with their fingers or a stylus.

It includes a spelling game and sends weekly update emails to parents and teachers.

These and other tech tools have revealed the importance of technology on literacy as these tools are available to everyone, regardless of age.

Literacy is crucial in social and economic development. It expands knowledge, and a literate person is more likely to understand and adjust to society. Increased literacy in youth and adults has the power to change Africa.

Therefore, access to technology, the Internet, mobile phones, and tech tools are critical to closing the gap between increased illiteracy rates and the challenges in the way.