From designing album covers for Adekunle Gold and Blaqbonez, Anthony Azekwoh took a chance on NFTs and made a killing 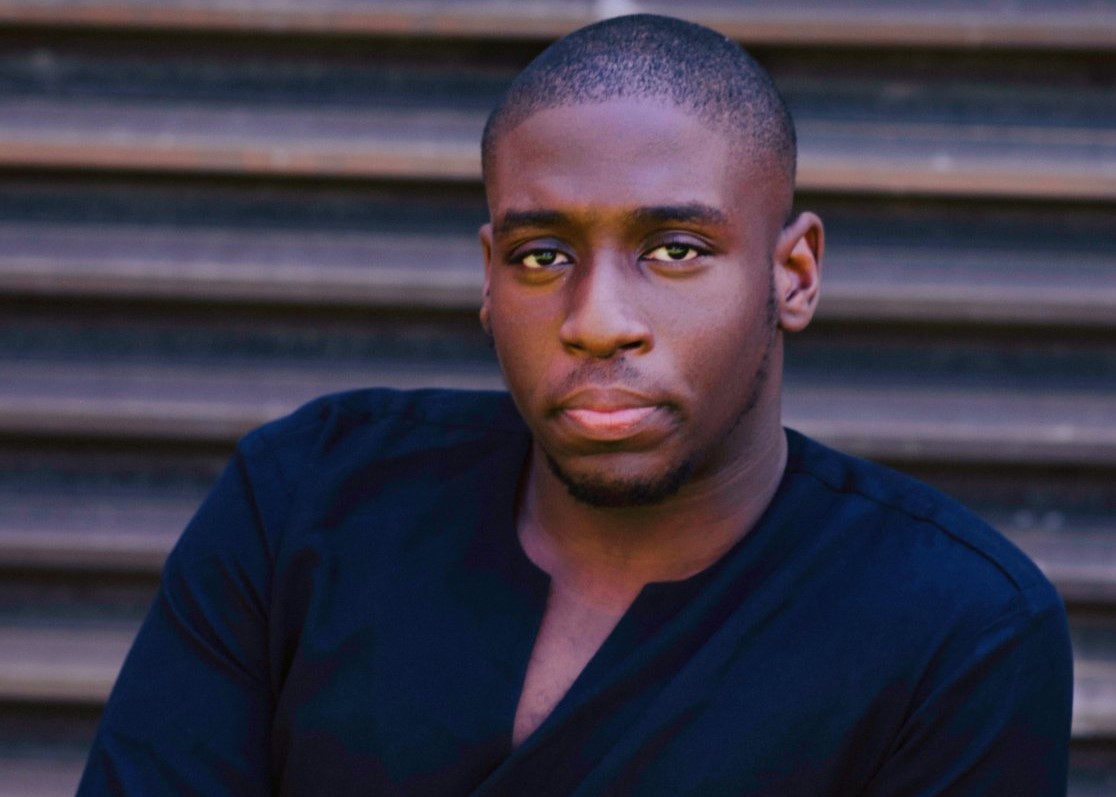 One look at Anthony Azekwoh’s art tells you that it is a deep story told with colour, lines, and shape. You immediately come away with the impression, as improbable as it is, that he first started to draw when he left his mother’s womb.

Surprisingly, Azekwoh’s contact with art isn’t only recent but somewhat accidental. His encounter with non-fungible tokens (NFTs) wasn’t deliberate, either, so he was surprised when he made more money in 20 minutes with NFTs than he’d made in his entire career as a commissioned artist.

NFTs are simply non-fungible tokens, which means they’re unique tokens. They’re like cryptocurrencies but with unique properties known as metadata.

While NFTs are mostly associated with digital art, they can be used to represent almost anything as a unique asset. For example, Twitter CEO, Jack Dorsey sold his first tweet on Twitter as an NFT for $2.9 million.

NFTs can represent articles, real estate, and even music, but the focus has been on art since they began to gain ground in 2017.

Writing was the first form of art Azekwoh encountered back in secondary school at Whitesands School, Lekki, Lagos. His English teacher, notable Nigerian writer, linguist, and scholar, Kola Tubosun, revealed the wonders that can be done with words.

“He was a big inspiration. That was my first time seeing a writer in real life. You know how most Nigerian parents will portray artists to be starving people? This man was confident,” Akwezoh recounts.

His encounter with Tubosun propelled him to share his stories. He penned down his troubles and excitement as a mechanical engineering student at Covenant University. Although his writings didn’t sit well with school authorities, the satisfaction of expression was worth it.

Writing became his main means of creation and expression. But despite writing constantly, he found a new channel to reach people with, which ushered him into another realm of creativity.

“My laptop had broken, and if I was not creating at any point in time, I felt very restless. I started drawing on A4 paper with  pens, and I showed some of them to my mom, who was wowed.”

And just like that, Azekwoh was hooked on this new medium of telling stories.

“Writing takes a lot of time to consume, but art is instantaneous.”

Armed with an additional channel, he told stories in words and paintings. He saw both media as “different dialects of the same language of creativity.”

From sketching on A4 papers, he graduated to painting on photoshop. Somewhere along the line, he dabbled in graphic design.

“I started designing, but I realised that designing logos was not it; I was not expressing myself, so I left graphic design.”

He started learning more about art, from ancient to modern, filling up his hard drive with books and tutorial videos. He churned out works that graced his Instagram page and drew more attention to his newly found creative medium.

In 2017, an American artiste reached out to him to design an album cover.

“I designed the album cover for about $60, and I remember feeling so good that someone wanted my work. I got my first graphic tablet with that money, and as I got better, I was able to afford better tools.”

He continued painting and learning but 2020, dubbed ‘the year of the pandemic’ by some,  was the year things began to take an exciting turn. Having left school because of the COVID-19-induced lockdown, Azekwoh had more time to focus on his craft.

The COVID-19 pandemic had just hit the country, and the lockdown gave the artist time away from school work to focus on his craft.

“I was able to have that mental space, to really pursue art to the best of my abilities.”

While he honed his craft at home, popular afrobeat singer, Adekunle Gold, reached out to him to paint the AG Baby album cover.

Very much like a double-edged sword, 2020 took from some but kept on giving to Azekwoh as more artistes like American singer, Masego; Nigerian rapper, Blaqbonez; and Nigerian rap duo Show Dem Camp also reached out.

Azekwoh was on a roll until an Instagram DM about NFT threatened to rock his boat. His first thought was that fraudsters had targeted him, so his guard was up. In fairness to him, the uninformed generally frown upon anything crypto-related, as it is mainly perceived as illegal.

“I immediately thought I was about to be scammed. And it was not like l was even making  enough money to put in crypto.”

However, despite his reservations, something within Azekwoh stirred. It was reminiscent of his experience when he stumbled upon art.

As someone who didn’t train traditionally as an artist, he was pretty open-minded about the distribution and appreciation of art; he still is.

The DM about crypto art came from Mango Dogwood, Community Manager, Charged Particles, an NFT platform, where Azekwoh would mint and sell his first NFT.

“I’m not a native to art, so the way I look at things is a bit different, I’m constantly thinking about how to do things better, change up my workflow and distribution, so the crypto art thing seemed very interesting and new. So I decided to give it a try.”

He went out on a limb and decided to mint his work on the platform with very little expectation. Azekwoh didn’t know what was going on until someone tweeted at him 20 minutes after he minted, congratulating him on the sale.

He had a light-bulb moment and invested more time learning and connecting with people in the NFT community. He went on to mint works on Super Rare, an NFT platform with over $8 million in sales.

“I remember after selling pieces on Super Rare, I thought about collecting and buying pieces. For example, I bought a piece for 1Eth ($3,800), and within two days, people were bidding $19,000 for five Ethereums.”

According to the book, Innovation and Its Enemies: Why People Resist New Technologies by Calestous Juma, for about 600 years, people have found it difficult to choose between  “the need for innovation and the pressure to maintain continuity, social order, and stability.”

Just like that new kid on the block, disliked for no justifiable reason, NFTs have arrived to change the art world. And understandably, there is resistance, as is often the case with people and change that they can’t explain.

Azekwoh believes that as in every sector, NFTs represent the natural progression in the art industry.

“In art history, there was a time when oil painting thrived. And then, when watercolours came along, they were resisted because of the ease they introduced. But they came, and they stayed.”

Many art lovers are convinced that digital art, which makes it easy to undo mistakes, for instance, takes away from art.

But a glimpse at the beautiful works available on NFT platforms tells a different story.

Azekwoh admitted that he was surprised when he heard that Beeple — a popular NFT artist — sold a piece for $69 million. However, a little research revealed that the artist once created a work that took 5000 days to complete.

“There is always that aversion to change because it shakes everything you know, but no matter how hard you fight, the innovations will come.”

Yasuke the Black Samurai and other works

He goes with the latter, which to him is a collaboration.

“When I’m telling stories with art, I’m not trying to steer you towards a particular direction. I leave it very open-ended for you to infer what it means.”

He learnt about Yasuke, the Black Samurai, in a TEDx video and decided to bring him to life. To some, it could mean a story in history that had never been told or a protector from some time in their lives.

He has met people who were reminded of a family member or someone they came across days before just because they saw The Red Man, one of his works.

While gaining traction rapidly in the NFT space has been a remarkable thing for Azekwoh, he believes a truly successful artist remains relevant for a long time.

And with over $53,000 sold in NFTs, he’ll only consider himself a success if he stands the test of time.

Azekwoh is still shocked at how suddenly he burst onto the NFT scene, and knowing that his Eth wallet is filling up makes sleeping difficult for him.

He has started a fund to support more African artists and onboard them onto NFT platforms, where their works will get the exposure and appreciation they deserve.

How can I connect with you, Bolu? Great piece.

Wow, I love this

Yes, the pandemic was/is a blessing for some. I have been seeing this NFT thingy online. It’s good to read about it and better to know that young Africans can(are) take(ing) advantage.

Bolu, thank you for this revealing piece.

Wow..the write-up is just as amazing as the person being written about. More amazing though, is the NFT place. Now, that’s a force to reckon with.

How can one learn how to mint nft

Hi Wale, subscribe to Crypto Explorer here: https://techpoint.africa/2021/08/03/experts-enaira-cbdc/ we’ll discussing topics related to crypto and we might just be explaining everything about NFTs.

These are the kind of inspiring news writers should dig up and publish, not some bunch of unprofitable nonsense about issues that add absolutely nothing to you,just in tge name of likes. This is an excellent story of a wonderful person, well told by another incredibly wonderful writer. Its beautiful and valuable art all the way. I love it, I’m so inspired.

Thank you Adeyemi, glad you found it inspiring.

Wow……this is so amazing, I love the write up. I would like to know more about this NFT stuff.