Who puts out your IT fires when you’ve deleted an entire file from the company’s servers? 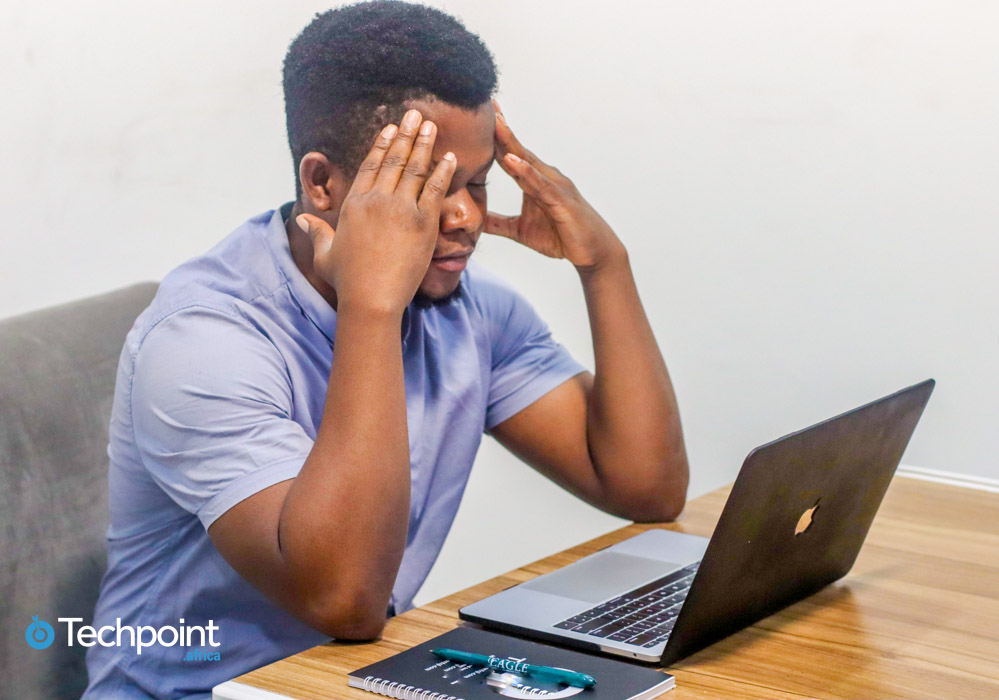 Recently, the job of a system administrator — sometimes called a sysadmin or system admin — had begun to fascinate me. But before we start, a little back story.

My first experience with system administrators was with the technical support staff in the ICTU/CRPU unit of the University of Benin. Depending on the mood you catch them in, you could get a good-natured, friendly personality or, a trash-talking grump — most likely the latter.

Fast forward to 2021, my job at Techpoint Africa led me to meet people like Karo, a soft-spoken but highly opinionated sysadmin who takes his job seriously and, quite frankly, knows what he is doing.

The difference was stark, but I still didn’t know what exactly sysadmins did. And I decided to find out.

Who are System Administrators?

When I first began down the rabbit hole called research, I expected to find a pretty complex maze of confusing terms and techy words. In the end, I did find them — words like awk, Perl, and shell. I also found semi-familiar words like server, network, and information.

But I discovered an underlying thread, troubleshooting. At the heart of the job of a system administrator is the ability to find solutions to the IT fires an organisation dependent on technology inevitably needs to put out.

Kolade Alonge, a former server administrator at MultiChoice, puts it succinctly, “We are problem solvers.”

More than that, System Administrators are responsible for the general management and maintenance of computer systems — servers, storage, CPU, PC — including software and hardware.

For the average sysadmin, the day is spent attending to tickets — troubleshooting requests — from users, checking for errors and making sure the server is running perfectly.

It is quite demanding, requiring sysadmins to have knowledge of computer architecture — both hardware and software — and stay abreast of the latest updates to software; constantly think widely for economical solutions for the organisation while trying to maintain some semblance of calm.

The path to System Administration

For Fatosa Adigun, his journey began in the four walls of the Federal Polytechnic, Ilaro, Ogun State, as a student in the Electrical/Electronics Engineering Department.

“I started as an intern after my national diploma. Even though I was studying Electrical/Electronics Engineering, I was privileged to do my industrial training in an IT firm somewhere in Ikeja. I was posted to the Network and IT Department. I knew I’d end up in the IT field.”

His love for IT led him to go back to school for a degree in Computer Science, a programme which will end next year.

Alonge’s path was a different one. He studied Computer Science as an undergraduate and began his career as an IT Auditor, but eventually wound up as a System Administrator at Multichoice for the better part of a year. An experience he believes every IT professional should have.

“Every auditor needs to have that experience of providing service before auditing service.”

Alonge and Adigun agree on one thing, going to university barely gives you 10% of the knowledge you need on the job. Many skills they acquired were primarily learnt as they went along or via courses and certifications they have had to take.

According to Alonge, in Nigeria, school will teach you what you need to understand about computer architecture. If you are lucky enough, you get a lecturer good at programming who teaches well.

While entry requirements for system administrators are relatively low, companies often prefer to hire persons with at least a bachelor’s degree in a computer-related course such as computer science, electrical/electronics engineering, or telecommunications and networking.

However, according to Olusegun Balogun, an IT Support Specialist, you don’t necessarily have to have those degrees to become a system administrator.

“At Southgate Technologies, where I did my IT, I had a boss then. He was a subject matter expert in networking, but his first degree was in sociology. It depends first of all on the passion you have for computers, or it could be the first job you landed, and you decided to build a career in IT.”

Alonge recalls receiving a call from his office informing him that his server room was on fire. Thankfully, this was not the case. The problem was with the cooling equipment. The room was quite hot, and the servers had to be turned off to prevent downtime.

Heat is a sworn nemesis of servers. The ideal temperature for a server room is between 20 and 21 degrees Celsius. You also have to be careful not to keep the server room too cold — very dicey.

Apart from the health of the servers, what concerned him most was the fact that fellow staff members would be unable to work.

He recalls another incident; the backup solution was not working for the file server — where organisations store their documents and important information. He would have to update the hard drive, a tricky situation that meant that if he failed, not only would important information be lost, he could lose his job as well.

Eventually, everything went off without a hitch, with some prayer backing it along the way. He counts this as both his best and worst experience on the job.

For System Administrators, a problem solved is a highlight of their day. Adigun’s best experience involved solving a network issue for a very important client, a government parastatal which shall not be named.

His worst experience was a bad boss at a former workplace. His superior shouted at him for a mistake he had inadvertently committed.

How important are System Administrators?

According to Balogun, as long as an organisation’s system depends on IT infrastructure, sysadmins are important. But he also says it depends on the size of the organisation

“Ultimately, all organisations, as long as you have some IT setup, routers, switches, LAN, some servers, definitely you will need a system administrator for maintenance. It now depends on the size of the organisation to know whether you are going to outsource or not,” he concludes

Per GFI Software — a business-IT essential software provider — IT admins rarely have enough time, find it challenging to work without impacting users, keep everything running smoothly, and find users unpredictable.

That post was made in 2014, and if Adigun’s statements are factual, it remains the norm. For him, the job is quite time-consuming. Sometimes, he has had to leave the office at 10 p.m. He also finds dealing with users in other departments stressful and keeping up with updates to the software.

Alonge identifies scenarios where an organisation wastes money to get gadgets that might not be needed or repair systems that can be repaired with a bit of technical know-how.

“It’s not all about the gadgets; it’s about the knowledge,” he says.

As is the natural progression of things, technology has evolved over the years. Many jobs now involve a lot more automation than they did in the last 10, 20 years.

Can AI take over the job of a sysadmin? Experts disagree, at the very least not until AI does not need the input or guidance of a human being.

A Medium post by mindsync explains this quite well, “In order to use the algorithms effectively, you need the talent of a living person (it’s not enough to just teach the algorithm on a sample, you need to understand the business context, data features, and be able to interpret the results correctly).”

Both Adigun and Alonge agree with this assessment

If you’ve read this far, you are probably wondering. Why are we talking about sysadmins?

Kekatos was inspired by an HP magazine ad in which a system administrator is presented with flowers and fruit-baskets by grateful co-workers as thanks for installing new printers — the same model he had just installed at his workplace.

It is a day created specifically to appreciate the tireless and sometimes thankless job that sysadmins do, 24 hours a day, 365 — or six — a year.

On the website, it says: “Proper observation of SysAdmin Day includes (but is not limited to): cake & ice cream, pizza, cards, gifts, words of gratitude, custom t-shirts celebrating the epic greatness of your SysAdmin, balloons, confetti, did I say gifts?”

So, to all sysadmins, up at 3 a.m. trying to work out a server downtime issue, or racking your brains, trying to find the answer to a firewall problem, we say thank you.

And most of all, we say a big thank you to Muyiwa Matuluko, Techpoint Africa’s Chief Servant and Ognenekaro Obrutu, former Technical Product Lead, for putting out our IT fires — which we may or may not cause ourselves.