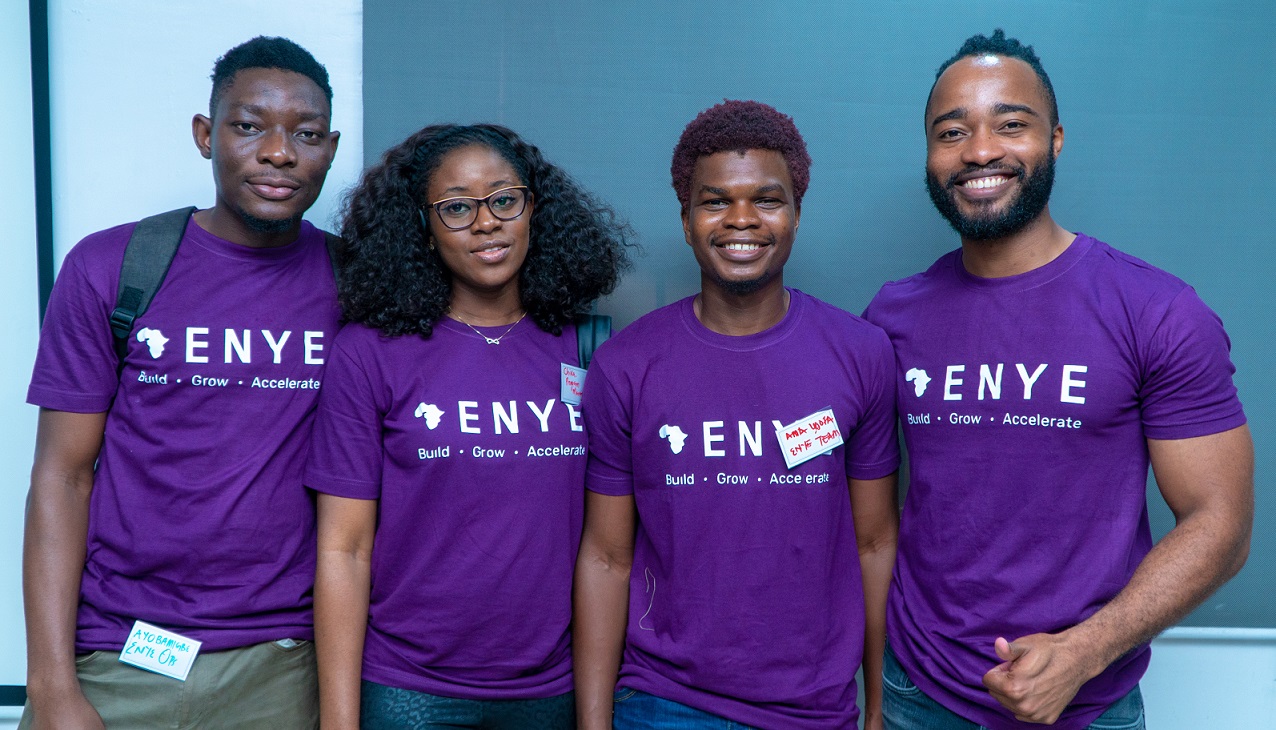 Gabriel is a young graduate who has invested a lot to get the necessary skills required to become a web developer. But with no real-world experience, he finds getting a job a more challenging task than he first imagined.

And then there’s Hannah, a founder of an early-stage Nigerian Software-as-a-Service (SaaS) startup looking for a creative web developer to build her product. Despite her search, she just can’t seem to find the right talent.

While it seems strange that Hannah and Gabriel exist in the same world, the underlying numbers suggest that this is mostly the case.

In December 2020, Nigeria recorded a 33% unemployment rate for its 67 million-strong working population. This meant that up to 22 million Nigerians had nothing to do by the end of 2020.

Though many tech-based jobs have popped up in recent years, there appears to be a skills shortage compared to the jobs in demand.

This is hardly surprising considering that, according to Google, the market is dominated by self-taught programmers and those who learnt from platforms like Gebeya (Ethiopia) and Decagon (Nigeria), among others.

While in the US, Uche Nnadi, Co-founder and Chief Technology Officer (CTO) of Africa-focused fintech, PayHippo, turned his sights to the wealth of underutilised talents in Nigeria. 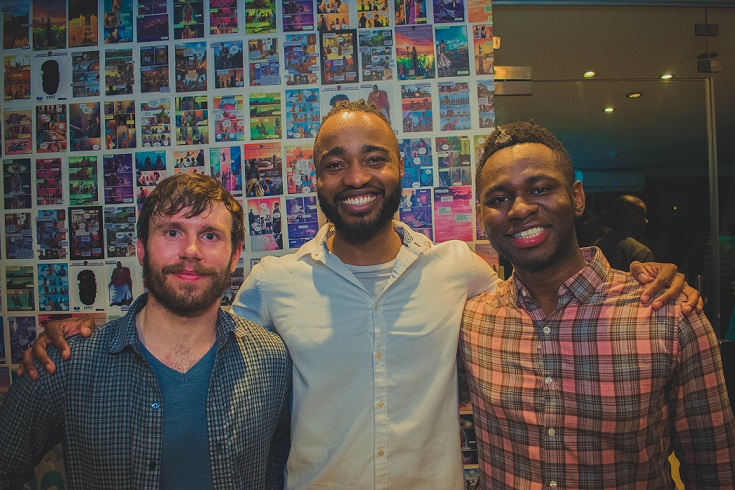 Having left for the US in 1999, Nnadi says he decided to build something that would enable other young Nigerians to have a little access to some of the privileges he enjoyed after his relocation.

This led Nnadi and his co-founders — Michael Paccione (CFO) and Emmanuel Ezeagwula (CTO) — to found Enye, a platform to create value for engineers and founders.

In case you’re wondering, Enye is from Nye, an Igbo word that means ‘to give or to provide’.

Settling on a model that works

Fresh off its $24m Series B in 2016, Africa-focused talent company, Andela, was at the height of its popularity. It gained widespread acclaim for a unique approach to solving Africa’s talent problem.

Running as a non-profit, Enye decided to follow a similar route by teaching university students how to code.

“This was November/December of 2016. I got a bunch of my friends together and was like, ‘hey, I have this idea to build a nonprofit where we teach software engineering to college-level students in Nigeria,’” he recounts.

However, Nnadi admits that this was a complete failure.

“We didn’t know how to teach; teaching is very difficult. You have to actually go to school to learn how to teach people. And people learn in different ways; you have to know how to relay information in an infinite amount of ways,” he says.

Also, Nnadi believes college students were the wrong set of people for the program.

“They had essays and exams that they needed to focus on. I mean, you can’t teach people who don’t have time for you to teach them.”

Nnadi reveals that the first cohort had ten students to whom they gave laptops and data, but it just didn’t turn out well.

Nnadi and his team decided to play to their strengths by creating a mentorship and project-oriented program for its second and third cohort. It wasn’t just theory, but people building real applications.

In the third cohort, Enye experimented and paired engineers with founders in Lagos. The experiment’s partial success influenced how it approached its fourth cohort.

“Although the experiment wasn’t a complete success, there was something there, you know.  Building MVPs and upskilling engineers. We just needed to figure out how to do it,” he says.

So the company employed a founders programme and an engineering programme where it featured developers helping founders build their MVPs.

Nnadi’s priority was to make sure all the developers got jobs, and the company tried to follow through to the end.

In cohort four, Enye was able to register a 90% success rate for founder-developer placement. The 10% left were given placements with Enye’s various partners.

“The only reason they will not get placed is if they don’t meet our standard. If they don’t meet that threshold where we think they’re competent as engineers who can communicate effectively, and they’re just driven to like over-deliver.”

What kind of developer gets into Enye?

Unlike other platforms, Enye is not looking to build engineers from scratch but is looking for developers who know their stuff. It employs a rigorous process to achieve this.

It first tests a developer’s ability to build and knowledge of the fundamentals like how a language works and various concepts on a very basic level.

“The last level is more on infrastructure and doing the due diligence that is needed before you sort of program, like doing the wireframing and the design work, and designing like databases and so on and so forth,” he says.

The company then tests those who sail through for their soft skills like teamwork and communication.

“We then put them through a pre-course, and this pre-course is another layer of vetting. And in that pre-course, we are throwing at them the sort of things they need to know as product engineers,” he explains.

Nnadi insists that such a rigorous process is essential for the kind of product-focused engineers they’re trying to build and that are in high demand by startups. Those who fail this process are quickly shown the exit door.

Nnadi says the hardest vetting process is the two-month program, and those who get to the end are guaranteed a job since there’s a healthy demand.

While the first cohort started with just 10 engineers, the fifth features 10 founders and 30 engineers.

Enye now runs two programmes concurrently. A founders program for Founders who need their MVPs built and a developer programme for engineers who want to upskill. Each founder is strategically paired with three engineers.

“Maybe the founder needs, like, a Python engineer, and one needs someone who has a bit of machine learning or a bit of experience about eCommerce. So, we match them accordingly, and then over two months, they build an MVP.”

Most of the startups that feature here are early-stage startups trying to figure out their MVPs; others are already established and are looking to launch a new product, while some might just be looking to digitise their service.

According to Nnadi, the social contract at play dictates that the founder hires at least one or all the developers who can either accept or reject the offer if the MVP gets built.

Unlike other companies playing in the talent space, Enye is registered as a non-profit company based at 481 Clipper Street, San Francisco, California, USA. For Nnadi, the business of building talent would be best served when the end goal is not profit-driven.

“The priorities are different. So, if you are an Andela, because you’re a profit-driven company, you’re absolutely just trying to make as much money as possible, right? And then that forces you to think about value and make decisions in a completely different way,” he explains.

While Enye might not be found closing headline-making funding rounds, it has access to other perks. As a 501(c) (3) US-based non-profit, the company can get many technologies and subscriptions from the various tech companies at either zero-cost or heavily discounted costs.

Nnadi believes that this model has allowed Enye to focus on solving big problems with limited resources.

So how exactly does the company make money? At first, the company started with fundraisers, but Nnadi insists this didn’t make sense if people were not writing massive checks. The company currently accepts donations, and it has regular annual sponsors.

“We also have a sustainable model where we charge a placement fee. It costs ₦100k ($243) to place an engineer, and an engineer who goes through our program and gets placed at a job also pays us ₦100k.”

These are one-time fees, and the company invests the money it realises in the next cohort.

Ayobamigbe Teriba, Enye’s Country Coordinator for Nigeria, explains that the company’s current model allows it to work seamlessly with for-profit companies to achieve its goals. To date, the company has struck partnerships with AWS, Oracle for Startups, Founders Factory Africa in South Africa, Startup Plug, Ingressive for Good, and FCMB.

Milestones and the future

Success does not come without its challenges, and for Nnadi, the biggest challenge has been getting people from different backgrounds to gel and work well together towards a common goal.

According to him, the key has been getting people to over-communicate to ensure problems are resolved. While this is still difficult to figure out, the company can forge ahead toward its goal.

“The greatest impact can be found at the bottom of the pyramid,” Nnadi says.

On May 15, 2021, Enye graduated its fifth cohort to wide acclaim, and it plans to run another one this year. It also plans to host regular hackathons, get all its systems and workflows integrated, and find ways to engage with the audience to create more opportunities for founders and engineers in the various cohorts.

No respite for Zamfara, Infibranches’ $2 million raise, dopay’s Series A round

What if you could ask anyone on the Techpoint Africa Team anything?

Open DMs allow people to reach anyone on the Techpoint Africa team at any time. Perhaps that’s a wild guess. We’ve organised a 60-minute webinar where you can ask us anything from our processes to our favourite pastimes. Save a seat