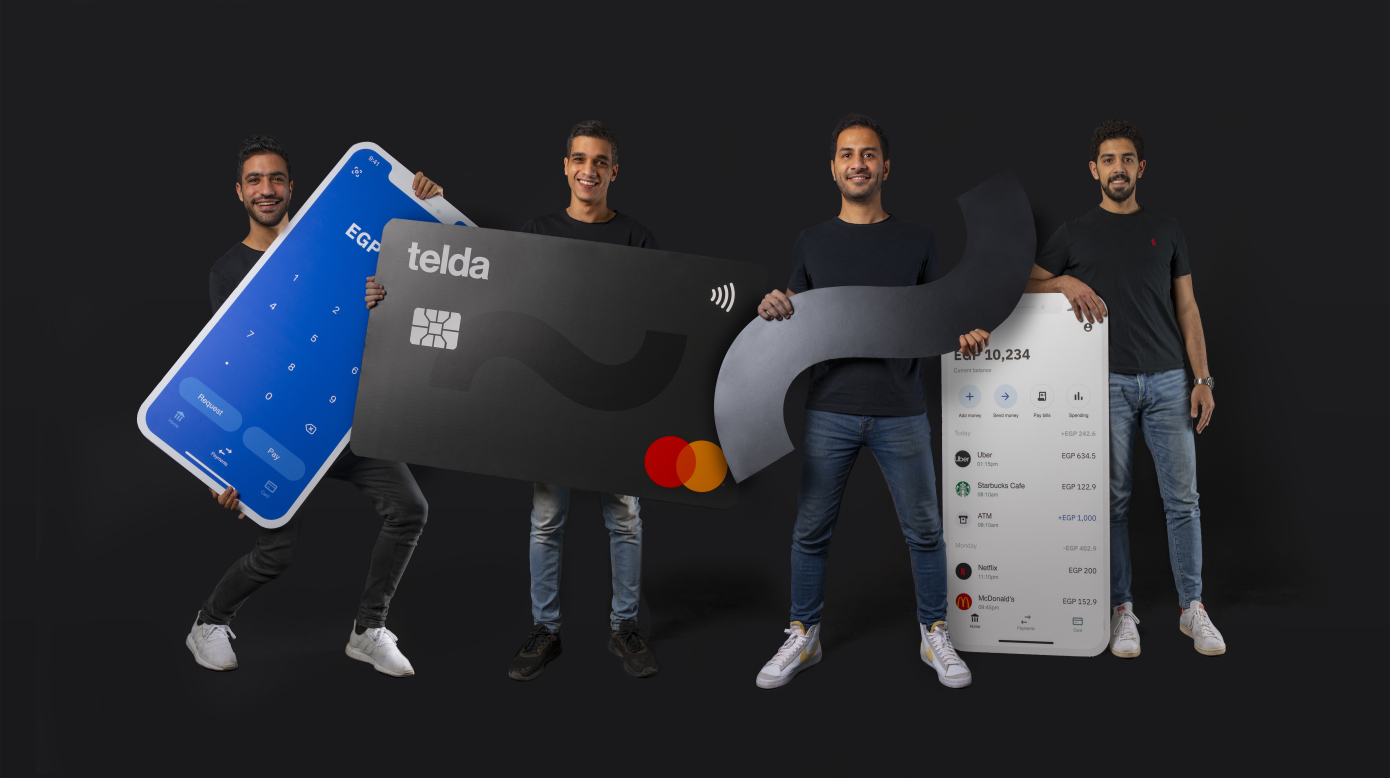 Telda, an Egyptian fintech startup, has raised $5 million in a pre-seed round to digitise how Egyptians save, spend, and send money. The round was led by US VC firm, Sequoia Capital;  Berlin-based Global Founders Capital (GFC);  and Class 5 Global.

This pre-seed round led by Sequoia Capital is the largest in Africa, and the Middle East and North Africa (MENA). Also, it is Sequoia Capital’s first investment in MENA, while Telda is the first digital bank in Egypt.

The fintech — with a goal to change how Gen Z in the Middle East spends their money — allows users to sign up for a digital account that comes with a free Mastercard-powered card that can be used for online payments, in-store purchases, and cash withdrawal.

According to TechCrunch, Ahmed Sabbah,  Telda CEO, said that more than 30,000 people had signed up, with half of them demanding cards. Therefore, with the new funding, Telda aims to accelerate its card production and dispensation.

Before the launch of the money app, Sabbah was the Co-founder and Chief Technology Officer (CTO) of Egyptian transportation startup, Swvl. At the same time, Telda’s CTO, Youssef Sholqamy, was a former senior engineer in the Uber infrastructure team.

In 2015, Sabbah saw the possibilities of digital banking in Egypt after using N26, a mobile bank, in Berlin. And from that time, he and Sholqamy kept looking into the fintech space while at their respective workplaces.

However, though fond of the market, they couldn’t enter it. Since the launch of N26 in 2015, Sabbah and Sholqamy reportedly studied the space and imagined they could do the same in Egypt. In April 2021, they launched Telda.

With the fund raised, Telda plans to grow in Egypt and supply cards to the early adopters while the team envisages supplying close to a million cards in its first year.  While it aims to develop into a world-class team willing to utilise opportunities, hiring is important.

In a month, Telda has grown. It is reported as the first company to receive a licence from the Central Bank of Egypt (CBE) under its new regulations to give out cards and digitally onboard customers.

However, getting the licence was tough because they tried to convince regulators to trust and regulate their banking business, and to provide payment financial services to their consumers while convincing their partner bank to provide Telda’s service.

They were able to do this by informing the partner bank that their services would not overlap because their mobile money app complements the bank.

Within the past year, early-stage Egyptian startups have started raising large funds. In March 2021, Koinz raised a $4.8 million seed investment to hire more people and expand to the Middle East, while Flextock hopes to capture a large portion of the MENA region’s $25 billion eCommerce logistics market after closing $3.25 million in pre-seed.

Irrespective of these startups’ reasons, none of them seem to have sufficiently addressed the problem of card payment methods.

In 2020, 27% of Egyptian online retail payments were done with a card compared to 55% done with cash, according to Statista. With more payment startups attracting investors’ attention, there could be an increase in online card distribution and hence, card transactions.