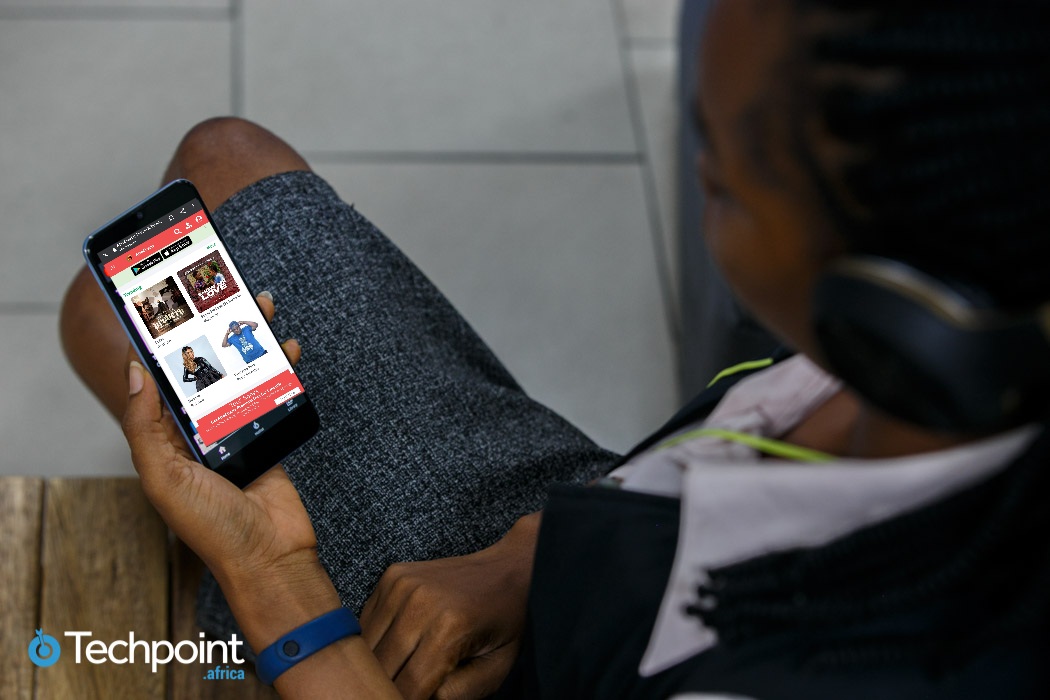 Over the last decade, African music talents have put the spotlight on the continent’s entertainment industry. This is not only attributed to its growing young population, Internet penetration, and technological advancements but also the proliferation of streaming platforms.

Asides from wider exposure, streaming is a major source of revenue in the music industry. It made up 62.3% of the $21.5 billion revenue gained by the global music industry in 2020.

Going by how many global streaming platforms have expanded into Africa in the last five years, the continent is a viable market. The uniqueness of the African market cannot be separated from how Afrobeats, a popular West African genre, is perpetuated across foreign markets.

However, some regions get noticed more than others, and less popular artistes in developing markets may not have as much access to avenues for revenue on large platforms as their famous counterparts. This inspired Burundi-born Leonard Novati to found AfroCharts, a music streaming platform for Africans.

“African listeners and artistes still feel like they’re left out of these other platforms. I wanted to find a way that I’ll make it easier for the artistes themselves to share their music with the world and help the listeners to find the music that they want quick, fast, and in a cheap way as well. That’s how I got into AfroCharts,” explains Leonard Novati, AfroCharts Founder and CTO.

Novati’s fondness for music wasn’t born out of the best of situations; it was a coping mechanism during his early life moving in and out of Tanzanian refugee camps because of the constant civil wars in his home country. When he got to the US in 2007 at the age of 16, he decided to make a living by starting a DJ company while in college, frequenting both African and American events.

His focus on only African content gave him an edge in the business. Soon, people listening to his Afrobeats mix would ask him where they could get the different songs, and some African artistes also contacted him to add their songs to his mix.

These requests made him start brainstorming about the idea for AfroCharts in 2016. Meanwhile, earlier in 2014, he had tried out a beat-selling online marketplace which failed.

By this time, he had bagged a computer science degree and become a web developer. After many reiterations, AfroCharts officially launched in January 2020. Accessible through its website and the Android and iOS apps, the platform allows artistes all over Africa to upload songs and make money on the platform from streaming.

For the first year, AfroCharts offered free services while generating revenue from ads. However, in January 2021, it introduced a premium subscription service at $1.99 to further monetise the platform. This price is quite competitive compared to other platforms that charge between $4 and $10.

However, Novati confirms that the price would change with time as this is a customer attraction and retention strategy.

To compete well with popular local and foreign streaming platforms across Africa, AfroCharts decided to focus on the whole continent — all 54 countries —  especially regions that are not famous.

Novati believes that getting enough exposure to earn through platforms like Spotify or Audiomack may be difficult for artistes in developing regions. Still, they are likely to stand a better chance on a platform with a wider and more focused reach in their region.

“That’s one of the things we’re doing. Coming from the countries that other platforms have abandoned, working closely with the artistes, and helping them understand that they can make money from their music.”

According to Novati, of the 7,000 artistes and over 4 million subscribers on the platform, Zambians currently generate the platform’s highest traffic.

For a startup that was conceived in 2016 before it was launched in 2020, one would expect that it has undergone different forms of transformation. However, it faces the challenge of convincing musicians to bring their content on the platform. Fortunately, the business has found a workaround for this.

“We have what we call the General Manager structure. We have people in six countries working locally with artistes with music labels, telling them what AfroCharts is, what it’s doing, and how beneficial it can be to them. But now, we happen to see them coming on board without having to reach out to them.”

Without external funding, AfroCharts has been operating with bootstrapped funds while working towards a stable revenue stream. Asides from ads and premium subscriptions, it has some partnerships in the works. Novati explains one of such collaborations.

“There’s this company in South Africa that just launched a new product. What they’re trying to do is an all-in-one platform, pay-as-you-go model. To do that, they need products, which are music and video. One of the things we want to do is to offer them access to our music library where they can offer to their users and then pay as they listen.”

It also plans to bring telcos on board. Meanwhile, for wider reach and credibility, the startup is eyeing partnerships with some big music record labels and licensing companies in South Africa like Capasso and Samro, and ultimately Universal Music Group, Warner Music Group, and Sony Music.

Moving on from little beginnings

Before the end of 2022, AfroCharts is looking to develop enviable features available on global streaming platforms like live streaming, radio, and a feature that allows artistes to receive tips or donations from streamers.

At the moment, some musicians have started earning on the platform. On AfroCharts, artistes get paid $20 for every 5000 streams, similar to what the likes of Spotify, YouTube Music, and Apple Music offer.

With steady growth in users, AfroCharts will continue to focus on wooing music distributors, local music labels, and management companies, not only to get more artistes but to also reduce the possibility of copyright violations now and in the future.

Novati is optimistic that AfroCharts’ strategy of not focusing only on a few popular markets like Nigeria, Uganda, South Africa, Kenya, Uganda, and Tanzania gives the startup a kind of first-mover advantage. Although these are developing markets, the possibility of becoming the dominant player is high.