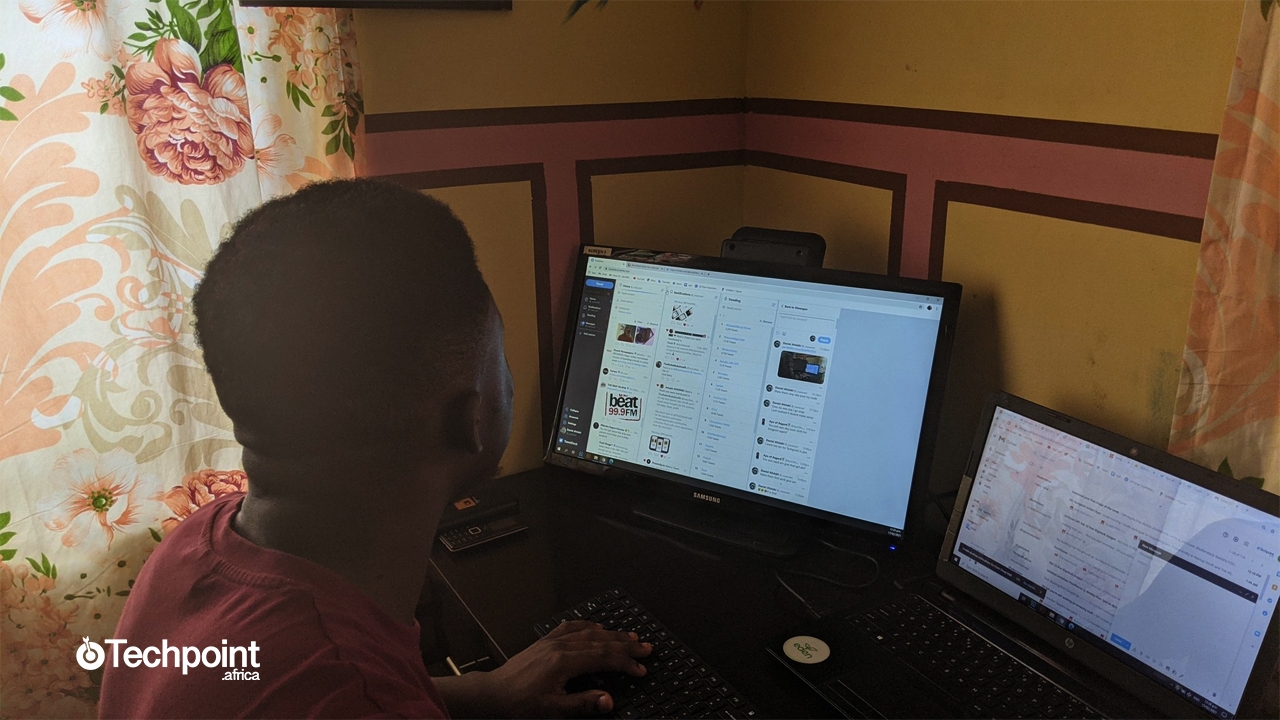 In a previous article, we established how social media is competing with virtually everything; from physical relationships to social interaction to objective journalism.

The unending tussle between news media and social media

It appears the new additions to this list are pitch stages, job search platforms, and the online freelance marketplace.

Actually, some recent events incited this train of thought.

Three weeks ago, Nigerian fintech startup, Cowrywise announced a $3 million pre-Series A raise led by Quona Capital. One of the participating investors, Sahil Lavingia tweeted about how the investment conversation started – via Twitter direct message (DM). Lavingia is the founder of Gumroad, a San-Francisco eCommerce platform for creatives to market their products.

And the deal was closed in less than two weeks. The investor calls it the ‘Power of Twitter’.

Excited to invest in another African startup! The power of Twitter 😍 https://t.co/obcDI1MWfE pic.twitter.com/rBBsn3gK5Z

The other case is quite common. Somebody puts up a job opening on Twitter, and in a few hours, they are overwhelmed with pitches and recommendations. And most times, the person is sure they are getting the best hands.

A recent happening comes to mind. In December 2020, Techpoint Africa founder Adewale Yusuf took to Twitter in his search of an executive assistant. He was able to get one within a day.

I'm hiring an executive assistant, but I hate going through resumes.

Side note: If you’re from Nigeria with an interest in writing about SaaS / Tech / B2B — DM me a link to your best.

We’re always looking for freelancers to add to the bench.

…a tweeter raised a question in the replies. “What’s the best site to get talent from Nigeria?”

What's the best site to get talent from Nigeria?

Interestingly, Africa is replete with talent, especially in the tech space, and the rest of the world is looking to take a bite. Talk about the ‘brain drain’ scare.

And as the case is, it appears the rest of the world is making use of the social media space, particularly Twitter, as the channel to either invest in or hire talent.

Needless to say, social media platforms are encouraging users to have mini-professional bios   – which can be described as a résumé in a few characters.

Talk of the future of work

The passion economy is seen as a free market that helps people to monetise their time and talents without boundaries. If anything, the events of 2020 – courtesy of the pandemic –- have helped to foster dependence on Internet tools. As predicted, Internet culture is on the rise, transcending beyond 2020.

With this, the passion market has gotten a boost. Some founders of Nigerian freelance platforms recently disclosed to Techpoint Africa how COVID-19 became a springboard for their platforms in 2020.

However, as discussed earlier, it may not remain long in the hands of these gatekeepers. Geographical distance has gradually been reduced to a perceived virtual divide which makes it possible for some gig workers to take on freelance work on the side of traditional full-time jobs. Meanwhile, others are small business owners conducting freelance work as their full-time employment.

The gig economy is a big boost, but still a different story in Africa

Currently, gig jobs can be attracted through a number of means and social media has proven to be a viable tool. Hence, the need to be better placed.

Something exciting about the Internet is how it pushes you right in the face of people that need to notice you, depending on how you harness it, more than the traditional media space. In relatable terms, building a digital presence cuts it for whoever wants to be noticed fast.

According to a Forbes article, it begins with creating an identity, making it visible, and then proving that you’re worth more than your competitors.

Digital content marketing expert, Tope Olofin also shares similar sentiments about how you have to be deliberate about being visible online.

“When you want to build a personal brand on Twitter, you have to start by knowing what your goal or end-in-sight is,” she begins.

Then, she goes ahead to relay her experience.

“I remember when I jumped on Twitter, the first thing on my mind was to get enough speaking engagements so that I can get myself out there. The next goal was to launch my first information product, and finally, the next goal was to sell it.”

Emphasising that the end goal can be more that one, she expatiates on the other processes involved in establishing an online repute that could birth a referral or recommendation when there’s a need for it.

“When you want to build a personal brand, you have to note down the things that you want people to know about you, what you will use to keep people entertained or grab people’s attention.”

As a content marketing and sales coach, Olofin infuses a touch of entertainment into the content she gives out. Aside training others on how to build content, she would randomly do yoga or talk about her home manager.

The final step is being consistent

“Have a timetable so that you can be consistent. You have to develop a system where you constantly show up. When people begin to expect or begin to look forward to your content, that means you’ve gotten their attention.”

This is the point where Twitter’s algorithm comes to play. Once a thing has been recognised as your forte, eventually, it will begin to show you to those who need to see you.