How an ambitious African startup grew into a global fintech powerhouse 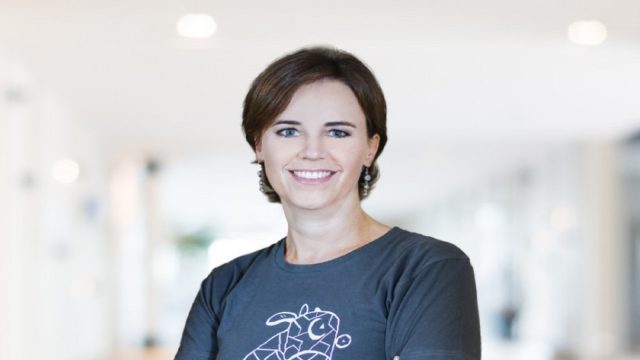 Founded in 2004, the Cape Town-based startup, Mukuru has grown to become a global fintech powerhouse. Mukuru is a remittances-led financial service company.

The company aims to provide a service to migrants which allows them to move and use money in a convenient, safe, and affordable method.

Completely bootstrapped from the start, Sandy Rheeder, CIO of Mukuru explains that the company looks beyond technology to offer a premium service to its users.

‘”In essence, Mukuru has harnessed robust digital platforms in a complex African context to innovate and provide a critical service to many communities. And while technology will always be an important enabler, for Mukuru it is about delivering a service to customers where they are – and finding the best and most robust solution available.”

Initially, Mukuru’s app enabled family and friends in the United Kingdom to send fuel coupons and groceries to families struggling in Zimbabwe but the text-based technology it previously used had a ‘low barrier to entry’ meaning that the service was only usable from the United Kingdom.

Rheeder explains that the startup faced a number of challenges but developed a plan to overcome these difficulties.

“The story in the early days was not one of smooth sailing. For example, database failures put the business at serious risk and threatened future plans. While others may have given up, Mukuru was completely invested into its vision, and everything was rebuilt within six weeks. From inception, Mukuru has had a resilience and can-do spirit that has become the interconnecting thread in everything the company does. ”

In 2009, Zimbabwe had replaced their existing currency with the US dollar and the startup saw the opportunity to send cash from the United Kingdom and Europe, allowing migrant workers to send money easily to their home country and loved ones. In 2010, the fintech startup took flight and established its headquarters office in South Africa where it created a joint venture with Inter-Africa. From a humble beginning to now allowing users to send money to relatives or friends in over 20 countries across Asia and Africa.

The company has reported that it has hosted over 30-million successful cross-border transactions in just over a decade and is now one of Africa’s largest remittances-led fintech’s.

Using the latest mobile and web-based technologies, Mukuru has developed an app that allows users to easily access their services.

Rheeder explains that Mukuru has adopted the use of technology to further the goals and aims of the startup.

“..It established an agent army that uses an Android app to assist customers where they live. Instead of being inhibited by compliance requirements, it is also an enabler to grow key services. Agents visiting customers can verify their physical address and can also check passports and asylum papers.”

Mukuru has adapted over the years to fit the needs of its customer. As many migrant workers were unbanked, it introduced the Mukuru Card, a simplified money account that allows them electronic access to financial services including; salary deposits, savings, and withdrawals from various retailers and banks.

In 2017, Zimbabwe faced a cash crisis and it resulted in banks being unable to service customers, Mukuru responded to this and launched the Mukuru Orange Booth network. The service enabled users to receive cash when they need it most.

“It even started getting its own licenses to become a financial services operator in many countries, so it could overcome the issues, from stifling its growth and negatively impacted customer service,” adds Rheeder.

Mukuru’s success can be attributed to its use of innovative technology.

“For example, instead of investing in bulky on-premise servers and hardware, Mukuru had the foresight to harness AWS stacks and the benefits of scalable Cloud computing platforms – enabling the company to be flexible and responsive to its users and markets,” said Rheeder.

With 60 partnerships Mukuru has enabled over 100 brands to provide ‘cash out points’, more than 800 Orange Booths across Southern Africa, and established a presence in the Asian market.

Rheeder comments that the company’s success is not only attributed to its use of technology.

“Mukuru’s journey has illustrated that success does not happen overnight, but rather requires grit, resilience and determination to harness the challenges, learn from them, and use them as leverage to provide services that customers want and need. It is not about the technology, but rather about designing robust solutions that address critical pain points – and empower people on their financial journeys.”