Surviving ‘Rona’: Either find a way or make one happen 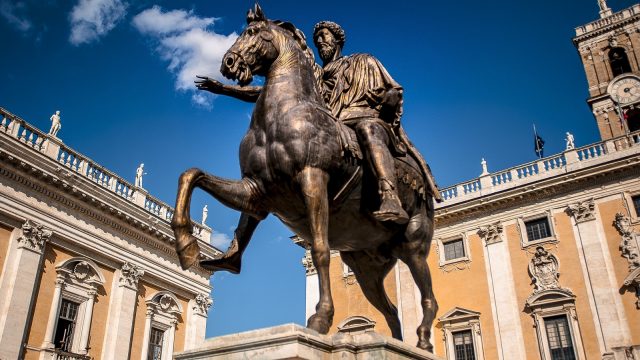 Rona has hit the world like a wrecking ball floating through a dilapidated shack.

And for startups, especially those still trying to find “product-market-fit”, it has led many to a complete evisceration of sales. It is hard to overstate the impact on a decade of technology businesses.

I sit on a few boards of startups. At the start of the pandemic, founders were modelling a drop of between 30% to 50% and we were talking about “V-shaped recoveries”.

The “glass-half-full” force is strong in founders, of course. Delusion is a superpower for people that change the world, never a pejorative.

The reality, for most of these businesses is that the decline ended up being in the order of 90%. And the recovery for the economy is likely the metaphorical “U-shaped” one. Or as advertising entrepreneur Martin Sorrel once said, “bath-shaped”, with a long bottom phase.

For startups, especially those still in the tumble dryer of trying to nail product-market-fit, it will be Mars-shaped, largely unknown and likely be bumpy AF.

I get asked for advice often, even though I am fairly certain you shouldn’t listen to any of it. To corrupt the famous (software entrepreneur) Marc Andreessen quote; I have strong opinions, loosely held — but most are likely wrong.

I was one of the co-founders of Internet Solutions Labs almost 20 years ago (thanks Gus, Greg and Jeff), modelled loosely on Paul Graham’s Y-Combinator. Due to this good fortune, I have been lucky enough to be in and around startups since this time. And I have made a couple of investments.

Here is what (I think) I know

Humans thrive under hardship, founders and growth-types, even more so

As Roman emperor Marcus Aurelius said, the obstacle is the way. There likely is no worse time in the last 100 years to have been in business — dot-com, the Global Financial Crisis, don’t even come close to Rona, given its attack on the entire economy, in my view. Know that is hard, but you are still in the game, which is a big achievement. It is important to step out of the trenches and acknowledge this and give yourself kudos. Yes, you’re anxious, but embrace it. I am often surprised by the clarity this gives founders when I suggest it. Better decisions lead to better business.

Cash conservation is everything during a crisis

I tell founders to prepare a Nuclear plan, which is essentially cash-projections that appear to be untenable. Start by paring costs to a minimum. And once done, cut another 20%. On salaries, most often the biggest cost in tech, founders should take 50% or more and executives 20% or more haircuts on salaries to preserve cash (these can be deferred and paid later in cash or with stock once a cash threshold is hit again) — on average. As funding dries up and liquidity freezes, your cash runway is everything and chances are high that if you can keep the lights on, you will not only survive but thrive.

No matter what business you are in, you should invariably be thinking about your product through the lens of Rona. It is capturing so much mind share that to ignore it would be tone-deaf, so reset the pitch at the very least. And most likely, the business can shift product to respond to the new needs of people. For what is business, if it is not satisfying the needs of a market. I even go as far as to say, think of this as starting your business again, from zero. And as excruciating as that is to founders, it is well known that the most impactful startups started in the valley of death that a crisis bestows.

Be reductionist. For in complex times, there is a war-like miasma of “data”. Noise suffocates signal, making it hard to discern the real data to inform decisions. It can be debilitating and the worst thing to do in a crisis is nothing. So reduce your decision set and make less of them with more speed.

I will leave you with a favourite quote of mine, by a Roman general: inveniam viam aut faciam — “I will either find a way, or make one”.

This article originally appeared on Ventureburn as ‘The New Normal: Either find a way or make one happen’.