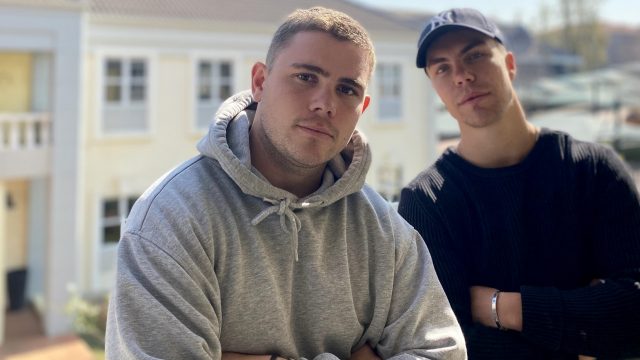 Johannesburg based startup, Merge has raised $100,000 in investment from Nigerian investor Platform Capital.

Merge, which was founded in 2017 by school friends Brandon Bate and Zander Matthee (pictured above, left and right, respectively), is an app that helps connect entrepreneurs with investors. Both Bate and Matthee are just 22 years old.

Following an announcement yesterday by Platform Capital of the deal, Matthee told Ventureburn in a call today that the first of several tranches, which amounted to R420,000 ($24,986) landed in the startup’s bank account last Friday (5 June).

He said since he and Bate launched the platform in September last year, just over 700 entrepreneurs and 160 ventures had signed up to connect with a further 118 investors that had signed up for the service.

In all, just under 300 connections between entrepreneurs and investors have been made, he said, pointing out that not all of these have so far resulted in investments taking place.

Platform Capital said in its earlier statement that Merge has partnered with Silicon Valley based firms Aspenify, which helps automate the process of connecting people, and WhiteSpace X, a global network of accelerators.

While most of the users are from South Africa, the app does have a number of users from the UK and Nigeria. Matthee added that going forward he and Bate aim to add more users from West Africa.

So far, only Bate and Matthee are employed by the startup.

Bate and Matthee met in 2012 at prestigious Johannesburg private school St Stithians Boys’ College. While in Grade 11, they began talking about different business ideas that they wanted to pursue together and soon hit on an idea of an app to connect entrepreneurs with investors.

The latest investment, from Platform Capital, came about after the two pitched to the investor at the SA innovation summit in Cape Town.

The two founders themselves have also each invested R20 000 in the business.

For now the app is free for investors and entrepreneurs. The two aim to later add a premium version to offers benefits such as discounted tickets to events, meeting room bookings and business templates.

Bate argues that while LinkedIn connects all types of business people who may be looking for all types of opportunities, Merge’s app hones in on users who are either interested in getting investment or who are looking to provide investment.