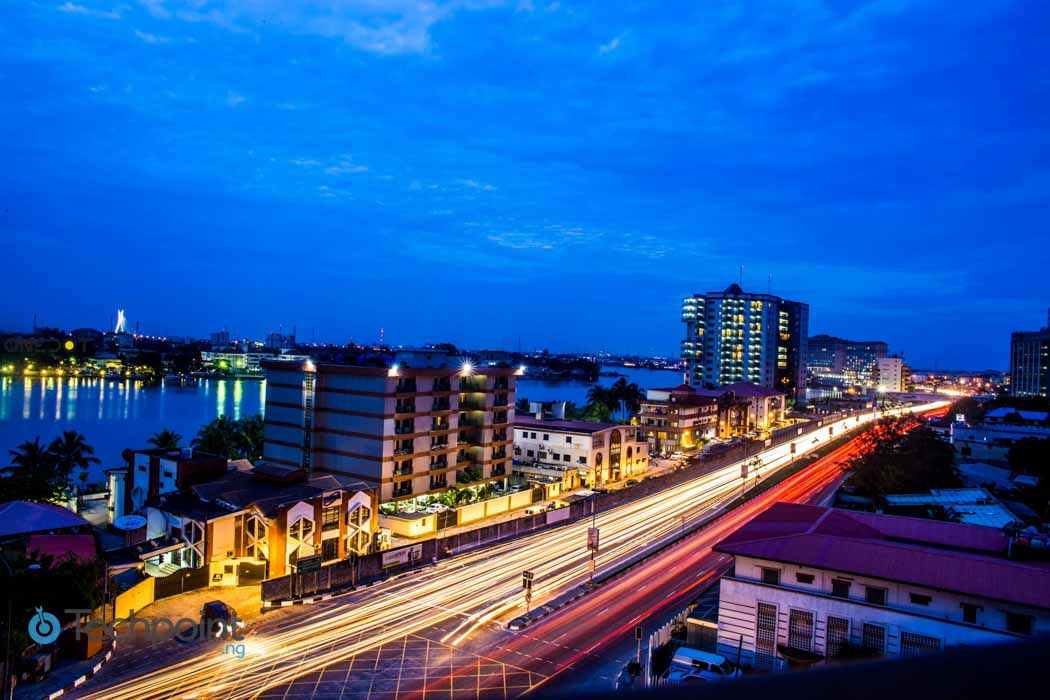 StartupBlink is a global startup ecosystem map and research centre. It measures ecosystems based on three metrics: the number of startups (quantity), their quality, and their business environment.

Its Startup Ecosystem Rankings collates data from more than 60,000 startups and over 14,000 coworking spaces. It also takes into account global influencers in different cities of which it has 100 so far.

Global influencers are individuals who have an impact far beyond their local ecosystem. “A city where a Bill Gates or Elon Musk resides creates an allure that attracts more entrepreneurs and investors,” an excerpt reads.

With the help of partners like SimilarWeb and Crunchbase, the  2020 report ranks the startup ecosystem of 1,000 cities and 100 countries.

Before we dive into how African countries and cities fared, here are the top ten countries.

The big four (US, UK, Israel, and Canada) maintained their spots with Israel and Canada switching in 3rd and 4th for the first time. Then there’s Germany, The Netherlands, Australia, Switzerland, Spain, and Sweden.

For cities, San Francisco Bay, New York, and London held their own as the world’s top three, which they have done since 2017. Boston, Los Angeles, Beijing, Tel Aviv, Berlin, Moscow, and Shanghai round up the top ten.

How African countries and cities rank

Like last year, a quick look through 2020’s report will reveal that there’s no African country in the top 50.

Dropping one spot from 2019 is South Africa at number 52. In StartupBlink’s first report in 2017, the southern African country was 38th on the list. 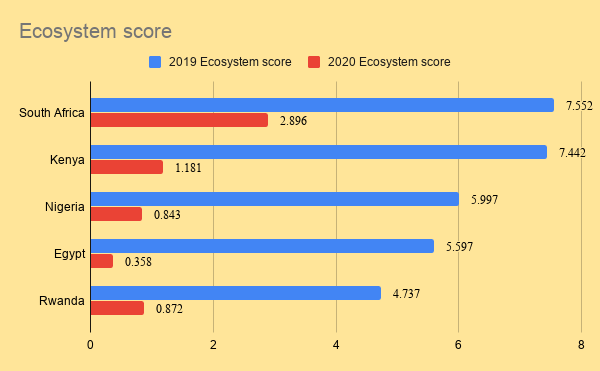 Kenya dropped ten places from last year to 62. With a population of 12 million, Rwanda displaces Nigeria as Africa’s third-best startup ecosystem at number 65.

Nigeria is fourth, dropping 12 spots to 68. And Tunisia completes the top five at number 77 as Egypt drops to 81.

While African startup cities were not ranked in the top 100, they switched positions this time. Nairobi dropped 11 places to 116 and Lagos dropped to 127 while Cairo dropped to 200th.

Unlike their counterparts, Cape Town and Johannesburg rose in the rankings. Cape Town climbed 11 places to 146th and the latter, 88 places to 160th.

Cities ranking in the Middle East and Africa. Source: StartupBlink

From government policies to infrastructural issues, a plethora of challenges plague the continent’s ecosystem. Judging by this report and the impact of the coronavirus pandemic, 2020 seems to be the year these challenges have reached its peak.

However, Eli David, CEO of StartupBlink, thinks the African startup ecosystem’s drop in ranking boils down to two things.

“The region didn’t move forward as much as other growing regions in Asia and Latin America. Also, our algorithm changed. This gets us closer to real results every year. That said, South Africa, Rwanda, Somalia, and Cape Verde actually had a great year as their city rankings show,” he says to Techpoint Africa.

Taking a cue from David’s comments, we notice the algorithm change he talks about.

Compared to last year, the scores assigned to StartupBlink’s metrics of quantity, quality, and business have changed. The quality and quantity scores have increased while the business score decreased.

How did this affect Nigeria’s rankings?

According to the report, Nigeria is one of the top ten improvers in creating an enabling business environment. With ten indicators, it says Nigeria checkmarks areas such as starting a business, dealing with construction permits, getting electricity, registering property, cross-border trading and enforcing contracts.

Akin to last year’s report, StartupBlink cites inadequate infrastructure, unreliable power, and poor Internet as few of the reasons for the country’s drop in rankings.

“Nigeria now has seven cities in the rankings with Kano entering for the first time this year at 995. Nigeria continues to have the highest number of ranked cities for an African nation,” an excerpt from the report reads.