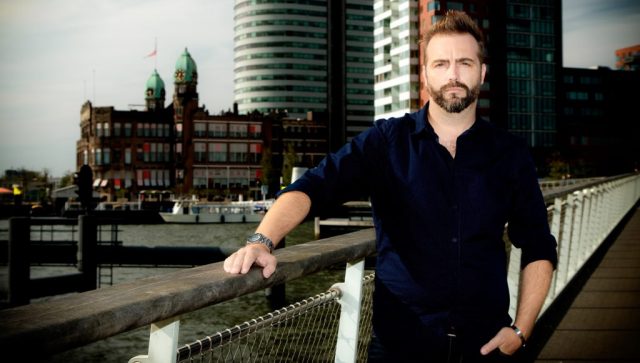 The startup has designed the WasteShark a 24-hour on-the-water drone. The solar-powered drone collects detritus, marine waste and chemical substances from ports and canals.

While Hardiman (pictured above) founded the startup in 2015 in South Africa, the company was later re-incorporated in the Netherlands at the start of 2018 as RanMarine Technology BV.

The deal was initially reported in the London Daily Post in an article on Tuesday (26 May).

Hardiman (pictured above) told Ventureburn via email that Boundary Holding invested in the startup’s European entity.

The deal was in the works since August last year, he said. “We started talking last year in August and finally closed last month; very difficult to bring across the line with lawyers and pandemic closing around the world,” he explained.

“The big reason we can’t talk about the figure is that they (Boundary Holding) have an option to buy further equity within the next six months, but the figure is very healthy,” he added.

He said the new investment would help the company hire new staff and pay for new facilities and conduct research and development (R&D) on a number of new products the startup plans to launch over the next 12 months.

In August last year the startup entered into a joint venture with an Indian company and has moved some of its manufacturing and research and development (R&D) capability to Mumbai (see this story).

RanMarine currently has clients in the US, Singapore, Malaysia, EU and United Arab Emirates.

Hardiman told Ventureburn that the deal coincides with the business opening up in the US as well “so we are pushing hard to continue to grow globally”.

This article originally appeared on Ventrueburn.