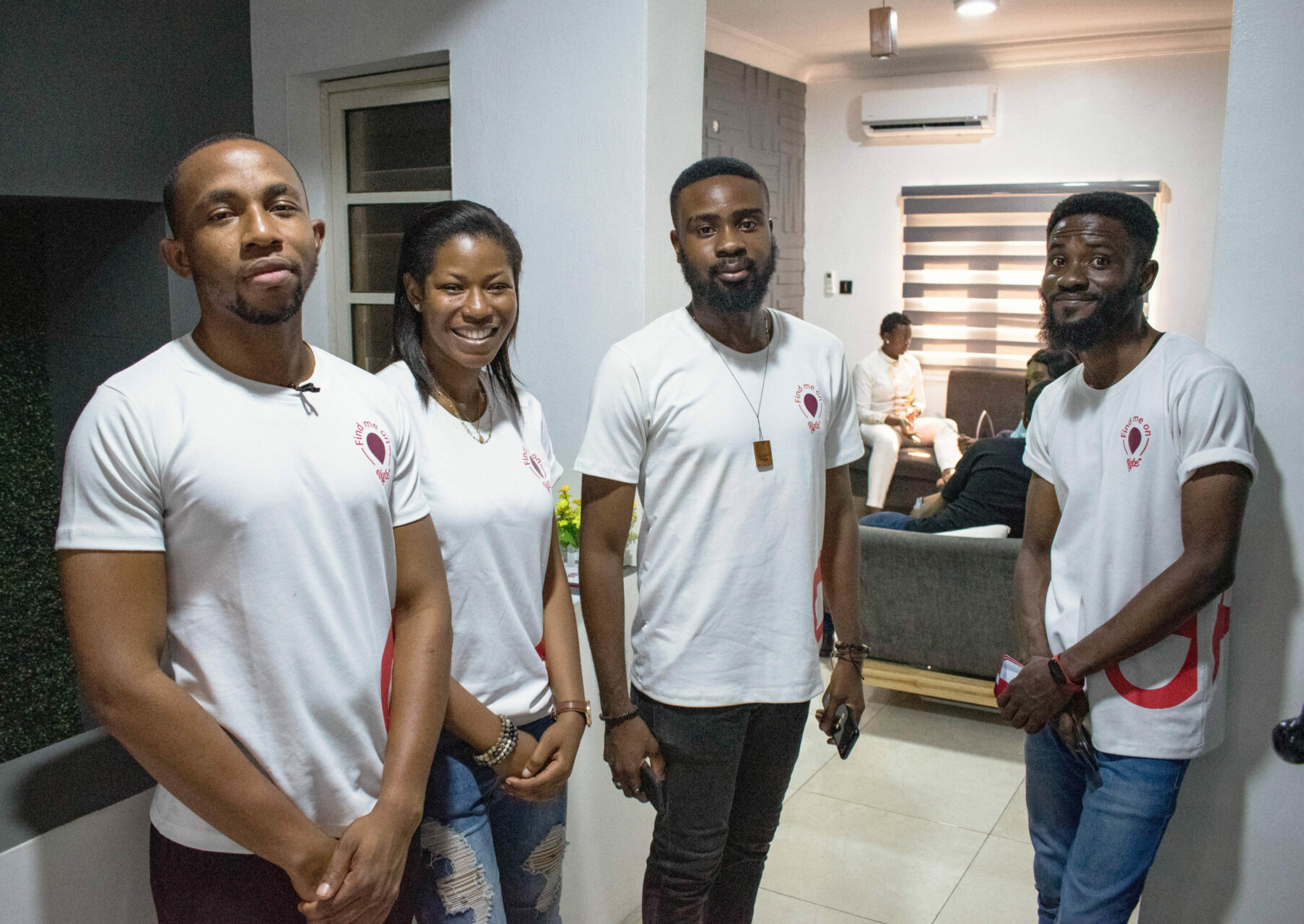 Being an unpopular terrain for tech entrepreneurs in Africa for reasons around digital distrust, and religious and cultural biases, which may result in low traction, it appears online dating solutions appear to be less sought after. Although it looks better on the global scene — a sector estimated to be worth $2.5 million by 2024 — only 2.1 million Nigerians make up the millions of people registered on dating platforms.

In spite of this, these young Nigerians do not think the love business is worth giving up on.

In April 2019, three software engineers, Osagie Omonzokpia, Adetolani Eko, and Moronke Anifowose launched the beta phase of an online dating platform, Vybe, aimed at connecting people based on intention, location, age, tribe, and religion, among others.

But this was not without the initial scepticism.

“When we had the idea for Vybe, we were a bit sceptical in the sense that there were no market leaders to follow in the industry on the continent,” says Eko, Vybe CEO.

In order to establish the need to go ahead with the solution, a round of survey and customer interviews were carried out before the minimum viable product (MVP) was launched in April 2019. According to Eko, the responses reflected acceptance. In fact, in a matter of weeks, the user strength became overwhelming.

“The feedback was amazing. We hit about 1,000 users within the first 48 hours of launch.”

With up to 10,000 downloads by users between the ages of 18 and 35 from over 65 countries, using machine learning algorithms, the platform has been able to make over 14,000 matches online, according to Eko.

Contrasting this figure are the offline statistics with two events already held. Anifowose, Vybe COO explains why the number is still at 50:

“Our events are free and strictly by invitation for now, and we want to make sure the crowd is properly catered for to achieve the goal of the events.”

At its early stage, Vybe was the winner of the Busicon and Diamond Bank App Challenge after which it made it to the finals in Y Combinator’s Winter 2020 interviews in California. Taking feedback from these events, Eko surmised that the recommendations have helped with plans to improve the product.

Asides being similar to most dating platforms which require a few clicks on a digital app to connect to potential partners, Vybe also runs a traditional offline matchmaking network.

“Vybe offers dating and matchmaking services both online and offline. For online, people who would like to connect with other Africans need to download the app, install, go through the online verification process and begin to meet people.”

Eko explains why incorporating offline was necessary by pointing out the peculiarity of the African market with scepticism around virtual connection, including the case of Internet penetration. This unique inclusion is expected to reduce the underlying issue of digital distrust associated with this solution.

“We decided to create an offline session where people get to meet directly from time to time. A good example of that was a speed-dating event held in 2019, where we brought different single people together. It was incredibly successful.”

The idea was to pair individuals and allow them to have a date for specified minutes, after which a timer went off and they moved on to other partners. This was meant to help them find a match in the shortest possible time.

In order to deal with issues of insecurities raised by potential users, the Vybe team ensures some verification measures are in place on the platform.

“When registering on the app, we make sure you log in using either a Facebook or Google account, and that gives us a kind of validation. As regards images, we make use of machine learning to confirm if the human image is real.”

As part of manual verification, users are allowed to report accounts they find suspicious; such accounts are either blocked or their users are advised to update their information.

Apart from this, some users who want to have the verified tag and increase their chances of being trusted would be required to provide additional information and extra background checks would be done.

“On the app, we promote that you should believe the verified account more than the ones that aren’t. Once you attend our event and we can see you physically, you’re automatically verified on the platform,” adds Anifowose.

Despite running free onboarding at the beta stage, the startup is completely self-funded; however, Eko mentions that it is currently working on raising a pre-seed round.

Subsequently, following a full launch planned for the third quarter of the year, the platform plans to adopt the freemium subscription model.

“The free subscription users would have access to limited features, while paid users will have access to all features with no ads,” avers Omonzokpia, Vybe CTO.

At the moment, the major source of revenue has been paid advertisements and promotions on the platform; in due course, it will include premium subscription and offline events.

“Vybe has different sections — serious dating, casual dating, and friends — and this is because people come online for different reasons. The serious dating section would be activated following the full launch,” Eko explains.

According to Eko, Vybe’s plan is to ease the challenges faced on other global online dating platforms, one of which is subscription costs.

On the question of sustainability, Eko believes that with an increase in Internet penetration and people’s need to connect, there would always be a demand for a platform like Vybe.

In addition to this, he is positive that with the different features on the app aimed at user retention — love tips, stories and trivia corner — is expected that users who eventually find their matches would always find their way back to the platform.

Ultimately, he affirms that the team will continue to update the platform to meet new technological trends.

Because participation has also been noticed from people above 35, there are plans to make the space flexible enough for all age groups to ease their navigation across the platform.

For now, though the profitability of the business is yet to be ascertained, Eko expresses optimism about a successful product launch, funding round, as well as expansion into other West African countries in the coming months.