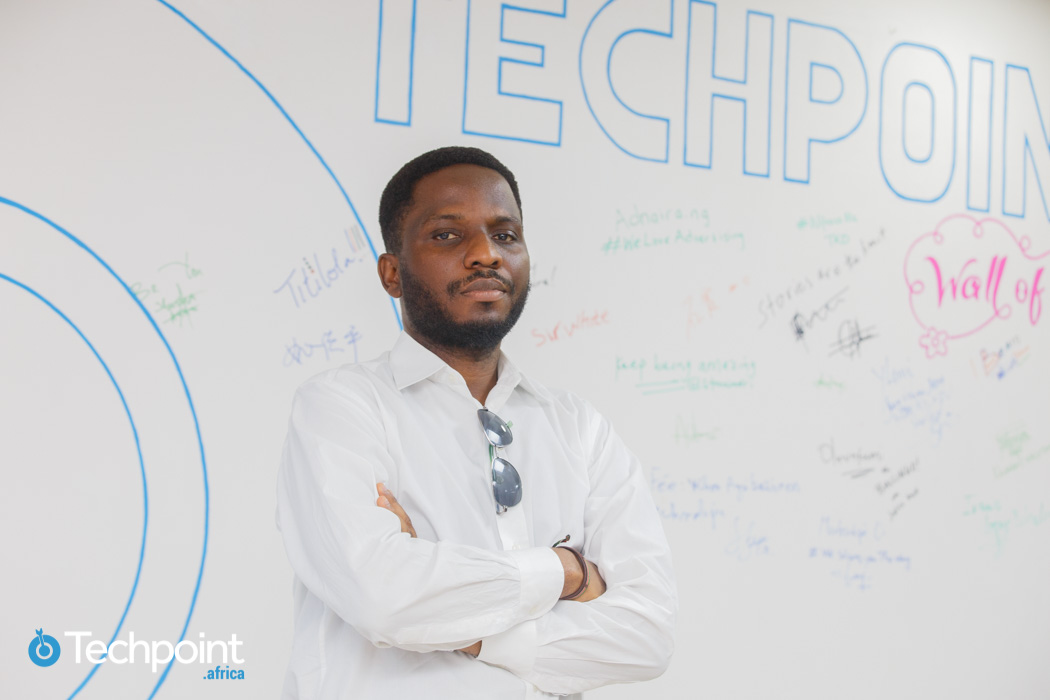 Sharon (not real name), a hairdresser, hoped to scale her business in a very competitive market on Lagos Mainland, but couldn’t because she had no funds. She also had no assets, a situation which discouraged her from considering banks’ collateral-based loans.

On Lagos Island, however, is a passionate young man who recently resigned from a corporate job with a financial institution, and had a business idea to make uncollateralised funds available to small businesses. He shared the idea with his mechanic living on the mainland, and he recommended Sharon. In a few days, she received a cheque for a ₦100,000 ($275.82) loan to be repaid over six months at 6% monthly interest.

Unaware that was the last of his savings, Sharon shared the news with friends, who got interested too and also requested loans. In what looked like potential pilot customers, Anthony Uagboe took his chance and sold his car to get three other ladies loans worth ₦100,000 ($275.82) each.

This signalled the birth of Osemo Borealis (OSB) in October 2016, a financial startup that has evolved into a microsavings and loan service solution leveraging on digital technology specifically for the unbanked and underbanked.

“I call our product a hybrid. We are in-between an absolute fintech solution and the traditional esusu,” Anthony, CEO OSB, begins.

The emergence and proliferation of mobile-based savings and loan service solutions in Africa is generally based on the premise of financial inclusion. Unfortunately, the peculiarity of the largest segment of the unbanked and underbanked may not allow them to perform digital transactions which make up most of the available options.

Hence, OSB started off as a traditional lending outfit providing credit services to traders, market women, daily-paid workers, and generally those “who may not get the incentive to deposit their little gains in a bank daily or bear the charges that accompany it.”

Because most people may be sceptical when introduced to a new savings service, Anthony approached the market with offers of loans without collateral as against the norm of saving to get loans.

With a focus on the underbanked, especially traders in market places, OSB’s initial model of giving loans to traders was born out of a need to build market credibility, which is fundamental to any financial enterprise in the long run.

“It is an iterated process. We started by giving monthly loans, and we used this to build trust and credibility with traders who may have had bad experiences with people who absconded with their money in the guise of helping them save,” he explains.

In what looked like a huge risk, Anthony “simply walked up to a few traders and asked if they were interested in loans, and then went ahead to give them” after a light verification that confirmed that the traders had viable businesses.

And that became crucial to getting a proof of concept, as it later made integrating a savings model seamless.

This move ultimately addressed the question of trust as existing customers confidently introduced new ones. And after three months, the business already had 10 clients on its database. But, at this point, the startup was already fund-starved and running at a loss.

In the first quarter of 2017, OSB got a timely breakthrough when Peter Kirui, CEO Innovior Africa Group, offered to be a shareholder in the company.

“They bought 30% of the business for ₦3 million ($8,298.76). It looks little but it was also a risk for the investor who didn’t know my customers [and] all I had as evidence was only a spreadsheet of ten names. The founder simply believed in me,” he reveals.

This fund served as a major boost for OSB to approach a new market. The first drop was at Sangotedo Community Market on Lagos Island.

To launch in this market, the OSB team approached the community leader who recommended 10 credible people who needed loans with repayment plans between 6 to 12 months at 6% interest. Subsequently, customers in this market increased through referrals.

“Because client base was getting larger, we needed more efficient tools that would make computation and tracking of loan repayment faster. That was when we developed a mobile application.”

After operating for four months, OSB began to build a network of agents.

“Because of the peculiarity of the demography of our addressable market, we got agents to do [cash] collections daily instead of [the traders] going to pay through the app,” he explains.

In order to mitigate risk when OSB updated its business model to include savings in 2018, agents became responsible for identifying potential customers and verifying them before registering them on the platform. Every registered client owns a unique identity number by which savings or loan repayment progress can be tracked.

Presently, new customers can only be admitted on the platform on a ‘savings first’ basis. They are expected to make a steady daily contribution for at least a month to be eligible for a loan. This period is used to monitor the client’s business profitability. Basically, the amount saved determines the loan that can be accessed.

“For most of our customers, agents are involved with basically all the activities on the app: registration, initiating saving plans, and loan requests. Sometimes, loans may have to be disbursed as cash through the agents,” he states clearly.

Despite building a reputable solution that is trusted within its addressable market, Anthony mentions fundraising as a major challenge. Although OSB made no profit in the first year, it was able to break-even after receiving a ₦3 million ($8,298.76) fund.

However, this seemingly unconventional enterprise has proof of sustainability; within three years, OSB can boast of 2000 customers, having disbursed over ₦1 billion ($2,758,174) in loans, and generated approximately ₦22 million ($60,679.83) in revenue.

In further pursuance of expansion, OSB is in the process of raising $230,000 in a pre-seed round led by David Ogundeko, CEO Funema.

While admitting that the startup’s current model can be inhibiting, Anthony is optimistic that OSB agents will play a vital role in helping the unbanked transition to digitalisation.

“Seeing people become financially empowered and not restricted by the little profit they make gives me a sense of accomplishment,” he concludes.