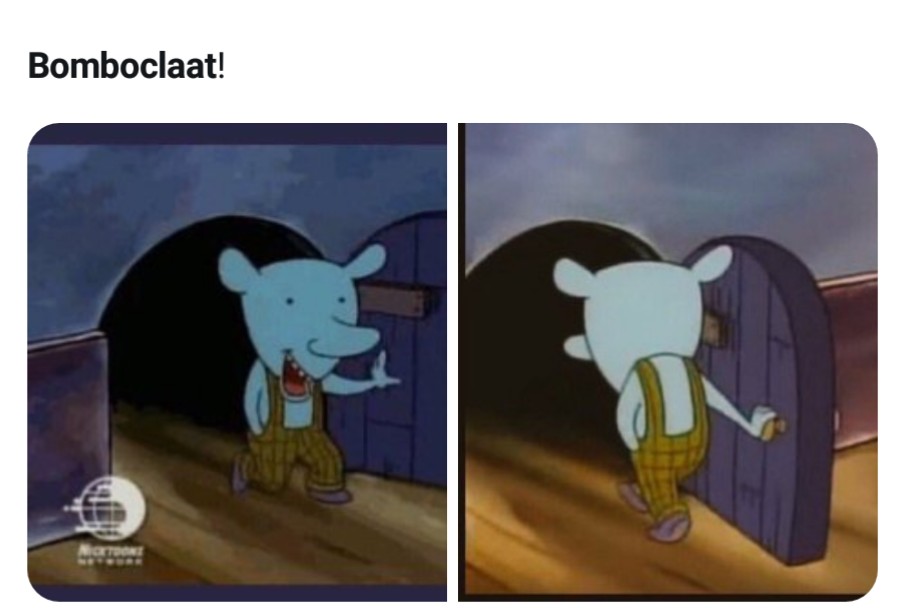 In the past eight months, the popular Southern Sotho phrase O jewa ke eng? and Sco pa tu mana — a loose word originated by the Ghanaian hiplife act, Patapaa Amisty — graced Twitter timelines. But as it is, Bomboclaat has successfully kicked them out.

Social media, especially Twitter, is now wild with the trend, which was first tweeted by Jamaican Twitter user @rudebwoy_lamz in September.

A Twitter search revealed the word has been mentioned by some Nigerians. However, it didn’t have much engagement until Twitter users started a thread under the first tweet by @rudebwoy_lamz. Then the Jamaican word made its way to Nigeria.

Me coming to twitter to see them misusing bomboclaat🤦🏽‍♂️ https://t.co/fsfaNVoawp

Bomboclaat is a Jamaican word used to express shock or surprise, quite unlike O jewa ke eng? which translates into “what is eating you up?” or “what is troubling you?” and Sco pa tu mana that is meaningless.

According to Urban Dictionary, it’s a “Jamaican curse that has no real meaning, it’s just a curse. It is mostly used to place emphasis on something.”

Since its virality on Twitter Nigeria, some Jamaicans have come out to say  Nigerians are using the meme in a seemingly unrelated context.

Some Nigerian Twitter users upload their pictures and simply caption it Bomboclaat then others who see them retweet with comments, sharing their thoughts on what they think the pictures represent. While others use it as a caption for a personal picture or to promote products or services.

A number of Jamaicans have taken their time to tell non-Jamaicans what the word actually means.

While others have expressed their dislike for Nigerians because they have turned it to another version of Sco pa tu mana and O je wa ke eng?

Some Nigerian Twitters users have also expressed their feelings about the new word trend going by the fact that the social media platform has witnessed a lot of viral short memes and words.

When you don't see "Sco pa tu mana" as much as you used to but now it's "bomboclaat". pic.twitter.com/u6QrZpQMuv

Bomboclaat by the time Nigerians are done with it pic.twitter.com/b2YaBxljxv

First, it was the Usual
"Caption This"

Before going viral on Twitter, Bomboclaat first found its audience in Caribbean music. The word is often used at the beginning of mostly reggae dancehall songs to create exciting introductions; artistes like Elephant Man, Beenie Man or Popcaan tend to use the word repeatedly.

Though some have argued that the word Bomboclaat is solely owned by Jamaicans,  the Urban dictionary says that some of the Jamaican jargon are African words which arrived in Jamaica “through the enslaved Africans that were transported there in the era of the Atlantic slave trade.”

Having witnessed so many short words blaze up over time, it appears that Twitter users may need to brace themselves for the next viral trend.

Prefer best essay writing service, as it depends on your academic achievement. Learning with us is easy!