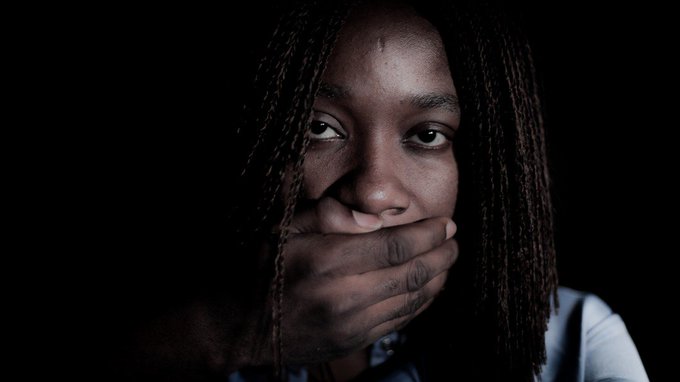 On Tuesday this week, BBC Africa Eye, the BBC’s investigative arm in Africa broke the Internet when it released an hour-long documentary about sexual harrasment by lecturers of two top West African universities; University of Lagos and University of Ghana.

The documentary titled Sex for Grades was secretly filmed and four lecturers were implicated. Watch it below.

Nigerian Lecturer, Dr. Boniface who was exposed for sexually harassing a undercover Journalist, who posed as a 17-year-old attempted committing suicide according to NL. He has been rushed to a hospital where he is under supervision.

The chairperson of the anti-sexual harassment at the University of Ghana, says she doesn't see any "sex for grades" evidence in the BBC video.

I applaud all the investigative journalists behind #sexforgrades
I'm proud to be part of a generation of women who will not be silent !
But this cannot stop at one documentary, it has to go on- a series, sequels, something!
This is just the tip of the iceberg as to what goes on.

See that Dr. Oladipo. He wasn’t initially a subject of the documentary o but his errant and restless penis led him into the trap that was designed for someone else. Because justice needed to expose him too #SexForGrades

The Investigative journalists on #sexforgrades are superheroes.

I couldn't imagine being in their shoes that Saturday.
How they kept calm for the sake of their work and the cause.
SUPER HEROES !

#SexForGrades is more than sex for grades

don't always blame the lecturers; some ladies make up their minds on #SexForGrades before they even start school…they "seduce" the lecturers/profs… we all knew 1 or 2 girls who ply this quid pro quo trade#BBCAfricaEye

While we are condemning lecturers in respect to #SexForGrades , we should also seize the opportunity to decry indecent dresses among our female students…@AdeBanqie @jeffphilips1

Then the seductive moves by more students

C'mon no man is Saint behind closed doors#SexForGrades

Statements from the schools and church involved

Dr Boniface, the Foursquare and #UNILAG pastor has been suspended from ministerial duties pending an investigation #BBCAfricaEye #SexForGrades pic.twitter.com/sDcrYObo79

Many women have devastating stories to tell

This brave girl did this story last year and it didn't go viral, let me bring it back again.

I was 19, in my 3rd year, when a lecturer massaged my shoulders in his office and asked if I was a virgin, and whether I have given 'it' to another man. Then he said later in French when I kept saying no, "I will give less than 30 marks."

I remember my friend in Uni, even after giving her life to Christ and changing all her dressing code, no makeup, just bare humble girl who want to graduate in peace…but our Course Adviser couldn't let her rest. Case became worst when he knew I was friend wit her. #SexForGrades

No be only #sexforgrades dey oo, there's sex for roles in Nollywood, sex for promotion in offices.
E dey everywhere.
I hope they'll all be exposed.

If you took advantage of your students during NYSC, kindly note that you and Dr Boniface are fruits of a tree.

Kindly sit tight while God serves you your appropriate punishment.#SexForGrades

It’s a good time to bring this back;

I attend COZA yeah and I’m laughing rn. When the gist revolved around our lead pastor, everybody was forming like it was an ‘attack’. Now that it’s #SexForGrades, church members are legit pained but can’t say anything. You know why?

I’ve become numb after discovering that some women at IDPs have to have sex to eat the food that government and iNGOs provide for them simply because a man’s in charge of the food supply. #SexForGrades #SexForEverything

Read more reactions here. And keep reading for other tremding topics on social media this week.

The clips below seemed to fuel the rumour and before long, it spread all over Nigerian social media.

Trouble in paradise. Aisha Buhari have show o, but was prevented from entering her section of the villa #AISHA #BUSA19 #Buhari pic.twitter.com/0ea72f3TzL

It’s not clear who started the rumour but it is untrue according to a report by BBC Pidgin. And this light-hearted tweet by one of the president’s special assistants corroborates the report.

Nigerians just ran with the story regardless.

But for real guys.. what’s going on in this our country? Like literally we don’t mean shit to these people

A whole nation is bad; police killing its citizens,bad economy,poor infrastructure,lack of employment yet the president i mean our grandpa is going to wed 😂💔 #BUSA19

Remember colours of the Day

Baba no need groomsmen at all… His beautiful female squad is capable.
Who's in charge of Aso ébi @toluogunlesi?
Aunty @abikedabiri what are the plans for awa ti diaspora ma?
Tomorrow's e-wedding is gonna be 🔥🔥🔥#TheWedding pic.twitter.com/cPCpenKjXQ

Nigerian first lady has just landed in the Villa but Asorock cabals lock her up. #BUSA19 #BUSA2019 #Buhari #TheWedding pic.twitter.com/mSK32Hp9pI

The Groom is Ready #BUSA19 pic.twitter.com/FystZDttb9

I just arrived at the Villa for the wedding Fattiah between President Muhammadu Buhari and Sadiya Umar Farouk. #BUSA2019 #TheWedding pic.twitter.com/JAfvwovmBr

Edges laid
Gele is set #BUSA2019 we are ready pic.twitter.com/rjwTinF4qo

Tolu will tweet on why #TheWedding
is necessary #BUSA19

Tinubu will as well tell
us why it'll help
other states

Imagine GEJ tried to take a second wife, patience would have shown us what she meant by "my fellow widow". #SAMU2019 #BUSA19

It initially began like a joke, then it turned a big issue with many spewing unsubstantiated narratives

Clearly, @MBuhari isnt a target but @Sadiya_farouq, who leads a new ministry with an awesome mandate. I hope it isnt a distraction to bring her down like other women suffered.

If you’re a regular Twitter or Instagram user and a fan of Nigerian hip hop, then you probably already know of the ongoing feud between Vector and M.I. Rap disses have been released by both rappers, resulting in fans taking sides and and a growing interest in Nigeria’s hip hop scene.

Today, Vector released Judas The Rat, a diss track in response to M.I’s Tha Viper, released about a week ago.

Not going to lie Vector had some Sick Word Plays on this Diss track & Dragged Jesse Jagz thru the mud but MI's "Viper" still takes it for me. Guess my expectations were too high but Vector should have Hit MI Harder IMO.

"Behold I have given you authority to tread upon the viper and any serpent; and over all your enemies; and nothing will injure you"

"He that breaketh an hedge; a Serpent shall bite him"

Jesse Jagz you're my buddy, I couldn't do this in a hurry
But the truth about your brother's been blurry
So sometime in this sermon
I'll say some uncomfortable facts
To show his fans, their GOAT is really a Rat#JudasTheRat #pastorson

Vector said MI evicted Jesse Jagz from the Choc city mansion then Jagz had to move to Ondo first, then gradually landed back in Jos 😂 pic.twitter.com/PhUhRYFG1h

When Vector said “You’re like Big Brother that’s why you evicted your own brother” 🙆🏾‍♂️😳 #JudasTheRat pic.twitter.com/IuTdY0Ib6V

After listening to vector #JudasTheRat you still want to compare M.i to vector y’all really trying I swear, say the truth forget the crowd, Vector is better than M.i nobody will beat you..

Vector didn’t play with words on #JudasTheRat he told a story and brought proof. He talked about his Ls and his mistakes and wasn’t subtle about it. #TheViper might be better because of the lyrical depth and false accusations laid down just to feel like the bigger person.

This Vector Diss was Fire bruh

All you will hear in Vector’s reply is JORO #JudasTheRat

Jesse Jag’s name came up a lot, so…

So Lanre brought Jesse Jagz into this diss?

So, Jesse Jagz didnt have enough money to go to Jos, he had to branch Ondo first 😂 🤣#thepastorson #theviper #JudasTheRat pic.twitter.com/vgcA6zieqO

What if Jesse jags diss Mi and chocolate city in his reply to vector ? https://t.co/4puZhp6gzN

But some people are dumb sha, Vector never said Jesse Jagz was not good. He acknowledged the fact that Jesse J is a gift to his brother but MI didn't utilize the gift well. But most of you didn’t even listen the track well.. you just want to tweet leamao #JudasTheRat

Ambode Preparing his Diss Track for Vector after getting Dragged by VEC #JudasTheRatpic.twitter.com/CcNNtwTqkB

Vector Dissed M.I, called out Jesse Jags and people are saying it’s not good. If you don’t know about rap sit down. There’s no room for emotion. I love Vector’s reply, I love M.I’s reply. This is rap right here, not akamara akara rappers 💀#JudasTheRat

'You advertised your Ass a lot

Went to Abuja a lot

And came back with more money..

How old is Regina Daniels?

On what was expected to be her 19th birthday on October 10, Nollywood actress Regina Daniels sparked controversies on social media. The actress’ billionaire husband reportedly hinted that she’s 22, to many people’s surprise.

How old is she again?

Regina Daniels after being 16 this year, she got married and became 22. God is Good https://t.co/ClzkhQyAbm

Somebody that was 16 yesterday

How Regina Daniels catapulted herself from 16 to 22 pic.twitter.com/rE6w0fxe0p

I was older than Regina Daniels last year when she was 16. Now she's older than me, this life eh😣 not fair at all

Why are you all mad about Regina Daniels's age? she was 18 or 19 and today she's celebrating her 22nd birthday, what's the big deal?

Meanwhile some of you have been 23 years for the past 10 years and nobody is dragging you like gen.

Regina Daniels use her age do loom pic.twitter.com/uAC1SNEBKk