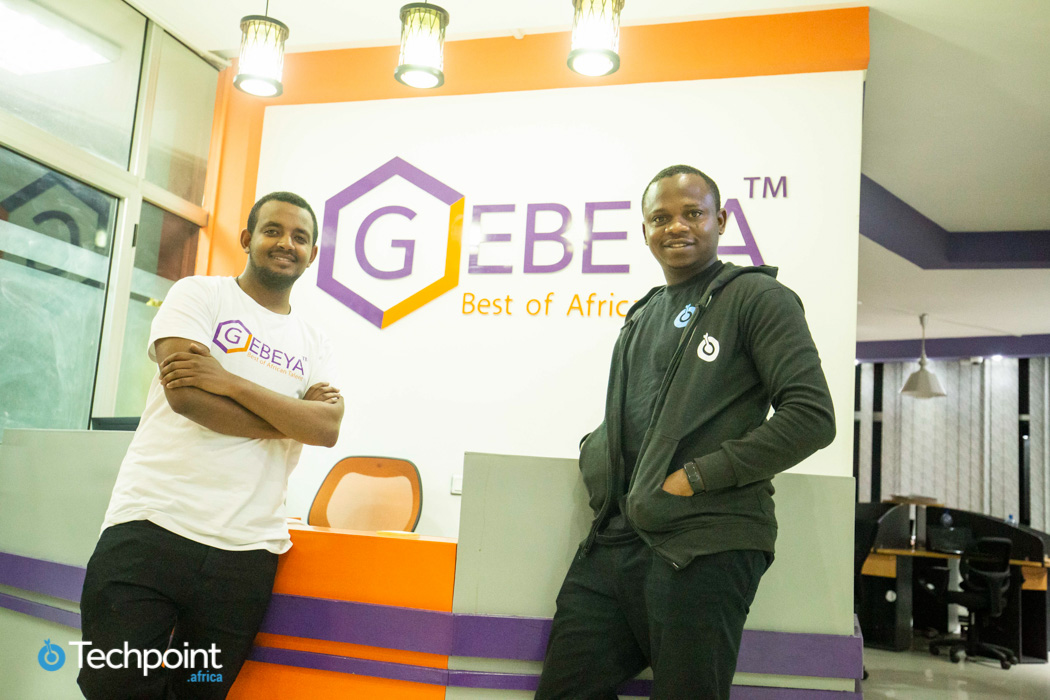 In June 2019 alone, the Ethiopian government shutdown Internet access in the country twice. First, the populace was cut off from the rest of the world during a national examination in the country in order to prevent examination malpractice. The second time, top government officials were assassinated and the government pulled the plug.

June wasn’t the first time Internet was cut off in the East African country and each time, hundreds of thousands of Internet-reliant businesses were affected and lost millions of dollars.

Though this appears to be a hostile environment for Internet companies but for Amadou Daffe it’s the perfect ground for a resilient business.

Amadou is the CEO and co-founder of Gebeya — an Ethiopian-based Pan-African EdTech startup — who saw the vast opportunity when he first visited Ethiopia in 2014 for a developers conference after which he quit his job in the United States and moved to Ethiopia in 2016.

Gebeya is not so bothered about the recurrent Internet shutdown in the country.

As of 2015, African youth accounted for 19% of the global youth population. The EdTech startup identified technology as the only way Africans can become competitive, considering that the barrier to entry is really low.

“All you need is your brain, a laptop and Internet,” Amadou says.

Back in 2016, Gebeya set out on a mission to get African youth to develop technology skills through training — turning African youth into technology specialists and linking them to possible employers. Gebeya sees itself as a talent infrastructure company building a pipeline of technology talents on the continent.

The startup is training interested people in mobile application engineering, front-end and back-end application engineering, blockchain, AI, IoT, and UI/UX, among others. Having an IT background is not a prerequisite for these training programmes. In addition to allowing people to choose their preferred course(s),  recommendations are made based on people’s capabilities.

The endgame for Gebeya is to be the go-to brand when it comes to digital and tech talents in Africa while also becoming an African-based $100 million revenue company.

Students pay to get trained with a promise that Gebeya will refund the training fees if the company fails to get the student a job within a year of completing a programme.

After training, Gebeya connects the talents to companies in its marketplace. Talents on the platform determine how much they get paid as Gebeya has no influence on the remuneration. However, what it does is add a percentage of the amount that a talent charges which can be as high as 30%; it does so as a responsibility to the client and not the talent.

Sometimes Gebeya reduces its 2-digit percentage in the event that the talent is charging a relatively high fee. In 2018, the startup made over a million dollars in revenue and this figure is expected to grow by more than 300% in 2019.

At the moment, alumni are earning about $20K annually on the average and some make as much as $50K working remotely for foreign companies.

Beyond training the talents, Gebeya also allows the use of its facility — sitting space and Internet — for free while they are remotely employed.

One of the classes

Some of the talents that are working remotely

The startup works with local and international institutions to train Africans as well. Earlier in the year, it got a $500K fund from the International Finance Corporation (IFC) to train 250 Ethiopian women.

According to Gebeya’s timeline, 5,000 engineers would have passed through the company’s training programmes by 2022. This tech workforce will be from Ethiopia, Kenya, Cameroon, Nigeria, and Francophone African countries.

Moving forward, Gebeya will only maintain physical campuses in Ethiopia for the East African market, and Senegal for the Francophone market, while expansion for other African markets will be strategic.

Within the last three years, 552 students from Ethiopia and Senegal have gone through the programme. Going forward, courses to be made available in these new markets will be tailored towards the peculiar demand(s) of the markets.

The challenges of operating out of Ethiopia

To support its Ethiopian operations, Gebeya has made provision for an alternative base of operation, in neighbouring Kenya, so talents working on critical projects can move there whenever the Internet is shutdown in Ethiopia. Interestingly, Ethiopians do not require a visa to go to Kenya and it’s just a 2-hour flight.

Few months after Gebeya was launched in 2016, the Ethiopian government declared a 10-month long state of emergency during which there were restrictions on Internet use. The startup was doing its training offline as it already had its own servers, which minimised the impact of the Internet restrictions.

Talking about going offline, Amadou says, “We built it that way knowing that something could happen at any time and we have [sic] to continue our training.”

There’s a huge funnel of supply for Gebeya as about 200,000 students graduate from Ethiopian universities every year with over a million more from universities across the continent. This is excluding those that didn’t go through universities but will end up learning tech skills.

As it stands, people that have gone through Gebeya are not eager to leave their home country because they are working for foreign companies and making the same amount they would have made outside the country.

“The future of work is remote,” Amadou affirms.