How TikTok is slowly snatching young Nigerians from Instagram 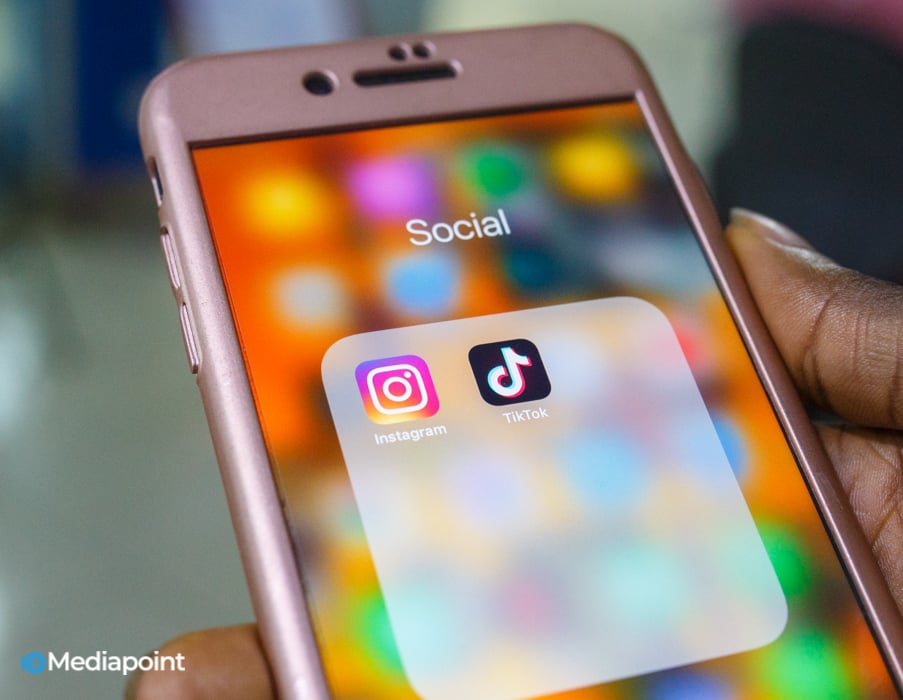 When Mike Solomon joined TikTok last year, he didn’t have too many expectations.

With a humble following of a little over a hundred people, the 18-year-old actor and model was just happy to have found a place where he could explore his passion for making videos and entertaining people.

But things took an interesting turn when his videos suddenly started getting more likes and comments. His follower count grew. And grew. And barely one year later, he had bagged over 67.4k followers, making him one of the top TikTik creators in Nigeria.

TikTok, a platform where users create and share short videos — often dancing or lip-synching to a soundtrack, started out as Musical.ly in 2014, attracting millions of users across the world.

In 2017, it was acquired by ByteDance, a China-based company which already owned an app called TikTok (but was popular mainly in Asia). And in 2018, both platforms merged to become the TikTok we know today.

Since then, TikTok has grown massively, amassing over one billion users globally. In the first quarter of 2019, it overtook Facebook, YouTube and Instagram to become the most downloaded iOS app and third most downloaded on Google Play, data from Sensor Tower, a top app analytics platform, indicated. 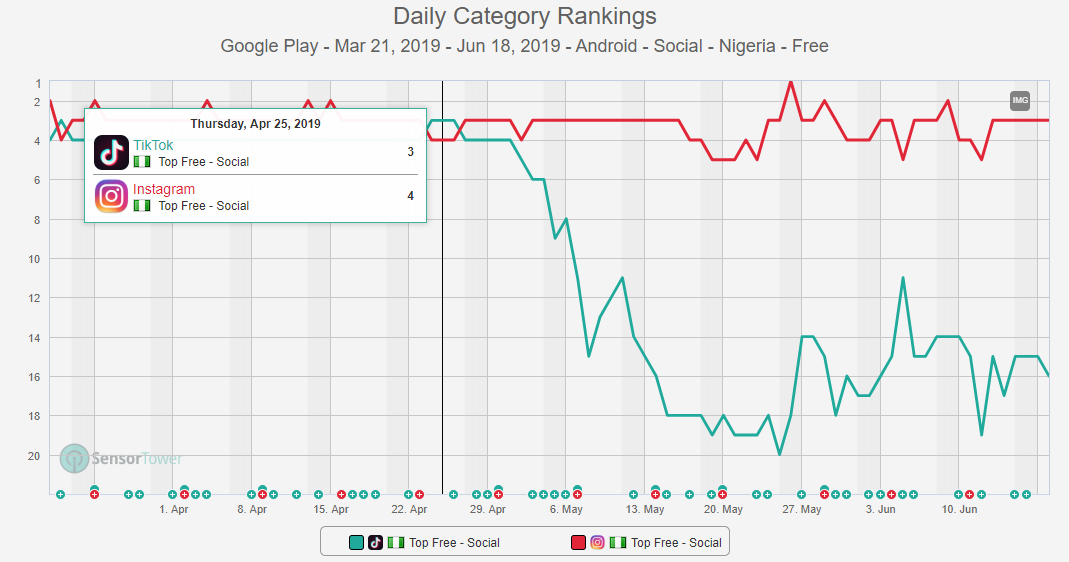 If you have never heard of TikTok, you’re probably getting old

In Nigeria, the app is dominated by teenagers and young adults — many of whom now use it as their primary social media platform.

There, they participate in viral challenges, obsessively churning out quirky videos of themselves either lip-synching to a trending song or soundtrack from a funny video or showing off new dance moves.

Head over to the Explore tab on your Instagram on any given day, there is an almost certain chance you’d be bombarded with an endless feed of skits from both individual and brand accounts.

With all these accounts competing for the same set of eyeballs, it’s now much harder for new creators to stand out.

But with TikTok being relatively new, hyperfocused on local content, and loaded with extra features, it is fast becoming a suitable — and maybe even better — alternative for many young Nigerians looking to express themselves online.

Many video making apps come with a steep learning curve, but young creators on TikTok say they find it pretty straightforward and easy to get the hang of.

“You don’t need to be an expert to use TikTok,” Onyeka John-king, a 19-year-old amateur footballer, told me via Instagram DM. “It has all the effects and sounds, so it’s less complex. Instagram is just filled with a lot of things but TikTok has one purpose: ‘make your video’.”

Onyeka joined TikTok in 2015 when it was still known as Musical.ly but only became an active creator last year. Since then, he has gained about 7.6k followers from creating three to five videos per week.

TikTok has also become a sort of temporary escape for many young Nigerians from the drama and toxicity on more popular social media platforms. According to a report by The Atlantic, “more than one in five 12-to-20-year-olds experience bullying specifically on Instagram.”

“I don’t have any video on my Instagram,” says Davies Oluwayose, a 24-year-old student who has over 7,000 followers on TikTok. “But with TikTok, I felt nobody knew me so I was free to express myself. It is more like a safe space.”

For Divine Gift, who has about 11,000 followers, TikTok feels like home. “I have always loved acting and I talk and sing to myself in the mirror,” she says. “It’s a place where I can be myself.”

Instagram, particularly, has been plagued by the ‘influencer culture’ where people deliberately rack up thousands of followers — mostly by running ads or buying fake followers — with the goal of monetising their profiles by running sponsored content for brands.

TikTok, however, places a priority on organic and creative content with algorithms that automatically promote naturally good content to reach more viewers.

Since there are no known ways to game the system, many of the young Nigerians who have found fame on TikTok are those that are driven purely by their passion for creating content and entertaining people, regardless of monetary benefits.

“For me, money is nothing compared to my passion,” Solomon explains. “So far as I love doing what I do, then money is not the first goal.”

Nonetheless, local TikTok creators like Solomon have inadvertently begun to reap various forms of benefits from the platform.

Apart from winning prizes ranging from cash to goody bags for participating in challenges, TikTok has had a direct impact on their other social media where they now get offers from brands to promote their products and services.

“TikTok helped build my Instagram,” Solomon adds. “So, people reach out to promote their businesses, their pages, shows, parties, and so on, and all these promotions aren’t free.”

Young creators who are also entrepreneurs have been able to reach new customers and grow their businesses.

“I sell male and female fashion collections.” says Davies, “and I have made quite a few friends who have patronised my business.”

Similar platforms also vying for a big slice of the pie are pulling no stops to convert users to their side. Onyeka revealed that he was “approached by Vskit to sign a contract to create content on their platform and get paid.”

Vskit is also a short video app created by Transsnet media, a subsidiary of China-based Transsion holdings, makers of popular phone brands such as Infinix and TECNO. As is with many Transsion-owned brands, Vskit is also Africa-focused and has 10 million users in Africa, according to Vanguard.

Competitors are not the only ones paying attention. Big name musicians, actors and comedians are joining TikTok and creating content natively for the app with the hope of capturing its young audience.

To drive engagement and trend on TikTok, many of them make use of incentives.

In a recent post on his page, Nigerian actor Timini Egbuson, who has over 3,000 followers, acted out a breakup scene and in the caption invited viewers to “duet with him” and win ₦20,000 ($55.46). The ‘duet’ feature on TikTok allows other creators to react to an original video in split screen. Seyi Shay, a Nigerian musician, on her own page offered ₦40,000 ($110.92) to be won by the user with the best duet to one of her new songs.

The growth of TikTok in Nigeria is no accident

ByteDance, TikTok’s parent company, has promoters who scour the app for new talents. These promoters train the creators on how to use the app to create better content, and then feed them with a steady flow of challenges to participate in — hence creating more (and better) content for the app and, in turn, attracting new users. “I got noticed by a promoter,” Solomon told me. “She helped guide me on what to do on TikTok and how to make my videos better.”

Much like YouTube, TikTok has also built a tight-knit community for their local creators, engaging them via WhatsApp groups and physical events.

In April, TikTok hosted a meetup at the University of Lagos where Nigerian Instagram sensation Gloria Oloruntobin, better known as Maraji, was a speaker.

Maraji was one of TikTok’s early adopters — back when it was still Musical.ly. She started her career in comedy online using the app to lip-synch to popular songs and funny memes, although now she makes and edits original videos and publishes primarily on Instagram where she has 1 million followers.

Digital marketing agencies are also paying attention to TikTok’s growth in Nigeria and it is, in fact, not surprising to them.

Oluwapelumi Oyetimein, the director of programmes at DigiClan Africa says that he started out monitoring Musical.ly when Maraji started going viral and continued even after it became TikTok.

He, however, admits that brands are often reluctant to try out novel platforms like TikTok as they tend to have a preconceived belief that their audiences are on the bigger platforms. But he is optimistic that as social media meme culture — of which TikTok is an integral part — keeps growing, brands will eventually come around. 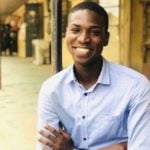 I write about media, technology and internet culture.