How digital taxes are hurting connectivity rates across Africa 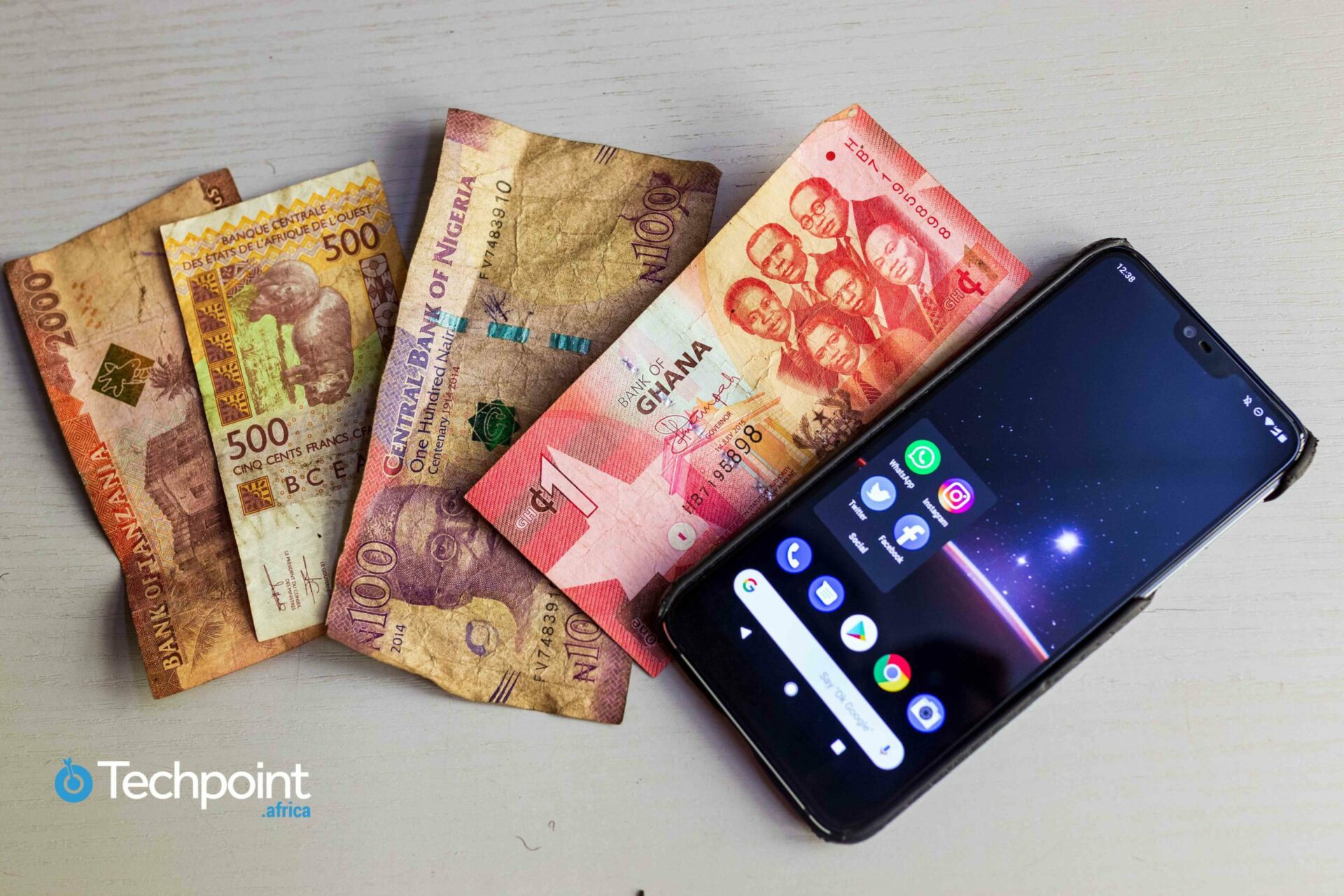 Several countries in Africa have recently introduced taxes on fundamental parts of the internet. Often considered a means of generating revenue streams during economic hardships, the taxes have ultimately limited connectivity and, with it, infringed upon important digital rights.

Most famously, in July 2018 Uganda introduced a tax on the use of social media platforms. However, Zambia, Kenya and Benin have also introduced similarly regressive pieces of legislation in the past year.

According to the Alliance for Affordable Internet, more than 75% of Africa’s population is still offline. Without addressing the impact of these new taxes, there are risks that internet penetration rates will continue to stagnate, leading to dramatic economic, political and social consequences.

In Uganda, the excise duty took effect on 1 July 2018 and imposed a daily fee of UGX 200 ($0.05) on users accessing “over the top services” which included social media platforms. The legislation also introduced a tax on mobile money transactions, valued at 1% of the transaction.

In Tanzania, the government introduced a $930 license fee for operating a blog as part of their Electronic and Postal Communications Regulations. The move also allowed authorities to revoke a permit if the owner was found to be publishing content that “causes annoyance, threatens harm or evil, [or] encourages or incites crimes” among other vague clauses. If content is not removed, the owner could face a fine of no less than five million shillings ($2,210) or a year in prison.

Finally, in Benin a social media tax was briefly introduced last year which caused a 250% increase in the price of 1GB of mobile data. However, after significant challenges, the government decided to repeal the taxes.

Across the continent, the average citizen pays 8% of their monthly salary for 1GB of mobile data, in comparison with just 1.5% in Asia. Unsurprisingly, the introduction of additional taxes on internet use has dramatically limited the rise of connectivity.

In Uganda, the impact has been particularly stark. According to Juliet Nanfuka, the Research and Communications Officer at CIPESA: “the social media taxes resulted in at least five million Ugandan internet users going offline.” Primarily, this was due to the economic burden that the new taxes introduced.

“At first, when they introduced the tax, I was offline for over a week because I didn’t have money on mobile money to pay for the tax,” said a woman working in the informal sector, as reported by A4AI.

In a country where internet penetration is just 14%, according to a new report by Research ICT Africa, 5 million less citizens online represents a major drop in users. The move also presented a significant challenge for small businesses looking to market their products and services on social media platforms.

In Tanzania, the annual $930 cost for a license to run a blog is more than the gross national income (GNI) per capita, putting it well outside of the reach of most. Additionally, the threat of a fine of almost two and a half times the average GNI is likely to be a strong deterrent of applying in the first place.

In Kenya, mobile data and broadband prices have risen dramatically due to the increased taxation. Nanjira Sambuli, the Senior Policy Manager at the World Wide Web Foundation told me that the “tax makes a bad situation worse and puts connectivity further out of reach for millions of Kenyans.”

It’s also of concern for the major social media platforms, who could see their profits fall as less citizens use their services, opting for platforms that are not currently taxed. However, ultimately the taxes appear to be negatively impacting the poor, rather than the major transnational corporations.

Unsurprisingly, these developments have hit the worst off the hardest. As a report by A4AI concluded: “to avoid further worsening the digital divide, governments must pay particular attention to the impact taxes have on women and other groups who are traditionally excluded from digital spaces.”

In countries such as Uganda, in which there is already an 18% difference in internet access between men and women, the taxes have further exacerbated the digital gender divide.

As Nanfuka told me: “the taxes have pushed basic connectivity further out of reach for millions, disproportionately and negatively impacting low-income Ugandans and vulnerable communities such as persons with disabilities (PWDs) and rural woman.”

However, not all services have been affected. Despite social media platforms providing an invaluable platform to disseminate news, it appears that many news websites have remained relatively unaffected by the new taxes.

As a digital report by the Centre for International Media Assistance concluded: “Web traffic to news websites has remained steady, which means that citizens continue to access news via the internet.”

However, the taxes remain in violation of The African Declaration on Internet Rights and Freedoms, recently published by the Association of Progressive Communications. The Declaration states that “in order to fully benefit from its development potential, the Internet must be accessible, available and affordable for all persons in Africa.”

Unsurprisingly, citizens have not accepted these new policies without a challenge. In Benin, challenges to the government over their proposed social media taxes by politicians, as well as the public, left the government with no choice but to revoke them.

In Uganda, there has been a huge spike in citizens using Virtual Private Networks (VPN) to bypass the taxes. As VPNs hide a users’ internet traffic from the internet service provider (ISP), they have become an invaluable piece of technology for citizens looking to circumvent the new taxes.

Whitehead Communications explored the impact of the social media taxes in Uganda in January 2019. After contacting more than 3,000 individuals, they found that 59% of those surveyed were using VPNs in order to bypass the taxes.

After the initial internet shutdown in Uganda in 2016, information regarding VPNs circulated quickly across the country.

“The news about VPN spread quickly by whichever communication channels weren’t blocked; it became the topic around homes, offices, restaurants, even on radio and TV programs, and anywhere people came together they were teaching each other how to use VPN,” Anne Whitehead told me.

As well as using VPNs, there were also large protests against the taxes, which resulted in the arrest of singer and politician Bobi Wine last month.

In each of the states, there was strong opposition both from politicians and the public over the introduction and rise of digital taxes. However, the majority these calls have been ignored by the government.

One reason for this is because lower connectivity help serve their political objectives.

Although ostensibly aimed at raising funds, there are undoubtedly politically inspired reasons behind the new taxes. Though not as blunt as an internet shutdown, introducing unaffordable taxes in a country also helps quell the potentially critical voices of citizens online.

There also appears to be confusion about how to justify the taxes. In Uganda, the official line was that they were used to generate income for the government. However, President Museveni has said that they have been implemented to put a stop to “lying” online.

There’s no doubt that those disadvantaged are more likely to be critical of the government. Therefore, preventing them from getting on social media platforms can be understood a relatively successful, albeit anti-democratic, approach to silencing their voice and ability to organize.

This is true not just of Uganda. The $920 silence fee for bloggers in Tanzania, is “clearly designed to control what people do and say online,” according to Eleanor Sarpong, the Deputy Director and Policy Lead at A4AI.

As the African Declaration on Internet Rights and Freedoms makes clear: “Everyone has the right to hold opinions without interference.”

However, currently it appears that several governments across the continent appear more interested in attempting to generate revenue by hiking up prices of using the internet. However, this is hitting the worst of the hardest, proving an important barrier to economic development and democratic engagement.

If the actions of Uganda, Kenya and Tanzania are not considered going forward, there are genuine concerns that digital taxes may continue to rise and, with it, connectivity may fail to rise.

Samuel Woodhams is a freelance journalist and researcher at the digital rights group, Top10VPN. He writes about censorship, digital rights and internet shutdowns in Africa. Follow him on Twitter at @Samuel_Woodhams.