Social Media Roundup: The one about women 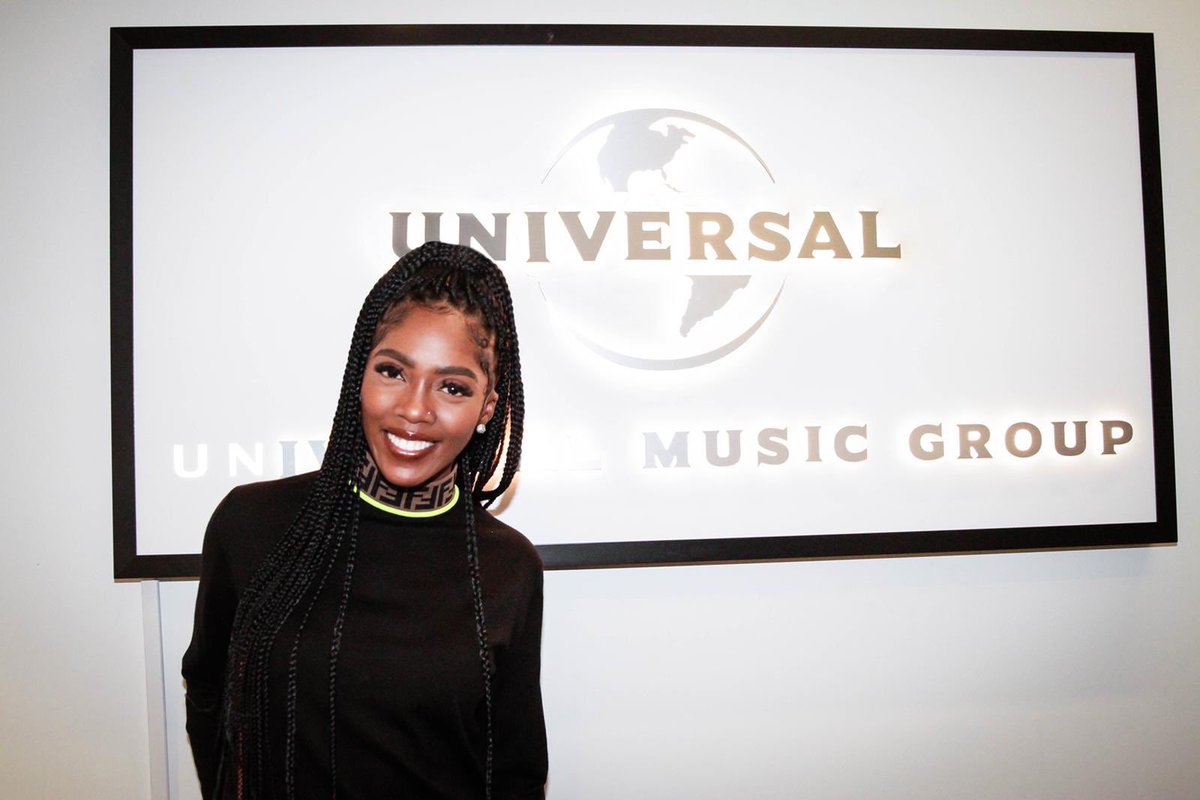 This week on social media was a roller coaster for African (especially Nigerian) women on social media. The ride began on Monday with the news of the arrest of 70 women in Abuja by officers the Nigerian Police Force.

The women were arrested on Saturday night in the Nigerian capital city and accused of prostitution.

"Dozens of women – and a two-month-old baby – were arrested and accused of prostitution. Witnesses say some were raped using discarded water sachets as condoms." #AbujaPoliceRaidonWomen https://t.co/C39X2jc9G8

This is just insane. So women are not free to go and hangout in Abuja anymore without being termed or forced to admit they are prostitutes. Nigeria is gradually returning to the stone age pic.twitter.com/sk3MusnEma

The police force that ought to go after criminals kidnapping commuters on Abuja-Kaduna expressway are more interested in arresting women at Night clubs, call them prostitutes & send them to their fraudulent sham of a mobile court which can fetch them 3-5k per head as bail. Shame

Being an Abuja boy who use to go out a lot while growing up in Abuja, I have on a few occasions seen policemen chasing prostitutes about & trying to get them into their vans. 2 main things:
1. They exploit them (rake all the money they've made)
2. They sleep with them for free.

Imagine, yet that fool @YomiShogunle is having a hard on about arresting women in Abuja claiming they are prostitutes. Meanwhile real criminals are allowed to rob, kidnap and kill people on Abuja-Kaduna expressway at will. Shame on you yomi olofo, shame on the Nigerian police https://t.co/hRwqJhNMQP

Actual rumour in Abuja has it that the Minister of FCT fell out with a prostitute, and that led to the police clampdown on sex workers in Abuja

Isn't your country a super story?

How Abuja policemen raped, assaulted us, by convicted prostitutes https://t.co/WRynrmsEP6

Victim one "on the 26th of April, Friday night. I was in a club in Gwarimpa. All of a sudden we saw a crowd, hitting women, etc. They bundled us out of the club and forced into a van. We asked and they said they were from Task Force."#AbujaPoliceRaidOnWomen

Rape is bad.
It gets worse when those who should protect and defend get in on the act.
Women are human beings too, not things to be used.
We all need to speak up and reject this madness #SayHerNameNigeria

Most of the women arrested in Abuja night clubs on Saturday and accused of prostitution, they pleaded guilty to the charge on Monday, and paid the N3,000 fine.

For the real prostitutes among them, it's the best thing to do, but for the innocent ones, their lives are ruined. pic.twitter.com/umyMN4lcve

The only thing this country is good for is hiding behind hypocritical religion. How can you even sit there and try to justify as useless as the police is raping? #SayHerNameNigeria

Here’s what Yomi Shogunle, Assistant Commissioner of Police had to say

Is there a way citizens can protest for the removal of a public official? Yomi Shogunle has to go.

When you read @YomiShogunle's tweets, you'll get a much better understanding of the character and thought process of the low ranking police officers. What's more shocking is Yomi is seen as the seemingly "refined" police officer. So imagine what the rest really are like.

One day Yomi Shogunle will retire, he will be powerless. The thing is his children will be adults then, and the Nigeria he has created will attempt to swallow them.

From Mavin to UMG

In other less depressing news, Nigerian superstar and Mavin First Lady Tiwa Savage is leaving her record label of 7 years for an international deal with the Universal Music Group.

We are thrilled to welcome @TiwaSavage, one of Africa’s biggest stars, to the Universal Music Group family.
↳ https://t.co/TYZOWfkGi4 pic.twitter.com/tI4SfWPjsA

Don Jazzy penned down an emotional tribute to Tiwa on Instagram, read it here. Find screenshots of the post below.

Promise me that our relationship will never change… I only want to make you proud of me. – Tiwa Savage replies to Don Jazzy farewell letter to her, thanking her for 7 years under his Mavin records, as the artiste leaves the label after inking a deal with universal music group pic.twitter.com/griyq2cphC

Tiwa! Savage moves. When others were busy focusing on your current level wondering why they aren’t competition, you are there closing in on your next level!

Happy for Tiwa Savage. Impressed with Don Jazzy👍🏽. When you leave your company or group exit professionally. Not like a born thief, burning bridges.

Looks like not everyone is excited about the deal

Pliz pliz pliz, if you people want to start your yeye like for yen yen yen Rt for pangolo,let it be known Tiwa Savage is officially international now and should be put together with internationals ONLY eg; Rihanna, Beyoncé and so on, not Shaworode people(Simi in exception😍) pic.twitter.com/lqF6NNmX64

Someone said Tiwa Savage is officially bigger than the Kenya music industry.

Who's the most internationally recognised female musician in Nigeria?

RT for Tiwa Savage.
Like for Yemi Alade. pic.twitter.com/0AbIIZm5JR

Victoria kimani reaction when She finds out tiwa savage is now a global artist pic.twitter.com/Jbg2VCf3IB

She will be shocked
She will then cry
She will also cover her face
And then she will know Tiwa's shoe is too big for her pic.twitter.com/fYMukdx4ai

In the past 1 year the following artists have left their record labels (publicly):

No one is renewing their deal. Many are moving on to either their personal imprints or signing to international majors. Discuss.

Tonto Dike has more news about her ex-husband

In an interview released earlier in the week, Nollywood actress released new details about her ex-husband Churchill Olakunle. This is the latest in the controversial actress’ revelations about her experience being married to him. Watch the video below.

Nollywood actress, Tonto Dikeh shares her story about domestic abuse and the relationship with her ex husband, Churchill.

“I met him at the night club, Escape club, we dated for 7 months before we got married” – Tonto Dike recalls her horrible experience with Churchillhttps://t.co/XxeuexbW3i

Another word synonymous to Bitterness is Tonto Dike. pic.twitter.com/7MW1CkcIao

Churchill sure has erected a fully detached 4-bedroom duplex inside Tonto Dike's mind and is living there pretty.

Cos I don't know how every quarter, for years now, Tonto has something to say about her ex-husband, husband that she used her two eyes and legs to marry by herself.

Can someone tell Toto Dike to shut the hell up and move on? Can't she respect her son? Both Churchill and Tonto are destroying that boys life. Sooner or later that boy will be online and will read all the stuffs they're putting out there. That alone will destroy him.

Tonto Dike and Lillian Esoro. Two queens handling scums in their different ways. No one size fits all

When Churchill was spewing his trash, did you people convulse? Did you remember “but your son”, did you ask him why he was bitter.

Tonto Dike is now here with receipts and suddenly, it's taboo to expose their dirty linen. Slander him, Tonto. Do it. Do it for the culture!

I hope Tonto Dikeh never goes away. She should publicly shame him.

When he was giving his interviews you were all hopping to conclusions, but now homegirl is here with evidence and receipts and it’s “remember your son”.

The ex didn’t need to remember their son?

Tonto Dikeh is doing the Lord's work. I didn't see this level outrage when the man went on the offensive. And I choose to not entertain it now that she's gone nuclear.

Tonto dike is an example of “nobody listens to black women”

She’s telling her story and people are willing to believe she is mad,on drugs,bitter and not for once considering that this lady is actually telling the truth.

It is difficult for people to open up in Nigeria.
I mean, Tonto Dike is opening up on her failed marriage, but Nigerians would rather drag and eat her raw on social media.
Nigerians always attack the victim.

On one hand there's Tonto Dike, on the other hand is Francis Odega and then there's Regina Daniels too. Nollywood is beginning to look like Hollywood with all the extra off screen drama. pic.twitter.com/uZHNZQ8wjD

When You mention "Churchill" near Tonto Dike.😏 pic.twitter.com/MRo9CgQ8Sw

The same Tonto Dikeh that was gushing on Hushpuppi, wishing him a happy birthday is the one dragging her ex-husband for being a yahoo boy. pic.twitter.com/2SqXRniDPg

Last year, the International Association of Athletics Federations (IAAF) issued new rules that would require female runners with naturally high testosterone levels to race against men unless they take medication that would the reduce the production of the hormone.

South African runner and Olympic medallist Caster Semenya falls under this category, and so appealed the new regulations.

On Wednesday, the Court of Arbitration for Sport ruled against her. For more context, read the stories below.

Instead of correcting deeply ingrained myths about testosterone and performance, sports authorities are putting @caster800m’s rights at risk https://t.co/5lbWgOi8IV

“Certain bodies are never allowed to be female”: what Caster Semenya’s story says about gender and race in sports https://t.co/GTBiFpF8ts

If the Olympics is boycotting Caster Semenya’s womanhood, I think we boycott the Olympics. I know this is IAAF’s doing, but the Olympics can help shift the conversation by shifting their relationship to IAAF.

— The Disordered Cosmos by Chanda Prescod-Weinstein (@IBJIYONGI) May 3, 2019

So here you have a natural born female with a chromosome abnormality. They want to perceive her as a male but they can't and they're pissed about it so they'll use any means necessary to downgrade her. This world I tell ya……… She'll rise above it all #CasterSemenya pic.twitter.com/WbIpyJewsj

black women’s bodies are regularly ground zero for barbarity masquerading as science for the benefit of white women.

caster semenya is at risk of osteoporosis and infertility so that paula radcliffe and sharron davies can maintain their status quohttps://t.co/WQ10kchJfy

I don’t know who did this, but it’s genius. Enough said. #CasterSemenya pic.twitter.com/vQtt3D7L7d