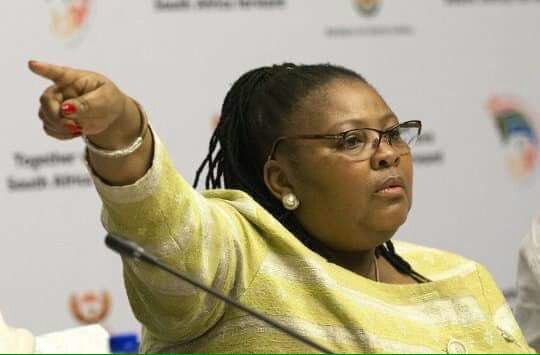 This week, a Nigerian human resource personnel took to Twitter to recount her experience with a job applicant she had interviewed the previous day.

Almost everyone on Nigerian social media had a take on the matter;

HR is like secret service where your role gives you the opportunity to know stuffs that you can’t talk about.
If an applicant compliments you, take note but let it slide.
A well grounded HR Officer doesn’t give away emotions on d job.#Taiwo doesn’t know the ethics of the job

Taiwo, if you don't know, let me remind you of the 'Human Resources Code of Ethics and Professional Conduct'

Here are some of our duties:

Others thought the guy was in the wrong

Since some people are sharing a google link just to bash Nigerian HR (without even clicking to read in the same article that you should avoid certain 'compliments'), here's one about 9 THINGS TO NEVER SAY AT A JOB INTERVIEW. Note number 4.

While this category of people thought both parties were unprofessional

Telling your interviewer they smell nice is not rude ,it is inappropriate and highly unnecessary,unless of course the interview happens out of an office .
The way Taiwo handled the case was also not professional and uncalled for.

The truth, its either the guy is naive or just trying to ease his anxiety, but the interviewer #Taiwo been professional should have just smiled n corrected his action, so he doesn't loose it else where.

#YouSmellNice The applicant might not have been outrightly professional with his compliment, but Madam HR Taiwo was more unprofessional as an HR. She deserves to be Reprimanded by the Organization.

Some were being mean

If only you ran like your mouth, you would be in good shape😴 pic.twitter.com/Cf0UN81DGU

When I see Taiwo’s face this phone comes to my mind #yousmellnice pic.twitter.com/wAnlsLC94O

That's how they said someone should stop saying "Yeah" at interviews. Thunder faya gbogbo Nigerian HR.
Why so serious? #YouSmellNice

#YouSmellNice by Aunty Taiwo. You people are mad on this app… 😂 pic.twitter.com/Oe27Sawe7G

You Smell Nice t-shirts for sale

a wise man says your not poor ur just blind to ideals arud you. We have decided to make you smell nice T shirt and Is now available in difrnt colors and sizes. Pls retweet 4 our customers#taiwo#yousmellnice#hr#tshirts pic.twitter.com/E35EJ3JHGo

If a lady tells me I smell nice after an interview in a suggestive tone I’ll tell her “thank you for the compliment. But such compliments can blow your chances in the future.”

If she is a good fit, I’ll still give her the job. And won’t bring it to Twitter.

Fun facts; Taiwo posted that tweet on Monday, March 11. It got many people wondering why she conducted a job interview on a Sunday. Also, she’s in Ontario, Canada and not in Nigeria. Now, on to other trending topics on social media this week.

On Wednesday, a four storey building containing residential appartments, a nursery and primary school and shops collapsed at the Ita Faji area of Lagos Island. About 100 people were reportedly trapped inside.

A building in Lagos, Nigeria’s most populous city, collapsed this morning leaving some people trapped and killed, including primary school children. Investigations are still ongoing. pic.twitter.com/X3q9rO8cJW

A rescue operation is ongoing in Lagos Island, where a building with a school in it, has collapsed. pic.twitter.com/dU894cNugO

WATCH: Children being carried through crowds to ambulances after being pulled from rubble of school building collapse in Lagos, Nigeria. pic.twitter.com/FovL0M7hRQ

The collapsed school at Itafaji in Lagos Island. Many pupils still trapped under building.

Sad day in Lagos. How a building marked for demolition houses a school may sound odd to many but that's what corruption, impunity, a comatose education sector and the scramble for survival attract. Will this collapse force action or we'll wait until the next tragedy? pic.twitter.com/tjNcHgVvE7

It's a sad day in Lagos Island as a 3 storey building collapsed this morning.
I urge Lagosians close to General Hospital Lagos to assist by coming to the pathologic dept to donate blood voluntarily to help the wounded.
I just did.
Thank you as you help save a life

So this man at the site of this building collapse in Lagos island is threatening to kill himself as he lost 3 of his kids who sat at home all through last week because of school fees only for him to take them to school today, pay their fees and they all die

A woman lost all 4 of her children yesterday at the Lagos island collapsed building.
This morning, she poisoned herself and her body is now at the mortuary.

REVEALED: Birthday Boy Killed In Lagos Building Collapse ‘Told His Mum He Didn’t Want To Go School’ | Sahara Reporters
“Today is the boy’s birthday; he said he didn't want to go to school because it's his birthday but his mother…@followlasg
READ MORE: https://t.co/8Wc3RcEggr pic.twitter.com/QPkej7Swqt

The collapsed Lagos Island building had been marked for demolition & occupants asked to relocate last year.

Months later, the occupants came back, demolition mark erased, someone has been settled.

The owner of the School(Aunty Esther) that was Collapsed yesterday at Lagos island has been running the school for over 30years. Even my uncle was one of her first pupils.

Saddest part of this is, she’s been told to vacate the place a year ago.

A crook must have set up that school within the rickety building in Lagos island with the aid of some nefarious characters in the Ministry of Education, Local govt and other monitoring agencies. There is a guideline for the establishment of public and private schools.. pic.twitter.com/4X1fFYIVDU

The building before it collapsed 💔 pic.twitter.com/1BjmeK2kfq

I am deeply saddened by the loss of precious lives in the collapse of a building in Lagos Island today. Our thoughts and prayers are with the families who lost loved ones in this unfortunate incident. pic.twitter.com/JFhmhr98On

“This era where people are sitting waiting for other people to come and speak for them needs to stop”.

Following the collapse of the #LagosIsland primary school, #Vector speaks.pic.twitter.com/X5AbNdJfAL

Deeply saddened by the loss of lives from the collapsed building on Lagos Island. I pray for the souls of the young victims whose lives have been cut short by yet another failure of the Nigerian state. Time to audit all public buildings. Time to enforce building standards.

Just a reminder that nobody has been punished for either the Synagogue collapse that killed 100+ people, or the fatal Lekki Gardens block-of-flats collapse.

Not enough deterrence for substandard building in Lagos.

A normal President would have abandoned everything to go visit the scene of the building collapse in Lagos that killed several children.

We are gradually becoming an uncaring society.

It is raining heavily in Lagos right now!

There are children still trapped in that collapsed building.

The Lord help them.

Lagos Island is largely unfit for human habitation. Everyone knows but no one has the balls to fix it.

An official casualty report is yet to be released by the National Emergency Management Agency (NEMA), however, reports making rounds suggest that about 41 people have been rescued and 19 reported dead. Meaning that there are probably still more survivors and bodies to be recovered from the wreck.

Riot hits the University of Nairobi

Unrest at the University of Nairobi (UON) as former student leader was killed yesterday.

Samuel Ragira popular known as OCS Ragira was reportedly killed when he confronted armed thugs who had been terrorising and demanding money in exchange of stalls from traders at Klabu market, located in Nairobi, Kenya.

Following the death of OCS Ragira, students of the University of Nairobi took to the streets of Nairobi to protest and demand justice.

OCS Ragira, Student leader at The University of Nairobi assassinated by unknown assailants.
Students threaten to suspend peace within the CBDhttps://t.co/Hx0RJ4o95f

University of Nairobi students go on the rampage barricading State House road near the main campus as they protest alleged murder of a colleague. pic.twitter.com/IcMgHsB3OS

My friend, a real fighter @MCAKilimani2017 pole sana… May justice prevail. Such a sad story to loose a schoolmate friend and an activist. OCS Ragira was much famous in the University of Nairobi. pic.twitter.com/7nRmvX9oPF

I strongly condemn the killing of one comrade Samuel Ragira who was shot today at club 36 at the university of Nairobi.May his soul Rest In Peace.We shall overcome pic.twitter.com/2b04v0x1K8

I strongly condemn the killing of one comrade Samuel Ragira who was shot today at club 36 at the university of Nairobi.May his soul Rest In Peace.We shall overcome pic.twitter.com/2b04v0x1K8

No one is safe, including the killers.
University of Nairobi Comrade murdered, unacceptable.

University of Nairobi is among the most prestigious schools of higher learning in Africa,with such happenings, this glory is going to the dogs.

Adesua Etomi is on the cover of Vogue Magazine

Featured in the issue and on the cover of the magazine is Nigeria’s own ace actress Adesua Etomi-Wellington.

Her family and friends congratulating her

@AdesuaEtomiW you are such an inspiration!!! I'm soooo PROUD of you and happy for you. This is only the beginning, by God's grace. Shine like the star you were always meant to be, baby. Shine!!! pic.twitter.com/wpcqLLxvt4

Oshey Etomi power 🙌🏾🙌🏾 My cousin is on the cover of Vogue 👏🏾👏🏾 @AdesuaEtomiW pic.twitter.com/w12vJJgPrm

Adesua on the cover of Vogue is just so epic. Dream big guys. Anything is possible 💃💃💃💥💥

Omggggg Adesua Etomi made the cover of Vogue?? That’s major!!!

Wait, did they darken her skin tone?

But, why did Vogue edit Adesua Etomi’s skin colour? To pass her off as a black woman?

Is it me or did they darken Adesua for this shoot?

Black women come in several shades and are beautiful regardless!!!!!!!!! pic.twitter.com/Z5y68vJU9E

My own is why did they darken Adesua’s skin in that cover?

Can't we be happy for Adesua Etomi-Wellington and enjoy it – stop this complaints of her skin tone being darker biko – did they use it to do us? 😒

Great for Adesua to get Vogue. But, erm, this reads like sci-fi journalism:

"The Nigerian actress Adesua Etomi-Wellington can’t walk down the street in Lagos without getting mobbed, and if she’s with her husband, the actor Banky Wellington, forget it…"https://t.co/iHlU4jNZTB

There's nothing quite exciting about Adesua's Vogue cover/feature and that's not me being what you'll term a "hater". Just read the article and see if you get me