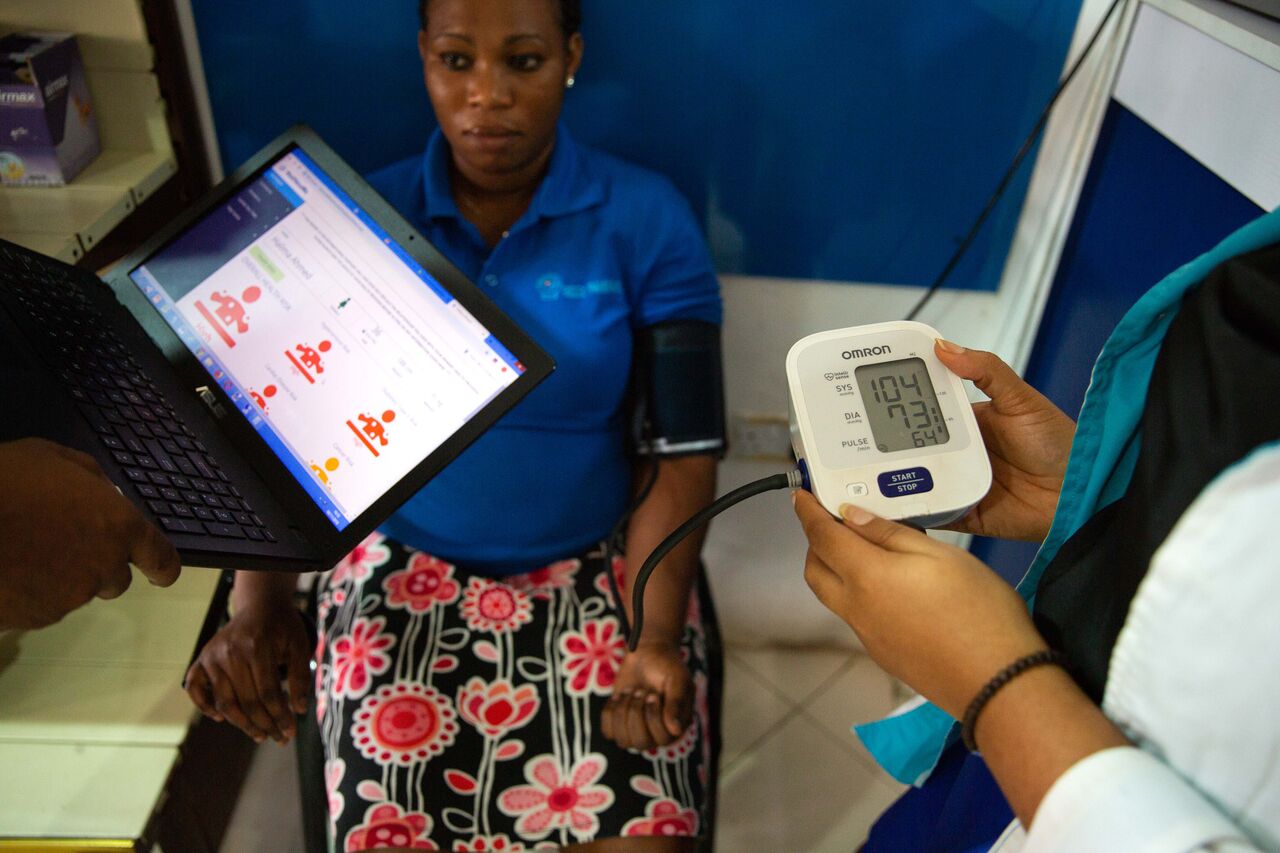 At age 32, Obi Igbokwe was already living with a chronic health condition but didn’t even know it himself. It was around the time he had completed his master’s programme, in the UK, and had moved apartment.

The move necessitated a routine check-up at the doctor because it was mandatory for him to register with a general practitioner in the new area of the UK which he had moved to. To his horror, he was diagnosed with hypertension; quite a shock seeing there were no previous symptoms of the condition.

A hallmark of chronic non-communicable diseases (NCDs) is that they are often symptomless until they are at an advanced stage, in which case can lead to death.

To think WHO predicts that by 2030, deaths from NCDs will surpass those from infectious diseases in Sub-Saharan Africa, with significant socioeconomic consequences.

For Obi though, he survived the disease largely because of the early detection. If detected early enough NCDs — like hypertension and diabetes — can be reversed by making the appropriate lifestyle changes. But one must really wonder the number of people actually living with these conditions that are not aware of it.

Especially in Africa where people do not have the luxury of access to a doctor or a routine check at the health care centre.

“If anything can be done, it has to be educating and possibly creating a provision for onset prevention of these diseases, and the use of technology to achieve this seemed the most logical path to me,” says Obi.

Highlighting just the solution might not be enough and Obi himself realises this, which is why last year he founded the company, WellNewMe, to be part of the solution.

“The input by each person is then analysed by algorithms which produce personalised, interactive results with targeted recommendations displayed through individualised dashboards,” Obi explains.

And talk about meeting people’s needs, WellNewMe’s solution has garnered 8,000 users from just three companies in Nigeria. Apparently, its corporate based services allow it charge companies for assessments on their staff. But while that’s on the B2B side, there’s a B2C component as well. It has partnered with pharmaceutical companies and medical labs, thus allowing people to walk in there to have the assessments.

Also, according to Obi, free assessments are available right now, albeit for a limited period. The play is very likely at boosting sectional demand of an actual addressable market, which presently is estimated to be worth $10.5 billion in Nigeria.

“We arrived at the figure by taking the current health expenditure per capita in the country which is currently $97, multiplied by the total population to give us the size of the total addressable market at $19.9 billion. Now, considering that adults (15 years and over) who our solution is targeted constitute 53% of the total population, that puts the total market size at $10.5 billion,” Obi clarifies.

WellNewMe is eyeing just 1% of that market. This fair target takes into consideration some challenges — like infrastructure requirements, financial constraints, technology and training requirements, as well as political interference — that might hinder business.

Regardless, it is heartwarming to still see that an almost forgettable 1% addressable market size translates to a whopping $105 million.

“With this, knowledge, tailored recommendations can be made that will have the potential to influence NCD outcomes for each individual,” argues Obi.

Another thing of interest lies in the possible fact that WellNewMe’s solution just might be the only algorithm-based health risk assessment service in Nigeria.

“We are currently the only ones that offer an algorithmic-based health risk assessment service. HMOs and some health providers offer mostly paper-based risk assessments.

Also, they are only able to run limited surveys on their clients, provide generic information on health prevention activity but none of them functions digitally using an iterative process. We are however looking to working with our colleagues to ensure that that as many people as possible can be aware of what their health risks are,” says Obi.

In the next 5 years, WellNewMe plans to engage as many as 5 million people through its platform and provide tailored advice on the lifestyle modifications needed to reduce the risks of NCDs or reduce the effects of the complications of NCDs for those already afflicted. This, it believes, will not only curtail the incidences of NCDs but also reduce premature deaths from the disease group.

“This reduction in premature death, along with a reduced rate of lost productive days will lead to a significant drop in the economic burden that arises as a result of NCDs,” Obi concludes.

During Techpoint Build 2019, on the Pitch Storm stage, WellNewMe will be competing against 11 other startups for $10,000 in equity-free prize money.