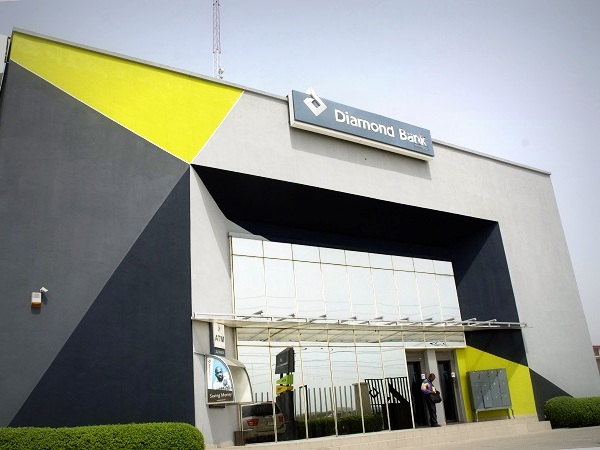 This past Sunday, we got news that Diamond Bank had been acquired by Access Bank.

In the days following the news, the two banks were trending on social media.

BREAKING: While a potential Access Bank acquisition/merger with Diamond Bank could still lead to the resignation of Uzoma Dozie, Nairametrics understands the Dozies will keep a significant portion of their shareholding of the bank giving them a seat on the board of the bank.

If you remembered vividly, it was Access Bank that acquired the then almighty Intercontinental Bank.

If you think the Access Bank acquisition of Diamond Bank is an accident, they don't think so; they prepared for it. Diamond Bank is the closest to perfect Nigerian bride for their retail banking aspirations. pic.twitter.com/It089gXCw7

.
As part of the Shareholders, I will be attending the next board of directors meeting!!! pic.twitter.com/1MFBDsHeFP

Even though it’s only 894 naira 89 kobo I have in both my Access Bank accounts. My money is part of the money we used to buy diamond bank 🏦. So I’m a shareholder in access bank now. Respect me Plis.

I'm not surprised that Access Bank is acquiring Diamond Bank.

If you have 'Access' to anything in this world, why can't you buy ordinary Diamond? pic.twitter.com/1xamtAVT85

You sleep as a Diamond Bank staff, wake up as an Access Bank staff on review. pic.twitter.com/xIyoa0S9Cf

This week Nigerian artiste Lil Kesh released a new single titled Logo Benz featuring Olamide. The song immediately started trending but mostly for the wrong reason, or for the right one depending on who you ask. Anyway, the lyrics of Logo Benz contain words that encourage fraud and money rituals and many Nigerians condemned it immediately.

Here’s what Olamide had to say about it;

Logo Benz is for the 3rd party to have a glimpse into the current state of youths in our society. (Runs girls x runs boys) “ I’m not sure if there’s anything like 2 much awareness, but pardon me if there is. It’s all over the news, it’s always been in movies, don’t box musicians.

This "Pata ni logo benz" song is a totally insensitive song.. Infact, if you find it funny, you're stupid.. Olamide and lil kesh should be banned.. Their desperation to stay relevant has gotten out of hand

At this Junction, after listening to that "Logo Benz" song, it's highly obvious that Olamide and a host of other music artist are the worst kind of role models for our youths in these difficult times.

"Remove your Panties for them please"!?!?!

Olamide is a disappointment

No. Lil Kesh has to go. What the entire fuck is this nonsense song?

What's worse is Olamide is featured, even if Kesh is a lost battle, bros u no suppose encourage am na 😑😑😑😑😑

Olamide will soon come and tell us that the aim behind the Logo Benz song with Lil kesh is to dissuade young boys from involving in rituals, same thing after being bashed by the media for releasing a song like science student that promotes drug use!

‘Logo Benz’ is just another proof of how Olamide have lagged behind in the industry. Throwback to 2011 & 2013 when he released ‘Rapsodi’ & ‘Baddest Guy Ever Liveth’, he was on par with ‘em Wizkid. Now he tries to sing to any trending slang. Retrogression!

Now kids will start singing along to “if money no enter, i go do blood money o” Olamide & Lilkesh really messed up on this one.

U must not listen to LOGO BENZ OK! OK sir, good child. pic.twitter.com/yRQjQ2LLMr

Me on twitter: Lil Kesh Ft Olamide latest song is so diabolic and demonic, they are promoting Yahoo and blood money

So you mean it is BLOOD MONEY that lil kesh and olamide said in that " logo Benz " song. Wow. I thought it was EBUKA. My daze pic.twitter.com/5Vee74agd5

Y'all are surprised by Olamide releasing a song that promotes Social Vices?

The Name of his Record Label is YAHOO BOY! NO LAPTOP! pic.twitter.com/BYhuhnj7OT

Music is usually a reflection of the society from which it originates at the time it is produced.

So, Olamide and Lil Kesh are just producing music that reflect our society at this point in time just as Fela's music in Fela's time.

On Wednesday this week, Nigerian President Muhammadu Buhari presented the proposed 2019 bill to a joint session of the National Assembly.

During the presentation, while the president stated the achievements of his administration, somelegislators, clearly from opposition parties were heard screaming “lies”, “noooo”.

Scenes at the National Assembly

Who else is watching President Buhari speaking live at the National Assembly while presenting the #2019Budget ?

Pro Buhari and APC Lawmakers chanting Sai Baba during the entrance of President Muhammadu Buhari to the Green Chambers for the #2019Budget Presentation #NextLevelBudget pic.twitter.com/rcg7N92qJb

"The World Is Watching’ @MBuhari Tells Lawmakers Booing Him at the presentation of the #2019Budget"😁😁🤔🤔@MBuhari wants the Honorable members to keep quiet even when he is telling them BIG LIES. 😱

Reactions to the president’s presentation/speech

Buhari is meant to present #2019Budget and not do a campaign speech. Imaginary figures bandied around, lies about issues that directly affect the masses and as usual the RICE story.

I do hope that this will be the last time we have a president like this one. #PMBsLastBudget

In the #2019Budget presented by Buhari there's not even one single plan and considerations for the Youth, I weep for Nigeria😭😭 #MerryGiveMas

Buhari said he will send minimum wage bill to National Assembly later as it is not included in the #2019Budget. #PMBsLastBudget

Reactions to the drama

Listen to the rogues booing the President at the #2019Budget Presentation, we all know how the President refused them constituency allowance, inflated budgets, and cancelled false projects. #FrastratedMPs

@MBuhari said it’ll be his last budget speech and before he could add “to the 8th National Assembly”, our legislators were shouting “amen”. 😂😂😂😂

MB: Our economy has recovered from recession.
NA: Nooooooo

The Office of the President of the Federal Republic of Nigeria has been reduced to a joke by people who thought they were ridiculing Jonathan.