Social Media Roundup: Are you a true Outsider? 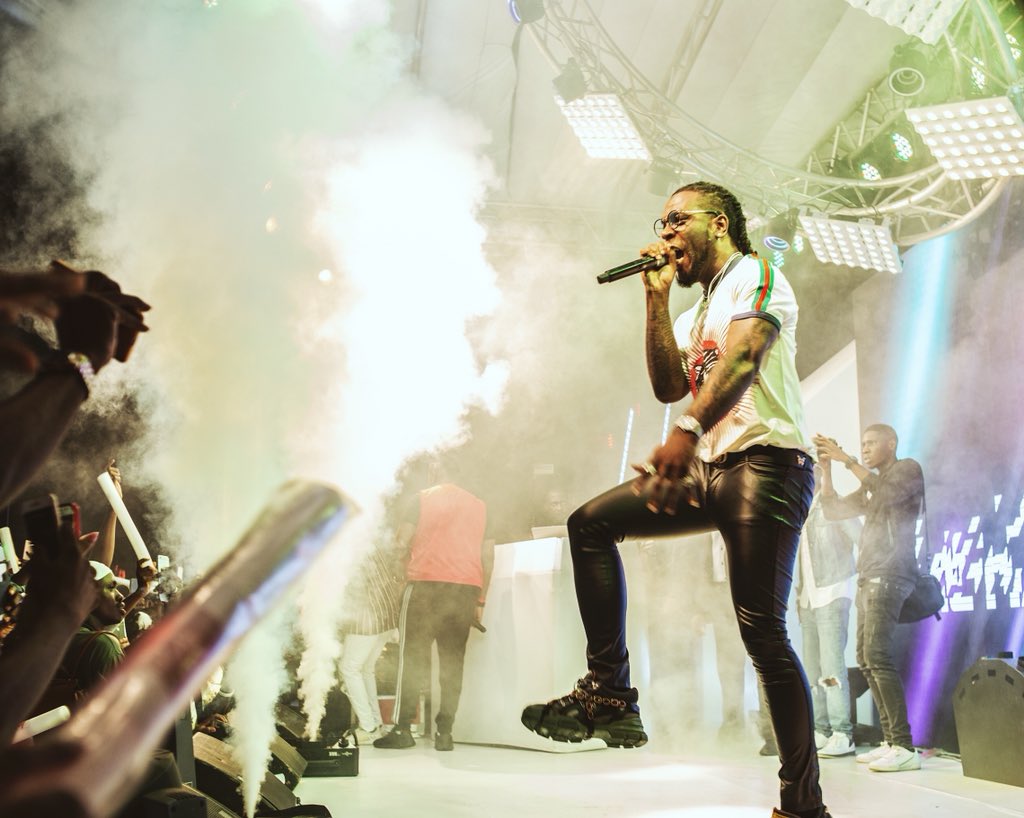 Incase you didn’t know, Burna Boy’s fans are called Outsiders. This week, the Nigerian Afrofusion singer announced the date for his Lagos concert coming up this December.

You spoke we have listened!!!

The only place you will get the full Burnaboy Experience with the Outsiders Band!

Please Get your Tkts : https://t.co/hoCh3Kv2uS

The regular tickets cost ₦15,000 each. Here’s how Nigerians reacted on social media.

Who has the regular ticket for @Burnaboy's concert in excess, I need one, I will pay 8500 edakun 😂 😂

Since I can't buy tickets to burna boy concert
Let me just go to my street carnival pic.twitter.com/fy1LbY9TOx

Me: Burnaboy give us concert

Burnaboy: Are you ready?

Me: I want this gbedu to enter body proper!!

If you believe Burna Boy deserves all the awards and he is the best African artist, why can't you pay 15k for his concert?

Do I smell plasticity? Have you been lying to yourself?

And that's how concert ticket price changed Burna boy from underrated to overrated😂😂 Nigerians will not kill me😂 pic.twitter.com/l320Q5iH12

Then we saw these

Over 50% of Burna Boy's tickets for his December 26th, 2018 concert, Burna Live at 6,000 capacity Eko Convention Center, Victoria Island, Lagos State were sold within 3 hours of their release. pic.twitter.com/h3CfQ0UNfi

On Monday, a video of the Reverend Father demanding “support” from Peter Obi — Atiku Abubakar’s running mate for the 2019 presidential elections — was making rounds on social media. Watch the video below.

Viral video of Father Mbaka saying Atiku and Peter Obi would fail as Obi refused to declare how much he’ll support Mbaka’s ministry with. pic.twitter.com/E42o0fiRLK

I know that Obi went out here almost disgraced… my support for Buhari is turning into a curse – Father Mbaka speaking to Governor Ganduje. pic.twitter.com/8s8YjlPVpW

Someone did a thread translating the entire conversation with from Igbo to English, read it here.

"In your capacity and what God has done for you as governor … God hates stinginess. What I am saying is not to please you, but what will save your life. Otherwise you and Atiku will fail"

Did Father Mbaka actually say this to Peter Obi?

What Father Mbaka did to Peter Obi at the alter of God and in God's name was disgraceful and should be condemned by all well meaning Christians. If this was what Christ stood for, I don't want to be a part of it anymore.

Father Mbaka is a disgrace.

This video should tell you character of this man called Peter Obi, he refused to be blackmailed to make sweet promises like a Nigerian politician just because it’s election season. He refused to be exhorted. I Stan this man.
P.S I’m shocked by Father Mbaka’s actions. https://t.co/PkRqdQ9Pu7

Such a principled man 😍

Heard so many good stories about him, only to confirm it with these videos.

Father Mbaka disgraced himself, Peter Obi just proved once again that he can be entrusted with Nigeria's treasury. We need men like Peter. pic.twitter.com/KybmeyZWbb

Now I see why Peter Obi is nicknamed Okwute Igbo

He stood strong in what he believed in amidst insults from Father Mbaka, he was as solid as a rock on that stage

This is the vice president we need, not one that dances to any tune that is played#LetsGetNigeriaWorkingAgain

Why must ATIKU visit the adoration ministries Enugu on or before 31st for prophesy?

Must PETER OBI donate or build a structure ?

What kind of arrogance is Father Mbaka suffering from? He said @MBuhari should have come to Enugu to “thank the ministry that made him who he is”. His exact words! Oh Mbaka, I do not know if you have read Daniel 4:17. God, not your ministry, made Buhari who he is! #RenosDarts

Father Mbaka was "telling the truth" to Obi for not supporting his project but did he "tell the truth" to Ganduje who also came for the same event?

On Monday, we got news of Small Doctor’s road-side humiliation and arrest by some officers of the Nigerian Police Force (NPF) at the Oshodi area of Lagos.

Small Doctor is a Nigerian street musician and ambassador of the NPF, this is why is arrest was quite interesting.

He was arrested for illegal gun possession

Police arrest Small Doctor, 3 others over illegal possession of gun, threat to lifehttps://t.co/rhfReOirCz

So a Brand Ambassador was arrested by the Brand for possessing the Brand product….

Could it be that Small doctor uses guns to kill mosquitoes? pic.twitter.com/DU1AfeGzq8

Could this Small Doctor’s arrest be a publicity stunt for his show this December? 🤔

I am sure those policemen who arrested Small Doctor did not know Small Doctor is an ambassador to the Nigeria Police pic.twitter.com/rWGcqbqIQR

What rubbish is this, Small Doctor arrested for unlawful possession of firearm?

Lies from the pit of Nigerian police force.
Wtf

This Small Doctor issue is a typical illustration of Trust nobody. Brand dey arrest Brand influencer onto say he carry Brand product.

Court frees Small Doctor with a stern warning to avoid violence within the next 12-months » https://t.co/VXXJgTBgDY

I have a licence to carry a gun, it was a minor misunderstanding – Small Doctor talks about his arrest @iam_smalldoctor https://t.co/Rdls12s6o8 pic.twitter.com/n1Ppdmeac7

Otedola with the money

For the past week, fans and colleagues of veteran Nollywood actor Victor Olaotan have been calling on well meaning Nigerians to crowdfund for the actor’s medical bills. The actor was involved in a motor accident two years ago, losing the use of his legs. He has been bed ridden ever since.

This week, we heard that Femi Otedola, Nigerian businessman and oil magnate has decided to take care of the actor’s hospital bills.

God bless u sir Femi Otedola, only Heaven can reward u for dis🙏🙏tears of sorrow won't be heard in ur house pic.twitter.com/XokttsDpaF

God bless femi otedola for that 🙏🏾💛

Very proud that my Father will be covering all of Victor Olaotan’s medical bills… Femi Otedola continues to inspire us all! ♥️🙏🏾🌈 #FamilyFirst

Any slander against femi otedola wont be permitted.