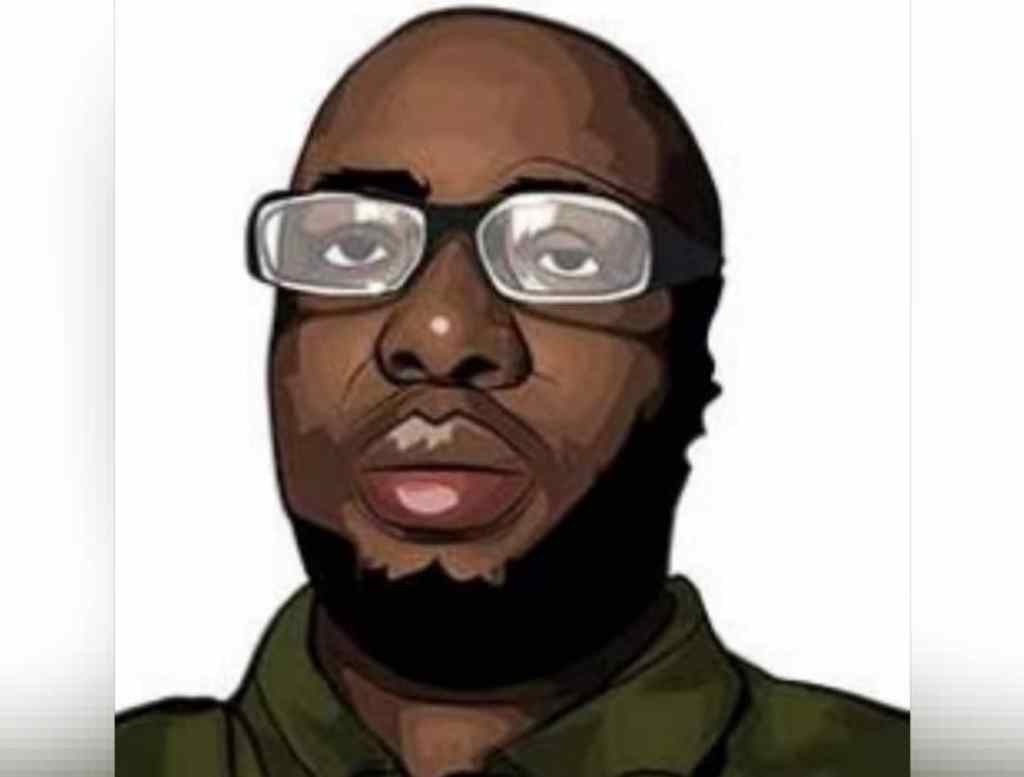 Yesterday, Linda Ikeji’s Blog released an exclusive story on the “true” identity of the person behind Instablog9ja.

According to the story, John Abayomi Arubela, a former online editor of Vanguard and current online editor of The Punch has been the “anonymous” mind behind the Instagram account that is known for publishing sensational stories.

Linda published the story out of jealousy and bitterness

Linda Ikeji hates competition so much that she had to reveal a John Abayomi as the owner of Instablog 9ja. It's a dirty game.

Linda Ikeji sef should mellow, I have even forgotten about her blog… its just paining mama that Instablog is the one in vogue now…the casting sef might not be legit

The game is the game oh, Linda ikeji and instablog basically do the same thing. I don’t even know if there’s any pre-existing beef between them. But y’all know damn well that if Linda was annon and instablog got the gist about her he’d do exactly what she did. Make una Rest

Linda Ikeji revealing Instablog’s owner identity is nothing but a simple business strategy, a deliberate attempt to weaken her competition, y’all should calm down with the jealousy claims.

You are not in business to make friends outta rivals, you are in business and you stay in business to beat your competitors hands down. The instablog owner knows better. Get ready to hear a trending gist about Linda Ikeji from instablog very soon😂

Mad for nothing:Linda Ikeji labelled @MobilePunch Editor, #JohnAbayomi owner of Instablog-showed no proof, only highlighted the gentleman's never-for-once hidden bio and the internet got BLOWN…I pray Linda, her cohorts won't drown in the sea of serious legal battle. pic.twitter.com/a9Xa7mAGZ8

Conspiracy theory:
Linda Ikeji offers to buy Instablog & guy refused to sell. So lady kukuma decides to throw him to the "dogs" by revealing his identity. 🤣🤣🤣🤣🤣🤣

Linda ikeji revealed that the person behind instablog is John abayomi aruleba so that to bring traffic to her website but we still read it on instablog… 😂😂 pic.twitter.com/L5emEGOkh1

John Arubela has neither officially confirmed nor denied the allegation. However, many people claim Linda’s story is hardly news because an Instablog TV account on Instagram formerly had John Arubela’s name. It does still have a link to John’s official Twitter handle.

While you speculate, read on for other trending topics on social media this week.

On Monday, November 12, 2018, Marvel Comics co-creator Stan Lee died at the age of 95. Cause of death according to reports was pneumonia.

In addition to creating some of the world’s most popular superheroes and inspiring young minds all over the world, Stan Lee was famous for his cameos in Marvel movies.

In a recently surfaced video, Stan Lee expressed just how much his fans meant to him. 😭 pic.twitter.com/VCqIiY1by9

Now, to the reactions.

Tribute to a legend

Rip Stan lee. Loved him to death and will keep loving him past it pic.twitter.com/oF9WL88h4Q

I remember watching the Spider-Man cartoon in Nigeria and thinking this is the coolest thing and instantly started reading the comic books. Also one of the reasons I love reading. From then it's history. Thank you Stan Lee. pic.twitter.com/dyucCjVwJh

1) My Stan Lee story happened when I was in 5th grade. I was visiting NYC with my Dad and had read the address for Marvel in the comics I read constantly. I begged my Dad to take me and to his credit he did. And guess what? It was just an office.

I'm going to attempt to chronologically list all of the Marvel characters Stan Lee had a hand in creating. Working with his genius collaborators, Stan and his team produced an insane amount of iconic characters in a roughy ten year period. (Thread) pic.twitter.com/HOVzwBRHzY

THREAD FOR STAN LEE.
Stan Lee gave us more than co-creations X-Men, Iron Man, Hulk, Fantastic Four & Spider-Man. He gave us creeds to live by. Principles to emulate. Villains (and racism) to fight. He gave me vital cornerstones of my belief system. My sense of responsibility. pic.twitter.com/KxUpP7m23h

in honor of stan lee, a thread of every mcu stan lee cameo💖💖 pic.twitter.com/37wVJDq3JB

We stan a Stan! Rest in Peace Legend, Excelsior!

In October, twins Hassana and Hussaina were reportedly kidnapped in the Zurmi Local Government Area (LGA) of Zamfara state, Nigeria while they were distributing their wedding invitation cards.

Yesterday, a call from the twins to their brother was circulating social media.

This has got to be the most heartbreaking thing I’ve heard in a long time…. Who do we go to when the government is deaf to the cries of the people?! One of the #zamfaratwins abducted about a month ago in Zamfara telling their elder Brother they’re going to be slaughtered 💔 pic.twitter.com/v9D32Krg4L

For the benefit of those that do not understand Hausa, the call was a plea to their brother to save them from their captors as they have threatened to slaughter them if a ransom is not paid.

The initial ransom was reportedly ₦100 million. We later heard that the ransom had been reduced to ₦30 million and now, ₦15 million after negotiation.

Please SPEAK UP FOR HASSANA AND HUSSEINA.
This is too much!
NO FAMILY DESERVES TO GO THROUGH THIS!!! pic.twitter.com/DjbqhkTJj6

Abductors are making calls, recording videos and sending them out in demand of Ransom, but our security operatives have no technology to locate these criminals.

When shall we get it right? Homeland Security must be given a serious attention. Haba#ZamfaraTwins pic.twitter.com/hvuV6uysqn

Innalillahi wa inna ilaihir raji'un! My heart is heavy, imagine receiving a phone call from your love ones informing you that they are going to be killed😥😥😥😥
Ya Allah save the #ZamfaraTwins pic.twitter.com/ctwABVqVAN

Calls are made by the kidnappers (traceable calls).

Videos are sent over the Internet (traceable IP addresses).

The Zamfara state government isn’t doing anything about it

Governor Yari is silent about #ZamfaraTwins and others
Akwai appt. ranan Gobe

People telling me the issue of #ZamfaraTwins should be addressed to Yari have their phones and data, they can do so, as for me I have addressed it to the CinC if you're bitter come n beat me.
When villages where sacked in Zamfara did Yari do anything? He was in ABJ chilling.

Governor Yari of Zamfara State who was very silent when bandits were killing and terrorizing innocent people under his watch but suddenly regained his voice during the APC primaries in his State is, as expected, silent about the abduction of #ZamfaraTwins.

If Zamfara governor, minister and politicians and cannot rescue these girl, we can do it through crowd funding. #ZamfaraTwins

The Girls don't deserve to be sideline for whatever reason.

Saving Lives should be The
ONLY Thing That MATTERS.

It’s heartbreaking that a segment of Nigerian Twitter has decided to deliberately keep quiet about the #ZamfaraTwins were the shoe to be on the other foot, we on this side of the divide, would’ve stood shoulder to shoulder with whichever segment of our society was in dire straits

I was initially hesitant to tweet about the #ZamfaraTwins, because I agonized over the message being sent to the kidnappers – and it will encourage other kidnappers to do the same thing.

But I guess there's nothing we can do. We live in a failing state.

Praying for the safety and swift release of the #ZamfaraTwins. Also praying that everyone in a position to do something, does. Human life is too precious to be bargained over. 🙏

The Kupe boys are in Nigeria

Who are the Kupe Boys you might ask? Well, they a group of young handsome French men who became internet sensations after sharing videos of them dancing to a popular song titled Kupe.

They recently began touring cities around the world, wow-ing women and annoying men.

They are currently in Abuja, Nigeria for a show scheduled for today.

Here are a few reactions;

Abuja ladies, your kupe boys are in town o. You people should go and disgracefully throw your paynts and brassiere at them. 😂🤣😂🤣😂🤣 pic.twitter.com/ybbkACug2B

Wait! so these Kupe guys are coming to Lagos to remove shirt or what?

I hope this Nigerian heat melt those Kupe boys!!!

Wait! Are you people really going to go out to see the Kupe Boys?

What kind of name is Kupe Boys even?

They didn’t even sing the song.

I wonder how the person that sang it is doing now.

So these are the kupe boys some ladies were drolling over..See the first niggas stature! Complete kosrok)b)..The guy in the polka dots too..wakyea s3 poloo..and their legs in bows like guinea fowl..lol..they are normal guys Charlie..Na filter no y3 more! 😂😂😂😂 pic.twitter.com/JDAngCgDwu

Now that the kupe boys are in Abuja,and we’ve finally seen what they look like. They fooled us wit those photoshopped videos, made us feel our kings are not FRESH ENOUGH..Kings in Abuja can U please find them ND give them 50 strokes each? WE LOVE OUR NIGERIA KINGS, we sorry 😫😫

Someone said Kupe boys came to Nigeria and became kuje boys. When I tell you people all you need is iPhone and abroad weather to unlock your freshness you think say na lie. See how they entered Nigeria and they turned to low budget gta vice city 😭😭😭.

The Kupe Boys are on a World Tour and have been booked for shows in Portugal, England, Nigeria and more dancing to a song that doesn't belong to them or features them. The person who actually sang the song, A-Star hasn't even had his own World Tour. Cold world.

You people think you are embarrassing the Kupe boys by sharing their pictures but the embarrassment is on Nigeria, not them
Smh